It's a hidden drag on returns 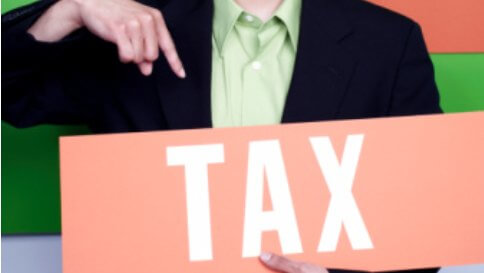 It seems Canadian ETF providers are paying more attention to foreign withholding taxes these days. Not so long ago, you rarely heard anyone discussing this hidden drag on returns. But last month BlackRock announced a significant change to its iShares Core MSCI EAFE IMI Index ETF, ticker symbol XEF, which makes up the international equity component of my Global Couch Potato portfolio. The change was made specifically to reduce the impact of foreign withholding taxes.

When the fund was launched in April 2013 it simply held a US-listed ETF, the iShares Core MSCI EAFE (IEFA). That was a convenient way of getting exposure to the 2,500 or so stocks in this large index. Over the last three weeks, however, XEF has gradually bought up the individual stocks in the index and now holds them directly. According to BlackRock:

“XEF will generally no longer be subject to U.S. withholding taxes. While foreign withholding taxes will continue to apply to dividends paid on certain international equity securities included in the XEF Index, it is expected that the change in investment strategy implementation will reduce the overall amount of withholding taxes borne directly or indirectly by XEF.”

A few words of explanation will help here. Most countries impose a tax on dividends paid to foreign investors. But when a Canadian ETF holds a US-listed ETF of international stocks (sometimes called a “wrap” structure) there may be two levels of withholding tax. What we’ve called “Level I” tax is levied by the countries where the stocks are domiciled (in this case, European and Asian countries), while “Level II” is an additional 15% withheld by the US government before the US-listed ETF pays the dividends to the Canadian ETF.

When you hold international equities in a non-registered account, you may be able to recover the final level of withholding tax by claiming the foreign tax credit on your return. But there’s no opportunity to recover withholding taxes if you hold the fund in a RRSP or TFSA.

So when a Canadian ETF uses a wrap structure with an underlying US-listed ETF of international stocks, withholding taxes apply as follows:

When the international stocks are held directly rather than via a US-listed ETF, there is a significant tax advantage:

The other side of the story

Many of iShares’ other international equity funds still use a US-listed ETF as their underlying holding, and all of Vanguard Canada’s use this structure. In recent communications with advisors, Vanguard has pushed back against the suggestion that the wrap structure is inherently more costly, with some justification.

First, some investors may believe that holding a US-listed ETF results in “double taxation.” They correctly point out that’s not true: while there are two levels of foreign withholding tax with this structure, investors don’t pay twice as much. The amounts withheld by overseas governments is quite a bit less than the 15% levied by the US. Justin’s analysis (explained in detail in our white paper) estimates it at approximately 7.5% for developed markets in a US-listed ETF. So it’s not double taxation.

Vanguard and iShares also contend, reasonably, that the additional taxes have to be weighed against the cost savings from holding a US-listed ETF. Remember, many of the foreign equity ETFs we’re talking about here have thousands of holdings in dozens of countries. Replicating these indexes with individual stocks would be costly, and there is an argument to be made for using highly liquid US-listed ETFs to get the same exposure, at least until the Canadian ETF has gathered significant assets (XEF is now approaching $200 million).

Right now, a lot of this discussion is abstract: we won’t really be able to compare the all-in cost of the various ETFs until they have a longer track record. But in the meantime, it’s good to know that ETF providers are aware of the issues, and that they’re taking steps to improve their offerings.

Dan Bortolotti is the consulting editor of MoneySense. He blogs here and at canadiancouchpotato.com. Find him on Twitter @CdnCouchPotato.