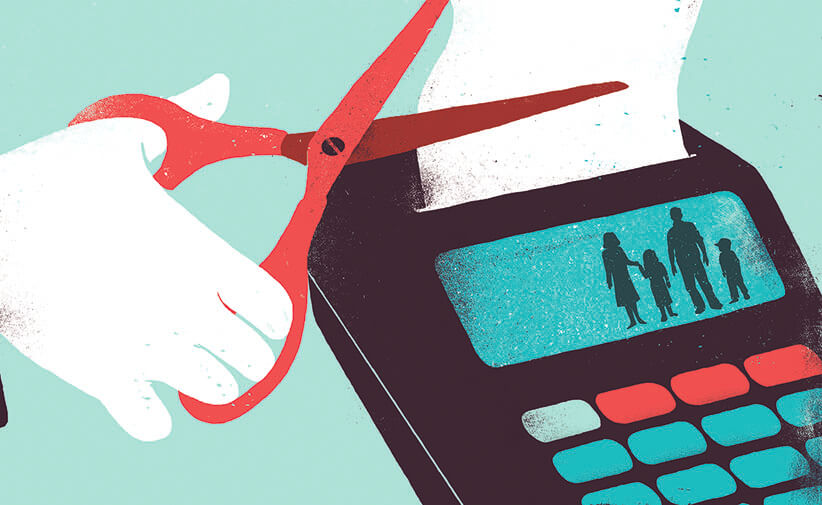 In 2011, Stephen Harper made a bold election promise: once the budget was balanced, his Conservatives would introduce income splitting for families with children under age 18. This would let couples shift income from the person in a higher tax bracket to a lower-earning or stay-at-home spouse, freeing up cash and reducing a family’s overall tax bill. Harper called it a matter of fairness, as seniors already enjoy pension income splitting.

“The burden of taxes falls more heavily on single-earner families than dual-earner families,” says Jack Mintz, director of the University of Calgary’s School of Public Policy, who believes income splitting would be a fairer policy. The Canadian Centre for Policy Alternatives argues income splitting mainly benefits families where one spouse earns a very high income and the other little or none. It does nothing for single parents, couples in the lowest tax bracket or in the same higher tax bracket, or couples with children over 18.

Issues of fairness aside, what about Harper’s desire to make it easier for families to manage the costs of raising kids? “You can make a strong case that our tax system extracts too much money from families with children,” says Malcolm Hamilton, senior fellow at the C.D. Howe Institute. “The most equitable way to fix it is not income splitting but allowing deductions and credits for the cost of raising children to a greater extent.” This could include increases to the Universal Child Care Benefit or Canada Child Tax Benefit. But financial planner Rona Birenbaum would first focus on the Child Care Expense Deduction, which is capped at $7,000. “Doubling it would help immediately.”