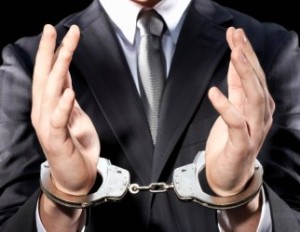 If you use a tax preparer to do your taxes, choose carefully. And be careful in accepting any proposals to reduce your taxes.

With Fraud Prevention Month well underway, the Canada Revenue Agency recently issued a news release “reminding Canadians that the minority of tax preparers and promoters who try to make money at the expense of Canadian taxpayers are not getting away with it.”

“Since 2000, 19 tax preparers have been assessed nearly $1.7 million in third-party penalties. Audits of 15 tax preparers are currently underway,” says the CRA release.

Tax preparers have been identified by CRA as a group at higher risk of tax non-compliance. Indeed, they are one of three areas targeted for special prosecutions through a special CRA initiative labeled Project Trident.

The convictions section of CRA’s website describes some recent cases of tax preparers who bent the rules and were subsequently convicted. Here’s five:

1. Martine Laprise of Saint-Sauveur Quebec was fined $41,252 for providing third parties with a total of $518,197 in false child-care receipts. She also “hired fictitious caregivers, who declared income equal to the amounts on the receipts issued in order to avoid raising suspicions from the tax authorities [and expenses were claimed against this income to allow the parties to avoid paying income tax].”

2. Elavalakanar Kanakaratnam of Guelph was fined $96,000. “Kanakaratnam had gained a reputation with his clients, mainly new immigrants with no knowledge of Canadian tax laws, as someone who could get them substantially higher tax refunds than other tax preparers. To fulfill this claim, Kanakaratnam fabricated deduction amounts, including child care expenses, interest and carrying charges, employment expenses, charitable donations, and property tax credits.”

Kanakaratnam also directed refunds totaling $160,377 to himself and his wife by changing direct deposit information from his clients to reflect banking accounts maintained by himself and his wife. A routine CRA review … “showed 31 tax refunds for 27 different individuals were being deposited directly into one of two bank accounts.”

3.  France Desjardins of Grand Falls, New Brunswick was sentenced to three months in jail and fined $35,991 for preparing fictitious T4 information slips used by another tax preparer to file fraudulent income tax returns. This is the second time Desjardins has been charged with tax evasion (on May 13, 2008, she was fined $32,093 and sentenced to 16 months of house arrest). Two other Grand Falls, New Brunswick tax preparers are facing related tax evasion charges.

4. Daniel Paradis of Edmundston, New Brunswick was fined $275,196 and sentenced to a conditional term of two years less a day of house arrest. He operated a tax preparation business under the H&R Block banner; a CRA investigation found that he had obtained fraudulent income tax refunds in excess of $250,000.

5. William Ankomah of Brampton was sentenced to just under two years house arrest and fined $50,000 for overstating charitable donation receipts from various charities on his clients’ income tax returns.