Playing with the FIRE movement

The FIRE movement preaches an extreme frugality that isn't sustainable for the majority of us. But taking on board some of its ideas in moderation could do most people a lot of good. 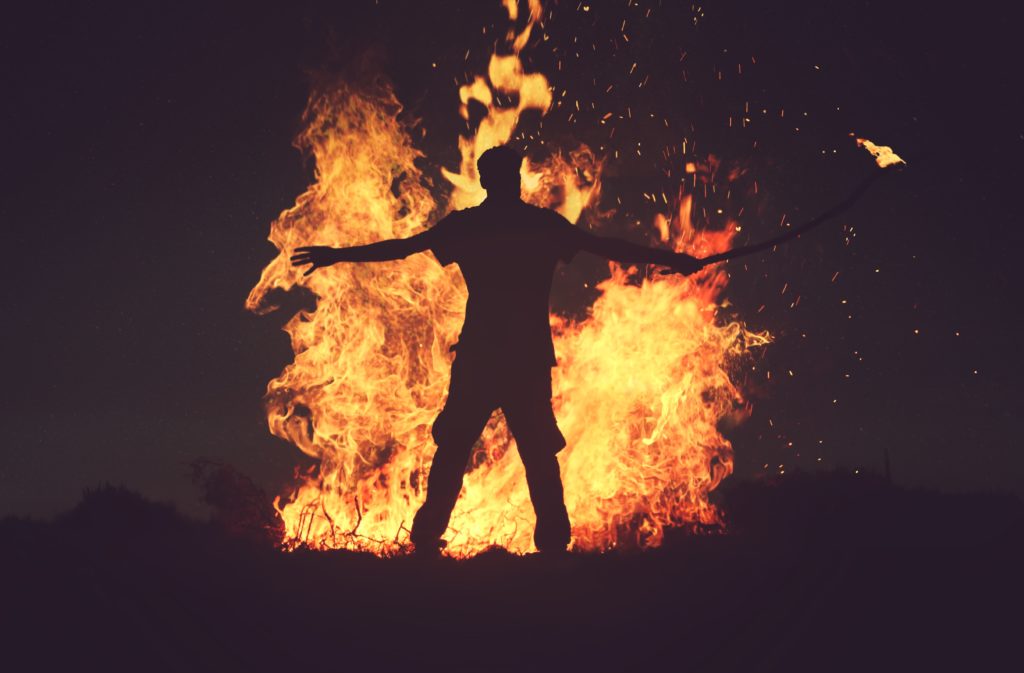 Photo by Mohamed Nohassi on Unsplash

The FIRE Movement–can it fix all your financial issues?

Jeff Huculak was on a spending spree—one that lasted more than 15 years. “To me, money meant I could get stuff and the social status that comes with it,” says the construction manager from Mount Albert, Alta. “I took a higher paying job and nothing changed—I just spent the extra money and couldn’t put away the bad habits.” While lifestyle creep piled onto credit cards, Huculak became a master at avoiding his family’s debt, which grew to a whopping $50,000, not including their mortgage.

Reality finally hit, hard, in 2017. “I had two kids to take care of and I wasn’t sure I was [fully living up to my financial responsibilities in that regard],” explains Huculak, now 38. “I was also sick and tired being sick and tired [of debt].”

While Huculak struggled, Canadian-born Peter Adeney, just seven years older, was already enjoying retirement—and had been since the age of 30. How did he do it? For nine years, the former software engineer and his wife saved around 60% of their annual income, which ranged between $22,000 and $100,000, plus bonuses.

For this accomplishment and his popular blog, Mr. Money Mustache, Adeney became an unofficial frontman of the FIRE movement. The acronym stands for Financial Independence Retire Early, and the FIRE movement, which suggests saving 50% or more of your net income to shave decades from your working life, is certainly not for everyone.

Playing with FIRE, a documentary chronicling a young family’s switch from mindless spending to extreme saving, brought attention back to the FIRE movement philosophy. (You can watch the trailer here.)

Also keep in mind Canadians are sitting on more than $2.3 trillion in credit and mortgage debt, according to Statistics Canada.  “[Many] are trying to keep up with the Kardashians and living their ‘best lives’ through the lens of consumerism,” explains Chantel Chapman, founder of What the Finances, a consulting service that teaches meditation to jumpstart mindful money management. “The FIRE movement presents a sense of freedom and, at the deepest level, that’s what we’re all searching for—liberation from pain and suffering.”

Although Adeney jokingly refers to his blog as a “cult,” the FIRE followers you’ll encounter in the documentary and in media coverage like this don’t come off as brainwashed adherents; they come off as incredibly relatable. “I never paid attention to the finances, I thought it will all work out,” Taylor Rieckens, who traded an upscale life with her husband and young daughter in California to give FIRE a try, told The New York Times. “After I had a baby, I had stress around how I could spend more time with her. I was almost a slave to my job because of the way we were living.”

That’s a common complaint, says Liz Schieck, a certified financial planner from Toronto’s New School of Finance—whether or not there are kids or a spouse in the picture. She isn’t surprised by FIRE movement’s popularity. Working longer days in pursuit of consumerism, she says, “people are burning out faster than they used to.”

So, of course early retirement sounds enticing. But in no way does FIRE make it sound easy. Adeney, the self-made financial guru, said goodbye to modern “necessities”—smartphones, cable TV service and any car that costs more than $5,000—and maintains a lean spending attitude. During is ramp-up years, his financial plan assumed a modest average return of 5% on investments, relying on money-saving tips that include cutting cable TV and lattes, which, he says can boost savings by up to 15% and allow a middle-class household to retire eight years sooner. Today, Adeney and his family live on a very modest $25,000 per year.

When the FIRE movement is too strict a lifestyle

While Adeney and other FIRE fans are happy to slash their budgets, Schieck says such an aggressive plan is unsustainable for most people. “Eventually it crumbles; you have to have room to enjoy your life.”

Today, that is Jeff Huculak’s perspective. After his financial wake-up call in 2017, the Albertan picked up a temporary job as a driver for Skip the Dishes, a food delivery service. After clocking a full day in his job as a project manager in the construction business, he worked an extra three to six hours, up to six nights a week. The extra income, combined with commitment to a scaled-back lifestyle, allowed him to pay off the family’s $50,000-plus debt within 13 months.

After Huculak’s period of hard work, he says the ultra-frugal mindset of the FIRE movement is not for him. “Financially, it’s not realistic, even though we don’t have debt outside of our mortgage. Daycare is $1,600 a month,” says the budding Instagram personality (@debtdad), who shares a six-figure household income with his wife. “It’s good for people if they want to retire that early but I think it’s also important to live.” He chooses not to nix trips to Disney or extracurricular activities for his two daughters, although he still makes investing for the future a priority: “We save approximately 11% on top of contributing to our kids’ RESP accounts*,” he notes.

Financial planner Schieck suggests saving 10% to 20% of your earnings is a realistic goal, particularly for those juggling the many costs associated with owning a home and raising a family. “As you go through the stages of life, the things that can be cut start to be fewer,” she says. “Student debt, mortgages and kids end up being expensive.”

Chapman, the proponent of mindful money management, cautions that extreme saving can be a financial disorder equal to overspending. “If you’re saving because you want to work towards something meaningful and there’s not a lot of suffering in it, that’s healthy. If you’re creating a sense of suffering and not allowing yourself moments of joy because of a fear of scarcity, that’s unhealthy.”

There are ways to take elements of FIRE on board without becoming a full-on follower. Here are some lessons to learn from the hype:

While saving consciously with the goal of finding the freedom to live life on your terms gets the thumbs-up, the experts agree not everyone wants to retire early. Huculak says, “We don’t have a set retirement date and I don’t necessarily want to.” Even though he no longer needs to work two jobs, inspired by his own journey out of debt, Huculak plans to become a financial coach in addition to continuing his current career in construction. Meanwhile, he’s working towards paying off his $400,000 mortgage within 12 years.

Take inventory of your values

A key to FIRE practice is ending the cycle of wasteful consumerism. While you needn’t go as far as adopting a buy-nothing-new philosophy, Chapman considers the anti-consumerist call to action as an opportunity to slow down and connect to what’s most important to you. “I used to love to shop, and the ‘treat yourself’ mantra was dictating all my expectations of money. And then I realized I can feel the same sense of joy by sitting and watching a sunset,” she says. The math is simple: Less emotionally-charged spending equals more cash flow for savings and debt repayment.

On- and offline, it’s common for FIRE enthusiasts to share their financial status, celebrate their financial victories and provide each other support during hard times. “It’s good to talk about money, [yet] no one wants to be the first person who says ‘I can’t afford to go to a birthday dinner at that restaurant,” says Schieck. “When you are more open and honest about money, it helps [other] people feel less shame about their situation—and less resentment because they don’t need to spend on things they can’t afford for the sake of a friendship.” When you and your friends understand each other’s financial priorities, declining an invite to a destination wedding or a weekend getaway won’t automatically be perceived as a slight. Try speaking up and suggesting a night in over a pricey tab at a cocktail bar. After all, it’s the easy conversation and companionship that bring the most value in your life.

Schieck suggests setting limits on spending with a Marie Kondo spirit: Cut out the things that don’t spark joy and keep the things that do. If a yoga membership balances your mood and overall health, then let go of something else to cover that expense; maybe you dine out less often if you’re not a genuine foodie. There’s no one-size-fits-all plan to saving money, and Schieck adds there’s no guilt in keeping some nice-to-haves when you stay committed to your financial goals.