Talk break ups before buying with a partner

"I couldn't afford not to have this conversation"

“What happens if we break up?” I asked my partner as we were about to put in an offer for a condo. It wasn’t the sexiest thing to say during an exciting (yet financially terrifying) moment in our relationship, but it was important one. “We can sell the unit, and split the money 50/50,” he said casually, as if I’d just ask him if he wanted pasta or pizza for dinner. “We’ll get a legal agreement drafted.”

My partner’s remark didn’t catch me off guard. When we first started renting an apartment together, we also signed a contract. We decided that if we split, it would be up to the two of us to continue paying rent until we found new tenants, even if one of us moved out. It felt a bit strange to talk about breaking up before we even lived together, but I wanted to make sure if something happened, I wouldn’t be out of pocket—or without a place to live.

Now that we were buying a condo, the stakes were even higher, so I couldn’t afford to not have this conversation. It was incredibly important for both of us to protect our assets should something go wrong, especially since we are not hitched and don’t have the same rights as married couples do. So, when we found out we got the condo (!), we also had to sit down and decide how we wanted to lose it if we were to split up.

Why couples should get a legal agreement

According to Andrea Di Battista, a family lawyer based in Toronto, it’s smart for couples who aren’t legally married to sign a cohabitation agreement when purchasing a place together. Essentially, Di Battista explains, a cohabitation agreement lays out various rights within a relationship—including who owns what—and outlines what would happen to a shared property should a couple break up.

Di Battista says this type of contract can be drafted by a lawyer, and it’s a good idea that each party seeks independent legal counsel before signing anything. That way, she says you’re both aware of what you’re agreeing to. “It’s worth the investment to ensure that there are less or no problems down the road should the contract ever have to be called upon,” she says.

In our case, my partner and I agreed that if I could no longer stand his growing plant collection, or he wanted to walk away from our hair-clogged drain, we would sell our condo and split the sale 50/50. Our agreement is relatively straightforward, family lawyer Laura Paris says, since we each paid half of our down payment, are both on title (meaning we are both listed legally as owners), and split all of the property’s associated fees. But for couples who own different portions of a property, things can get a bit more complex.

“If you have people coming in with different types of assets, or one person is putting in the down payment but then the other person is going to be contributing solely to the mortgage, that’s where things get more unique,” Paris says. In these types of cases, Paris says it’s important for couples to clearly define the terms of their situation in their cohabitation agreement to make sure each party gets out what they put in. “You each want what you’re entitled to,” she says.

Financial expert and author Kelley Keehn also points out that when you’re drafting up an agreement, you should be upfront about the day-to-day duties of home ownership, too. “You want to make sure one of you is not planning to decide to move for work in the next few years, consider insurance for mortgage payments if there’s an emergency, and of course, a liquid home fund too if there are repairs that have to be make immediately,” she says.

There’s different rules for common-law couples vs married ones

A cohabitation agreement is particularly important for partners who haven’t wed, since they have different rights than married couples. “When you’re married, there’s very clear legislation as to how assets are divided,” says Paris. “In common-law relationships, the law is not so clear.”

In Ontario, where I live, a couple is considered common-law if they’ve been living together in a “relationship of permanence” for at least three years. (Be sure to check your province or territory’s common-laws rules as they vary.) The exception to Ontario’s rule is if a couple lives together and has a kid together, they are common-law as soon as the child is born, regardless of how long they’ve been sharing a space.

Di Battista explains that when a married couple separates, they are entitled to an equalization payment, which includes a division of property. “The goal of an equalization payment—with few exceptions—is to make the financial impact of the marriage equal for both parties,” she says. “That property right—the right to claim equalization—does not apply to common-law spouses.”

If you don’t get things in writing, you could be in trouble

Cohabitation agreements lay out what happens to the property (whether you’re going to sell or if one person can buy the other out), how much each partner is entitled to, and who is on the hook for any costs—for example, staging costs or cleaning fees. But they can—and should—cover all sorts of other things, like what happens to your furniture or how many property appraisals you’ll get before you sell.

If you don’t have a contract and you can’t reach an agreement on your own, Paris says you may end up going to court to make what’s called a trust claim. While there are different types of trust claims, in these situations it often refers to a case where a person argues they’re entitled to a portion of property—even though they don’t hold a legal title—because they’ve contributed to its upkeep. Contributions can be financial, labour-related, or even domestic duties. To make a trust claim, you need to gather evidence to support your claim, which Paris says can be a costly procedure.

That’s why, while a cohabitation agreement may cost between $2,500 to $5,000, Paris says getting one can save you several thousand dollars in legal fees in the long run. She points to situations where a couple starts out amicable, but things later got messy because they didn’t have an agreement in place. “It’s unfortunate because a lot of people don’t even recognize that these types of things are actual issues and that these things can occur,” she says.

Talking about breaking up doesn’t mean you will actually split

It should be made clear that just because you talk about what would happen IF your relationship ends doesn’t mean doomsday is around the corner. In fact, talking openly about financial matters like property is a good thing for a relationship, says financial expert Keehn.

“We all have financial baggage, and when you become a couple, it’s compounded,” she says. “It’s hard to know how someone really feel about such a broad topic as money or finance, so it’s important to keep the conversation safe, open and have it often.”

Keehn says that even having daily “micro conversations” about money matters can make a huge difference in a relationship, and ensure that you’re both on the same wavelength about things. And that way, should anything happen, you aren’t caught off guard by a situation.

When it comes to my cohabitation agreement with my partner, I find comfort in knowing that we’re on the same financial page when it comes to building a home. And, even if breaking up isn’t a fun thing to talk about, I know that if things do go south, I won’t be heartbroken and completely broke. 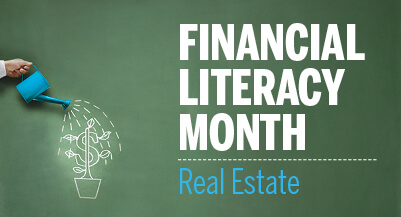 8 ways to start the home-buying process

Thinking about taking this big step? Here's what to...

The Conservatives’ pre-election promise to increase the amortization period... 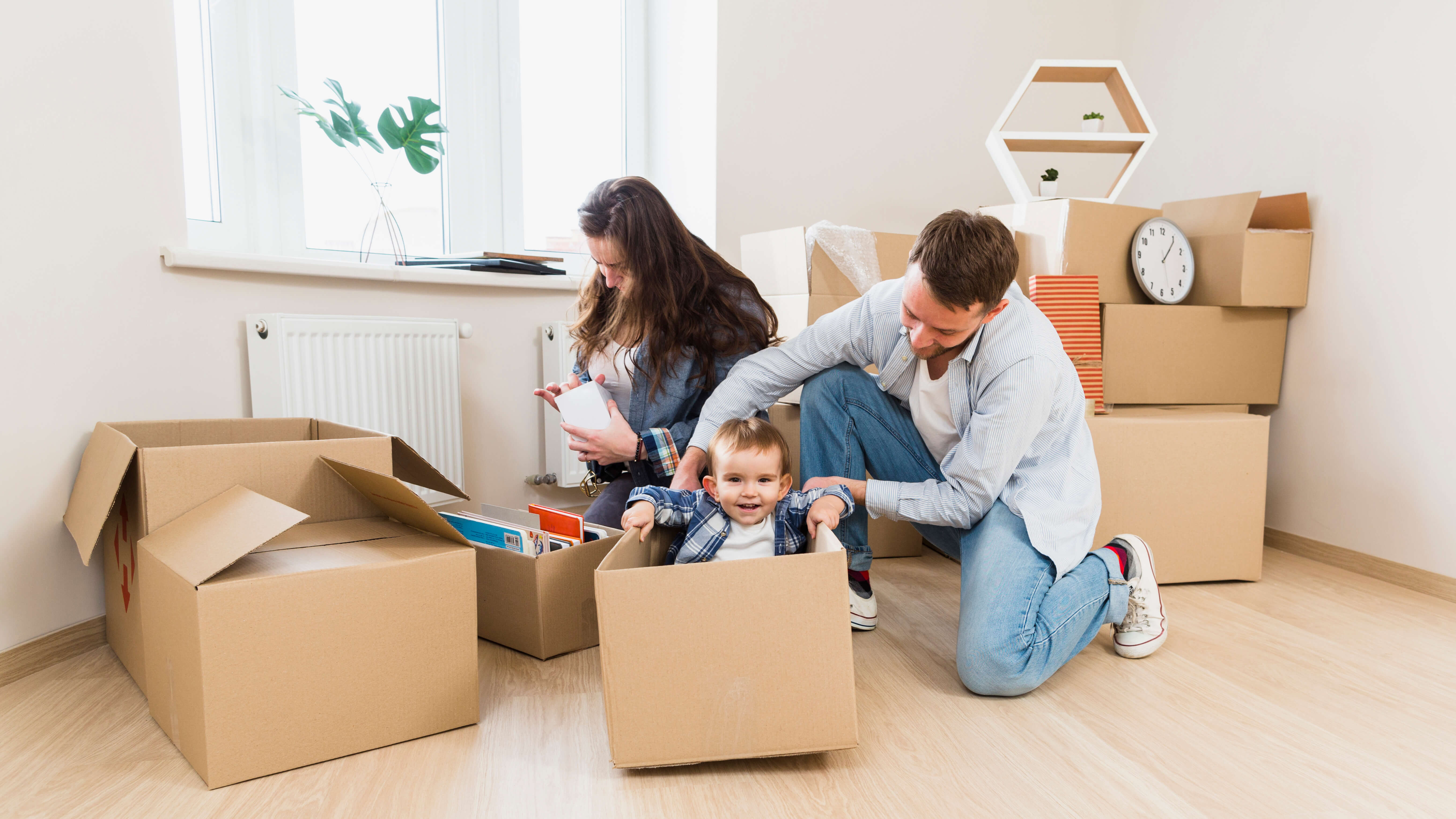 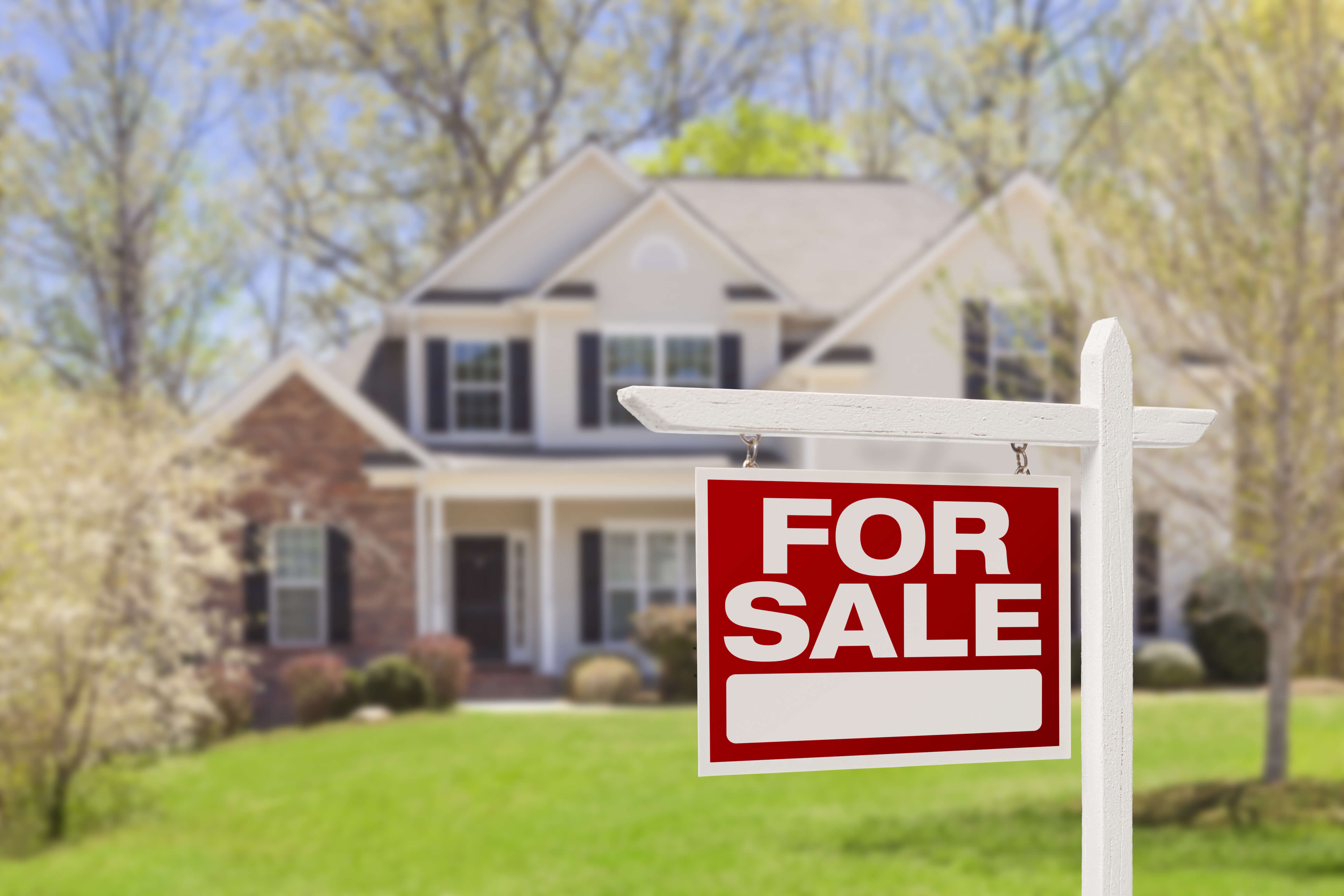 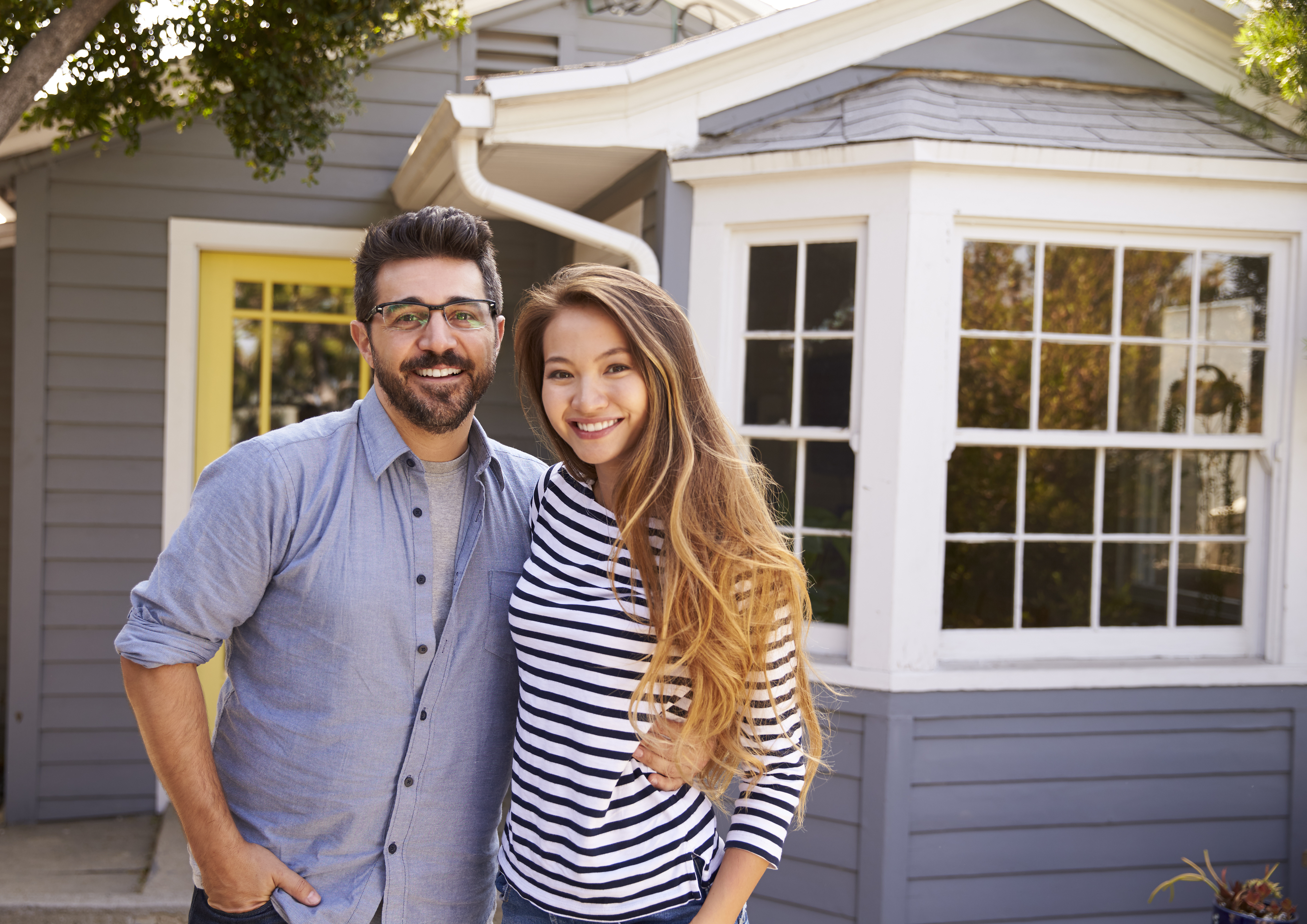 How to get the best mortgage rate in Calgary

We asked a broker to share his best tips...

Read How to get the best mortgage rate in Calgary 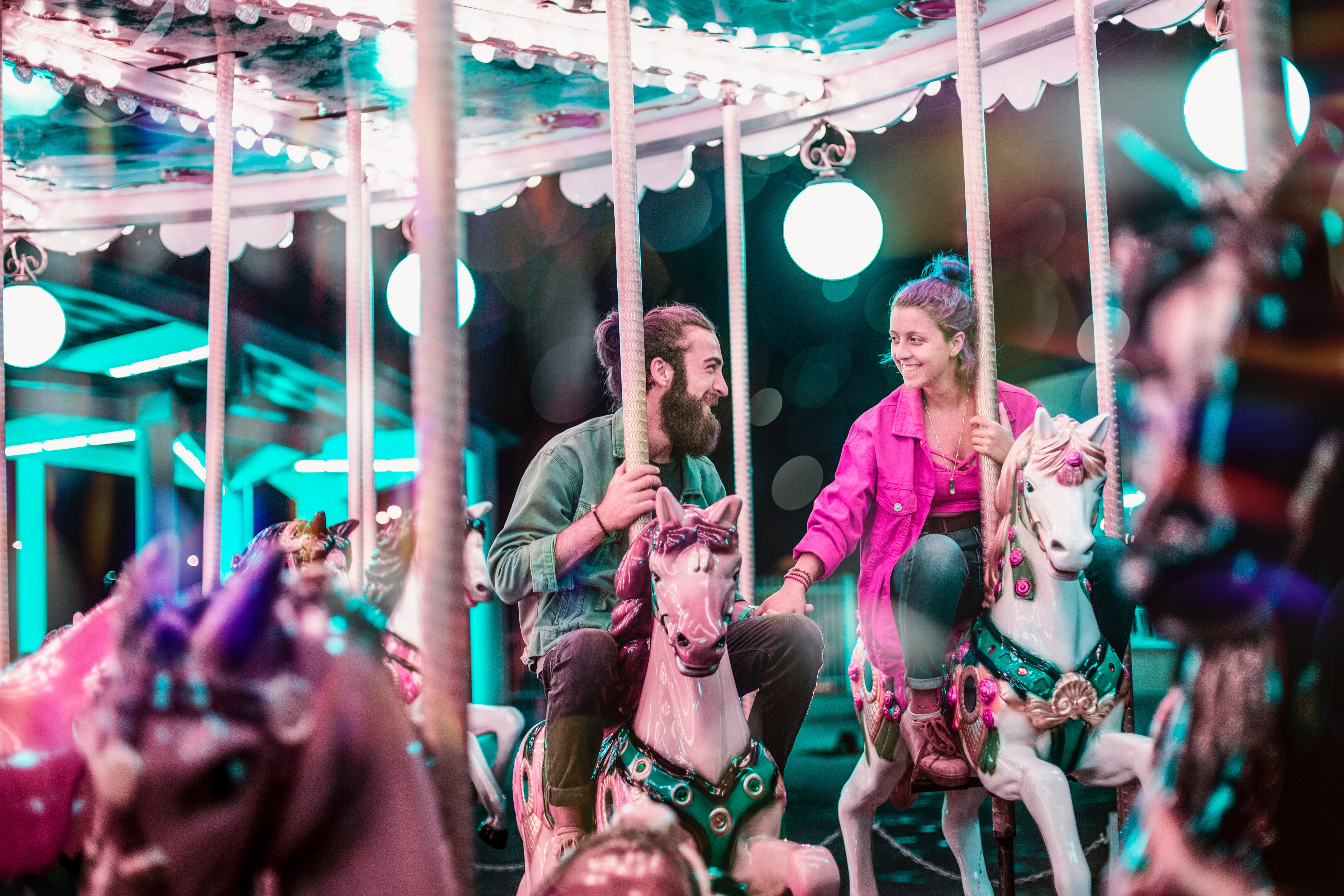 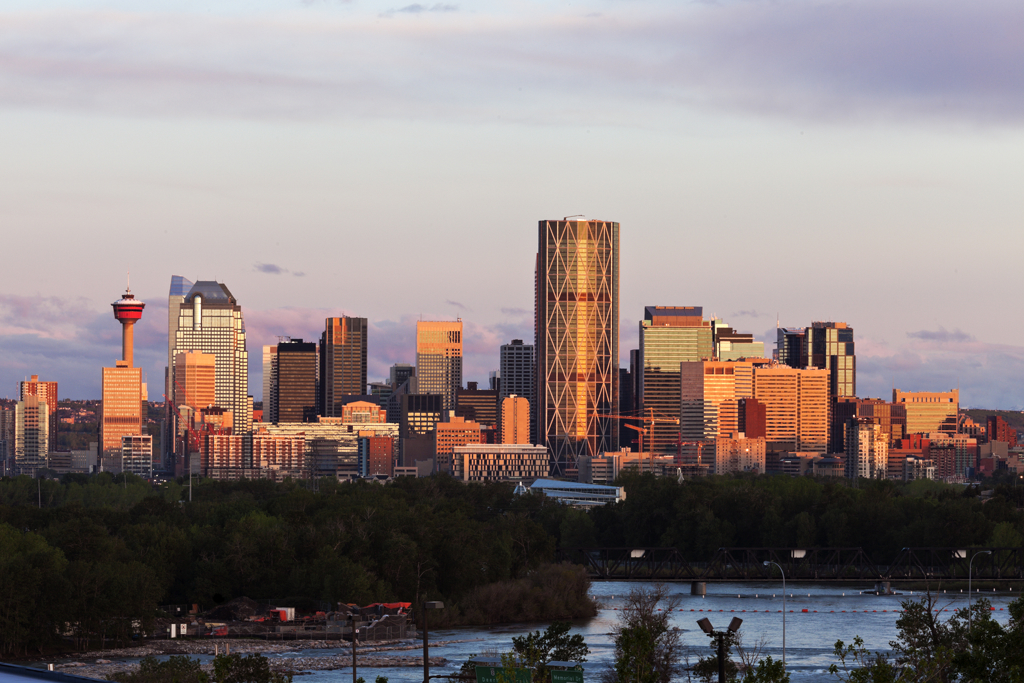 Where to buy real estate in 2019: Calgary

More than half of this year's top 10 Calgary...

Read Where to buy real estate in 2019: Calgary 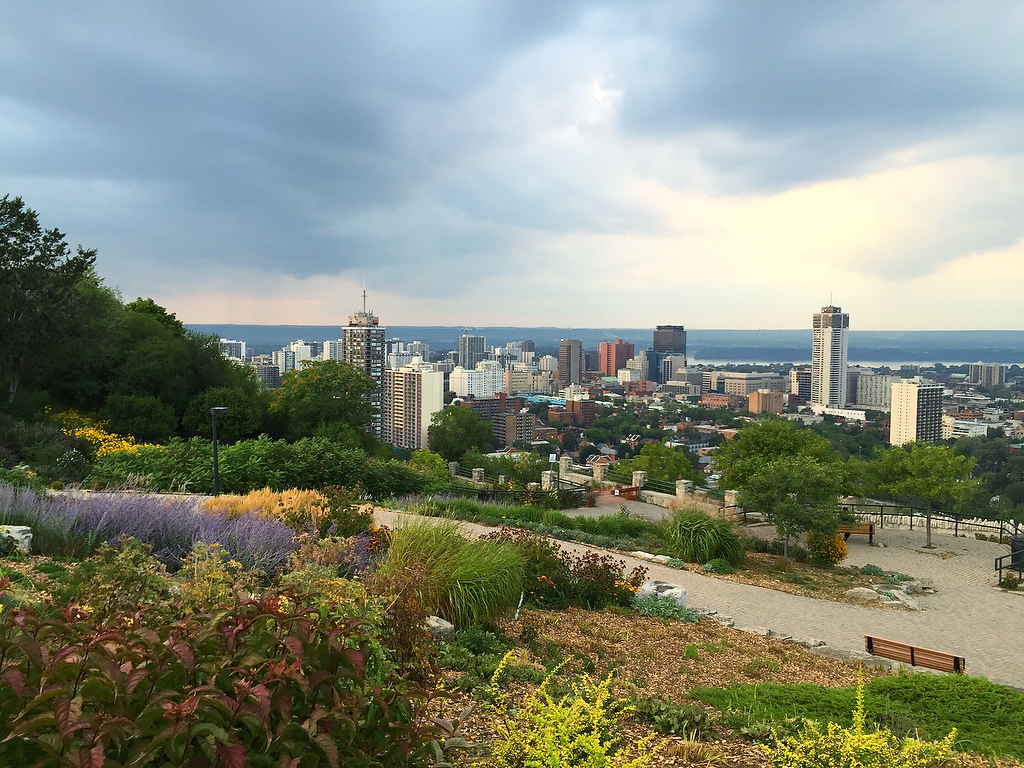 Corktown—with it's old-world nuance and easy-access to the GO...

All three of our top-ranked regional neighbourhoods are in...