If you could rewind 365 days to January 2015, would you short the Canadian real estate market? Given the predictions back then—of an imminent bubble burst and a housing market crash—hedging on real estate losses would’ve been a smart, speculative position. Of course,  any active investors who did bet against the real estate market wouldn’t have done too well.

Contrary to all the predictions, the Canadian real estate market, once again, had a record-breaking year in 2015. Toronto and Vancouver continued their hot streak even as Alberta and Saskatchewan cities watched their housing sales slide; still, the rest of the nation’s housing markets started to balance out—moving closer and closer to a more stable, reasonable market.

So, what should we expect from Canada’s real estate market in 2016? This time the analysts are predicting more of the same. It’s a safe position, but one that’s well-grounded in the economic fundamentals currently impacting our nation’s economy. Here’s what to expect.

A tale of three markets

The three housing markets that currently make up Canada’s real estate sector will continue, says Gurinder Sandhu, executive vice president, RE/MAX Integra Ontario-Atlantic Canada region. “High demand coupled with limited supply will continue to support the strong Toronto and Vancouver markets,” says Sandhu. “Virtually the rest of the country is now balanced so expect only modest price increases, while the markets that are oil dependant will see more price reductions and a smaller number of transactions, which will push average prices down.” 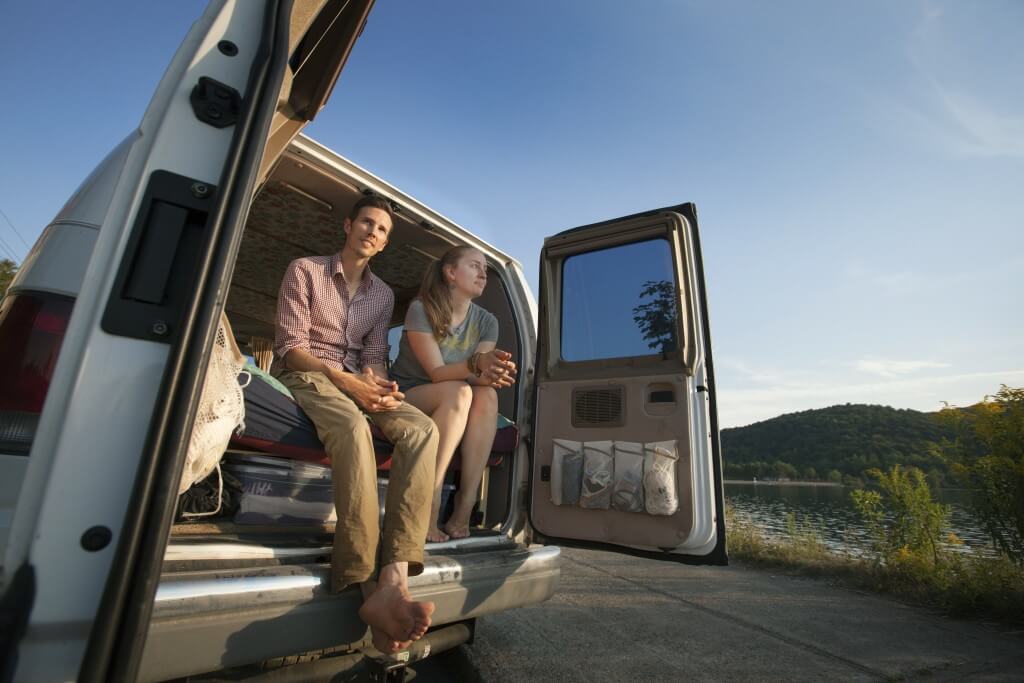 To hell with this housing market

Bank of Canada weighs in

For Alyssa Furtado, CEO of RateHub.ca, the worrisome aspects of the Canadian housing market haven’t gone away—even if the market is still operating under the status quo.

“If the Bank of Canada were just examining the nation’s housing market, they would’ve increased interest rates by now,” explains Furtado. But the economy is an intricate web of interrelated factors—some of them domestic and some of them global. As a result, the BoC announced, on January 20, 2016, that it would maintain its overnight target rate at 0.5%.

But this doesn’t mean the central bank isn’t concerned about potential housing bubbles.

Over the course of the last 12 months, arm’s length government agencies have implemented changes to help slow down quickly appreciating housing markets. For instance, in early 2015, the Canada Mortgage and Housing Corporation raised premiums on high loan-to-value mortgages—mortgages, where the buyer puts less than 20% down to purchase the house—not once, but twice. Then the newly elected Liberal government announced changes to the minimum down payment on homes valued at $500,000 or more (for more on how these new minimum down payments work, go here.) The new minimum requirements are scheduled to take effect on Feb. 15, 2016.

“These regulatory changes are much less severe than an interest rate increase,” says Furtado, “and didn’t cool the hottest markets.” As a result, Furtado believes there are more changes to come. “I anticipate the government will continue to make little tweaks and if markets don’t cool we will see more changes in the future.”

Part of the reason for these smaller, more incremental changes is that Canada’s housing market is one of the few robust industries left in the current economic environment. “Deliberately cooling the market is a dangerous tactic,” explains Will Dunning, chief economist for Mortgage Professionals Canada (formerly known as Canadian Association of Accredited Mortgage Professionals). “Housing interacts very powerfully with our GDP and we could do immense damage to the broader economy by trying to cool specific markets.”

“We have to ask: What problem are we actually trying to solve?” For Dunning the real problem is lack of supply. “We don’t have excessive demand, because units are being absorbed. We have a lack of supply problem and that won’t be addressed by rate changes or mortgage regulations.”

These rock-bottom rates has implications for Canada’s rising household debt numbers. In its most recent Monetary Report, the bank conceded that their own rate cuts last year helped fuel the increase in debt spending, but the Bank apparently feels confident that recent regulatory changes, and rising real income due to lower oil prices, will  result in more moderate spending levels. As 2016 unfolds, the BoC expects the economy to strengthen and for borrowing rates to “begin to normalize,” which will help keep “the housing market and household indebtedness…to stabilize.” This is the point where house prices, even in hotter markets, will start to slow down and stabilize—at least, that’s what the BoC predicts.

While it can’t be argued that low interest rates are the driving force behind the almost daringly strong Toronto and Vancouver housing markets, there are other factors that impact Canada’s housing market to consider. One that briefly dominated media headlines last year was the impact foreign buyers had on Canadian housing prices.

“The Canadian housing market is considered the darling of the real estate world because of our stable regulatory environment,” explains Sandhu. “The regulations in place make sure that our national market stays on even footing.” This coupled with loonie’s decline in value, means those with access to non-Canadian currencies may find our housing stock more attractive. “When you examine housing prices in Toronto and Vancouver and compare it to London, UK, New York, or Singapore, we’re still seen as a more affordable option.”

Still, Sandhu isn’t too concerned about the impact foreign buyers will have on the market. “These aren’t buyers who live outside of Canada and simply buying an empty nest. These are new Canadians entering the market. They’re starting families, buying homes and setting down roots,” says Sandhu. “Remember, Canada is very attractive because it’s stable politically and economically, it’s got great education and the best places to work.”

Overall picture for home owners in 2016

For homeowners in the enviable position of having a stable income, this is a great year to ride out a variable-rate mortgage, if you’ve already got one, or to shop around for a cheaper, short term mortgage, says McLister. “There’s no rush to lock and there won’t be until the 5-year government bond yield hold above 1.20%.”

Homeowners may also want to tackle their biggest debt by paying down their mortgage faster. For tips, read Crush your mortgage, although, there are some valid arguments against paying down your mortgage sooner when rates are still so low.

The take-away for home buyers in 2016

In the vast majority of Canadian housing markets, this year will present buyers with the opportunity of time. This is in stark contrast to the housing market buyers faced between 2012 and 2015, when prices drastically and consistently increased. “It’s a luxury,” says Sandhu, “as it gives the buyer an opportunity to shop around to find something that best suits their needs.”

Still, Laurin Jeffrey, real estate agent with Century 21 Regal Realty, won’t be surprised if there’s a spike in sales before the higher down payment rules take effect in mid-February. “We’ve seen it before: buyers panic easily prompting a surge in sales in the months leading up to a major market change.”

Buyers looking to hold off until after the new rule takes effect probably won’t make out too well, says Jeffrey. “Historically, the spring market is the busiest house buying season and prices can spike as much as 10%.”

In addition to the spring buying surge, buyers in Toronto and Vancouver should brace themselves for tougher mortgage requirements and a return to bidding wars.

Those brave enough to buy in oil producing provinces, such as Alberta and Newfoundland, may see a further erosion of housing prices—which could translate to paying less for more house. Keep in mind, though, that the eroding job market in these commodity-dependent provinces could mean more lender losses and this could translate into tougher lending conditions. For those looking to get a mortgage, expect more due diligence from your lender, which could take more time and require you to submit more paperwork.

Documents required to get the best mortgage rates »

What sellers can expect in 2016

In most markets in Canada, sellers will have to adjust to a slower market where multiple offers are no longer the norm. “Expect your home to stay on the market for a little longer as buyers take time to shop around,” says Sandhu. However, this advice doesn’t apply to homeowners planning to sell single family detached, semi-detached or row homes in Toronto and Vancouver. In 2015, these housing types made up the lion share of all sales in the Greater Toronto Area—accounting for 88% of the resale activity in 2015. Sellers with low-rise properties in hot markets can expect continued bidding wars and further price escalation during the hotter buying seasons in 2016.

In oil producing areas, such as Calgary and Saskatoon, prolonged low oil prices will mean further job losses. This will cause more people to lose their homes, which weakens home prices in these markets. Sellers should keep this in mind when pricing their home for sale. When possible, waiting to list until oil prices rebound (and jobs return) may help to mitigate any potential loss due to a declining housing market.

The top tips for real estate investors in 2016

Despite all the advice about not buying a residential property for income purposes, many still do. “Investors are in the catbird seat,” says Jeffrey. “The rental market is tight as vacancy rates still hover in the mid-1% range. Buying any property to rent out continues to make sense, as long as you have a large enough down payment to ensure that rent covers expenses.” For that reason, Jeffrey prefers multi-unit houses over condos—”houses are historically better at holding their value and appreciating over time.”

For Toronto investors keen on condo purchases, Jeffrey suggests sticking with east end properties. “Condos east of Yonge Street have almost caught up to west-end and downtown prices, but still currently sell at a bit of a discount.” He suggests checking out the Canary District, the area east of Bay and Front Streets, Regent Park, Riverside and the strip between Sherbourne and Broadview. “Personally, I think the option to get in at a pre-sale is best.”

This said, anyone thinking of buying an investment property should first start with a financial plan and a budget.

Will there be a housing market crash in 2016?

CIBC Chief Economist Benjamin Tal discussed concerns at a TREB event on January 18. “The world economy is in unchartered territory, but we have to keep things in perspective.” He concedes that lower oil prices and a devalued loonie are taking a toll on household budgets, but arguers this is just part of much-needed world-wide rebalancing of an economical equation. “Prior to 2016, oil producers were making more money than oil consumers.” As a result, we’re just seeing a transition: A rebalancing between oil producers and consumers. “No question, 2016 is a transition year,” says Tal, “from something bad to something better.” But he believes the biggest obstacle the Canadian real estate market must overcome is perception. “I was in New York and investors were convinced we are the poster child of a housing bubble.” He argues this belief will turn into reality without information. “This requires accurate data”—data that must become a priority for the government to collect, says Tal.

But does that mean we’re on the verge of a bursting bubble? No, says Tal. “The fundamentals just don’t support this.”