Are software installation fees a rip-off? 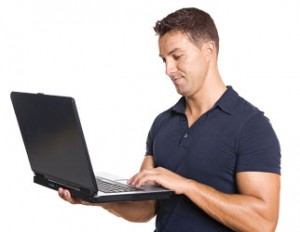 On a recent visit to my local Future Shop in search of a new laptop, I spotted a powerful-looking model selling for just $459. Sam, the sales associate who zeroed in on me, quickly moved into a pitch for Future Shop’s ConnectPro service, saying the staff would set up the computer for me for $99.

During a subsequent visit to Staples, the sales associate also offered to set up a new computer for $99, telling me the process would take “around four to five hours.” I was baffled. Didn’t these machines come with the software already loaded? What exactly do you get for your $99?

It turns out these computers do come from the manufacturer with Windows installed. So your $99 just gets a Future Shop staffer to click through the license agreement, install an anti-virus program and create a recovery disc to reinstall the operating system in case of a meltdown. They also remove some programs that are pre-installed on the machine by the manufacturer.

According to Francis Bourgouin, a Montreal-based computer consultant, the average computer user could easily do these steps in about 45 minutes, saving themselves a fee that adds up to about 25% of the price on the lower-cost machines. “The Windows setup is pretty easy to do,” he says. “Microsoft tries really hard to make it as simple as possible.”

But what about the anti-virus software? The offerings from Future Shop and Staples “are not a very good deal,” Bourgouin concludes. He says there’s a ton of decent free anti-virus programs available online, such as Microsoft’s Security Essentials. As for creating recovery discs, Bourgouin says it’s also simple. You just keep inserting discs in the computer “until it tells you to stop.”

However, Future Shop spokesperson Elliott Chun warns that some customers may have trouble if they don’t pay for the setup service. “Windows 7 is not intuitive for all consumers to set up and install on their own,” he says. Rick Atkinson from Staples also says his service is valuable. “This will save a customer time, or if they have never set up a computer before, save them the headache of doing it themselves. We believe this is a terrific value for customers who are not able to do this on their own.”

Indeed, if you’re computerphobic—or happy to pay a fee to save an hour or so of mouse-clicking—these set up services may be worth it. But for the average user, you’re probably better off skipping this high-profit add-on for the retailers and doing it yourself.