He's enjoyed good returns, but Narayan may have too much exposure to Canada 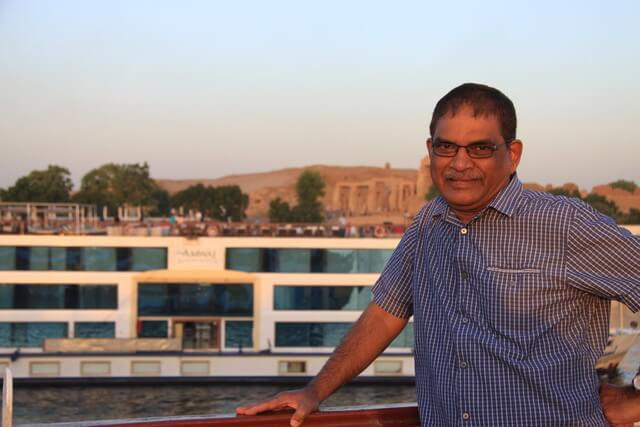 Narayan Dixit, 71, has been retired for two years from his job in the field of Information Technology. For the past few years, Narayan has been perfecting an investment strategy for his TFSA, which besides a couple of U.S. stocks, is mostly invested in Canadian equities. “Right now I’m mostly invested in financials and utilities,” says Narayan. “I have four equities and none has given me a yield of less than 4.5% annually. Plus they’ve increased about 8% total (capital gains and dividends) annually, so I’m happy.”

Narayan, who spent much of his working life in the banking industry, started investing with mutual funds over 30 years ago. At work, he subscribed to his employer’s stock purchases plan and put in the maximum allowed. “I used the DRIP program and reinvested every penny in dividends,” says Narayan.

Three years ago, Narayan started to concentrate on a strategy for his TFSA and spends about two hours per week on his investment strategy for his entire portfolio. “In general, I sell any stocks I hold (in the TFSA/RRSP or non-registered portfolio) as soon as it has a 15% gain or a 20% loss on the year,” says Narayan. “Before that, I bought any stock that got me excited and I got burned several times. That’s normal in the learning process but it was frustrating.”

Right now, his TFSA dividend stock strategy has been a winner for him. And while Narayan admits he likes steady income from his TFSA, he has never bought guaranteed investment certificates (GICs). “There’s just no growth potential at all with GICs whereas, with my dividend stocks, the growth potential is substantial,” says Narayan, especially because he thinks 2019 will be a very good year for financials.

Right now, his TFSA strategy is to only hold up to 20% in any individual stock and his five holdings right now include three financials and two utility stocks: Bank of Nova Scotia, CIBC, TD Bank, Enbridge and Algonquin Power. His TFSA total today? Around $70,000. Most of his gains he chalks up to his own research and strategy. “I think investment houses are meant to line their own pockets,” says Narayan. “I have been gathering data on my own investments and I outdid the returns from my investment house on my RRSP portfolio tenfold. Really, once you have a strategy you’re committed to, the rest is easy. It’s just the odd transaction fee.”

And while he says he will not need the money in retirement, he does have a TFSA plan. “I may gift it to my kids but they are telling me not to do that. I’m from India and I know of organizations that for a $200 donation a year, doctors can perform cataract operations on 100 kids. I like contributing money to causes like that. I’m also interested in the work that several volunteer organizations are doing to feed the poor and giving $300 a year to such organizations gives me tremendous satisfaction. I like to think that my TFSA money will in future be used to fund some of those good works.”

“I’ll begin by pointing out that people like Narayan need to be careful not to buy securities that trade in the U.S. in their TFSA because the favorable tax treatment will be foregone,” notes  John De Goey, a Chartered Investment Manager and Certified Financial Planner with Wellington-Altus Private Wealth Inc. “As such, individual securities that trade in New York are a no-no for TFSAs. Similarly, if one were to buy an ETF that invests in American stocks or indexes, it would be advisable to buy a Canadian product that trades in Toronto with a similar or identical mandate.”

DeGoey’s next observation is that two hours a week in looking at a portfolio is about 115 minutes too many.  “He has all of his money tied up in Canadian securities, so there’s a considerable home bias at play here. My view is that one or two ETFs with a Global mandate would do him some good (perhaps something that expressly excludes Canada like VXC from Vanguard).  The trailing annual dividend for VXC is less than 2%, but the idea behind products like VXC is to get people invested outside of Canada without adding a penny to the current holdings (which are sitting at 100% in this scenario). ”

DeGoey goes on to explain how the added diversification might be a little more volatile, but it would not be particularly volatile, and it would be less closely correlated than the five holdings currently in Narayan’s TFSA. “As I noted several times in my past advice to other TFSA investors, Canada only represents about 3% of the world’s stock market capitalization,” says DeGoey. “It is only sensible and prudent to seek exposure to the other 97% of the world that is totally unrepresented in the current portfolio.”