Michele Romanow is a serial entrepreneur and CEO of e-commerce investor Clearco. Read her thoughts on all things money. 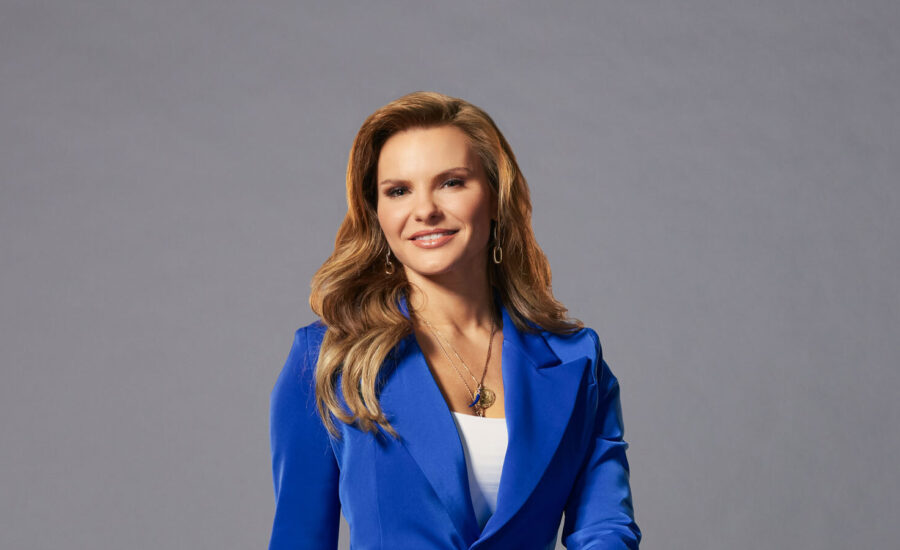 Clearco co-founder and CEO Michele Romanow embodies true grit. Shortly after graduating university, she was literally knee-deep in building a commercial caviar fishery in New Brunswick. Business was booming, until the 2008 recession hit. Fast forward to today—five companies and countless awards later—Romanow proves the value of betting on yourself by betting on herself. You get a hint of her entrepreneurial passion on the hit CBC show “Dragons’ Den,” as she’s one of the dragons that contestants pitch their business ideas to for backing. Read about her views on everything from renting to investing, and take a chapter from her playbook on risks that pay off.

My dad. He instilled a great sense of work ethic in me and always taught me the value of money and financial independence. He showed me the value of a dollar and how to maximize that, whether it meant spending or saving.

Being a founder, I know I’ll never have a typical nine-to-five job and while that can scare some people, I truly love it. I make sure when I’m off, I’m really unplugged. When I’m not working, I love to travel and to work out—and eat.

This might sound corny, but I absolutely love what I do. I knew I was born to be an entrepreneur and build something. I’m incredibly passionate and pour my absolute heart into everything I do.

What was your earliest memory about money?

I distinctly remember going out for dinner with my family and learning that certain things on the menu were more expensive than others. That brought out the curiosity in me. Why were things priced differently? And, how are goods priced? [I wanted] to be able to afford the most expensive item on the menu, usually the lobster. Maybe that’s why one of the first businesses I built was a caviar fishery.

The first thing I did with my own money was invest in my first business. I graduated from university, built the Tea Room. And then [my business partner] Anatoliy [Melnichuk] and I decided to start the caviar fishery. We had won some money in business case competitions but used a lot of our own money to fund our entrepreneurial journey. It was risky but it paid off. You should always bet on yourself.

One of my first jobs was a door-to-door salesperson selling home water heaters. I discovered early on in life that every single job in the world involves selling in one way or another.

I learned very quickly that trends can change on a dime. I built a caviar fishery from scratch when we realized the worldwide caviar supply was down 90% because of overfishing in the Caspian Sea. We were knee-deep in fish one moment and then cold-calling some of the world’s best restaurants the next day. The business was trending incredibly well, until four months later [when] the recession of 2008 hit. I was left selling one of the most unnecessary luxury products. It was then that I truly understood the world really owes you nothing.

If something seems too good to be true, it probably is. Trust your gut, especially when it comes to money.

I’ve had multiple people tell me that investing is complicated. Even when I was just starting to build Clearco, I would hear over and over again that I didn’t understand credit, simply because I didn’t look like the typical banker, I didn’t have an Ivy League education, I was a woman from Western Canada. We have a lot of preconceived notions, especially about money, but when we take a step back, money is like anything else. You need research, knowledge and confidence.

Would you rather receive a large sum of money all at once or a smaller amount of money regularly for life?

The entrepreneur in me says a lump sum, never underestimate the power of compounding interest.

Diversification. Whether it’s investing in stocks or bonds, real estate or just simply building a rainy-day fund, I discourage everyone to put your eggs in one basket.

There are so many “experts” out there, telling you this or that, about how to grow your money. They used to be called get-rich-quick schemes. Now I feel like there’s a whole subset of social media dedicated to this. The truth is though, there is nothing that doesn’t start with hard work and dedication, that is the only common thread when talking to anyone about growing money.

Not starting angel investing earlier. The barrier to investing is lower than you would expect. A small amount of money can make a massive difference to an entrepreneur.

It’s hard to put a specific price tag on time, but I try to “value” my time as much as possible, knowing everything is a trade-off. For example, I know that cooking can take up an inordinate amount of time, and therefore I choose to splurge and don’t do much cooking. I’ll always spend extra money on delicious food.

I am a part of a very different generation that did not buy a lot of assets and was very late to buy houses or cars, and just rented. Renting allowed me to move anywhere, which was great for my career. I went to Chicago after the Groupon acquisition, and San Francisco to start Clearco. In some way, not having assets helped with my career and money management. I could take advantage of a lot of opportunities by not setting down roots, as I was not leaving anything behind.

I do remember buying two suits for my first real job when one of my companies failed. At the time the recession was so bad, I took a job at a major retailer for a year. They got a year of good use and haven’t been used since.

I think debt, when used in smart ways where you don’t over-leverage yourself, is incredibly helpful. It’s just important to limit reliance on debt and use it in conjunction with other forms of financing.

I always come back to Influence, by Robert Cialdini. Selling and money are so interconnected, and I make sure to re-read it anytime I go into an important negotiation.

Cash! I can’t believe so many people walk around without cash. It is the best bargain in the world if something bad happens to you. It is such a great safety net and can solve a lot of problems quickly.

I think the best things are experiences you can treasure. I do have some jewelry with a lot of sentimental value, great stories and history behind it. Those are amongst my favourite possessions that are for beauty, not just utility. Things I actually can’t live without are my passport, laptop and cell phone—those are very different from things that bring me joy.

At Clearco we always talk about funding one-million founders. We’ve funded about 10,000 so far, so we have a long way to go, but that’s always been my North Star [mission statement]. Capital is the true equalizer. And to be able to fund so many businesses, putting money back into the economy, makes a huge impact in people’s lives.