As interest rates climb, variable mortgage rate holders may start to panic. Here’s why you should avoid the temptation of going fixed right now. 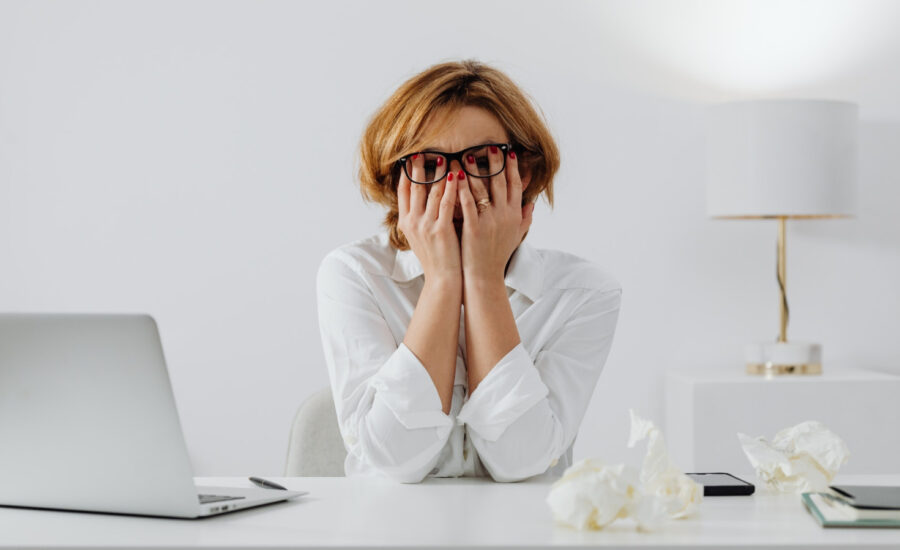 The Bank of Canada’s April 13 interest rate hike of 0.5%—the biggest one-time rate jump in decades—caught many variable-rate mortgage holders off guard. Some are likely thinking about running to their local bank branch or mortgage specialist to lock into a standard five-year fixed rate. Those who do so will likely be welcomed into the lion’s den by employees with open arms, wide grins and reassuring sales pitches bestowing the benefits of peace of mind and comfort.

Stop! Yes, banks’ prime lending rate has increased from 2.4% to 3.2% with the first two benchmark rate increases this year. And yes, we will most likely see another Bank of Canada rate increase come June, and it could push the prime rate further, possibly to 3.7%. This all seems uncontrollable, unmanageable—and it will cause many to panic.

The truth is, banks are positioned to profit from this kind of environment. They will seduce you with a free offer to switch from a variable rate to a fixed rate. They may present you with a five-year fixed rate “deal” of 3.99% that expires in a few days; if you don’t act quickly enough, your rate will increase to 4.14%. They will try to convince you that rates will continue climbing until they reach the moon, and that it would be unwise to ride out a variable rate as we head into a possible recession.

The fact is, the time to lock into a fixed rate has passed, and the attractively low five-year fixed rates of 2.59% to 2.99% are long past us—the train has left the station. Most variable rate holders were able to secure below-prime discounts of 1% to 1.25% or more, but those discounts are no longer readily available for refinances and conventional mortgage contracts. If you already have one of these rates, chances are you have a dinosaur on your hands—it’s headed for extinction as lenders ease up on their discounts. In the current marketplace, you’re more likely to get a variable rate in the range of prime minus 0.5% to prime minus 0.75%.

So, faced with this predicament, what is a variable-rate mortgage holder to do? How can one prepare for the expected climb in rates over the next 12 to 18 months?

Coaching variable-rate mortgage clients is what I have done for over two decades. I’m an advocate of the floating-rate product and its benefits, and over the years, thousands of my clients have saved tens of thousands of dollars in interest costs and cut years off their amortization—the length of time they have a mortgage. Many clients were initially dead set against going the variable route, due to the ongoing myths about it. But with time, they have come to understand how variable rates can work in their favour.

Here are five things to consider before locking into a five-year fixed-rate mortgage in the current environment:

If you lock into a five-year fixed-rate mortgage in the 3.99% range today, you could end up paying almost double what you would with your current variable interest rate. The promise of peace of mind from your friendly neighbourhood bank representative sounds great after you’ve lived through a few Bank of Canada rate hikes, but chances are a variable-rate client will only be paying 1.95% to 2.2% after the recent hikes. Even with a couple more hikes, your variable rate will likely be well below current five-year fixed rates.

In the month of March 2020, the Bank of Canada decreased the benchmark lending rate three times due to COVID-19. We saw successive decreases of 0.5% on March 4, 16 and 27—a total reduction of 1.5% in one month—until the benchmark rate reached a historic low of 0.25%. Even with the recent increases, the Bank’s benchmark rate is still 0.75% lower than before the pandemic. By extension, the prime lending rate is also lower than before the crisis. The variable-rate mortgage was a great option pre-pandemic, and it remains so now.

3. Remember that you’ve been stress-tested

All variable-rate clients were stress-tested. The mortgage qualifying rate in Canada has been 5.25% for quite some time, which means all mortgage holders should be able to comfortably withstand interest rates that fall below that threshold. As noted earlier, many variable-rate mortgage holders were able to negotiate rates discounted well below prime. This suggests many variable-rate clients can withstand the prime rate reaching 6.25% or 6.5%. For example, a client with a contract rate of prime minus 1.25% should be able to handle prime reaching 6.5% under the stress test criteria. We are 12 hikes of 0.25% away from that. If rates get to that level anytime soon, we have bigger economic issues to deal with.

The war in Ukraine has contributed to supply chain issues, food shortages and fuel cost increases, driving inflation to concerning levels. Rate hikes are a necessary tool the central bank uses to rein in inflation, and it could take 12 to 18 months to do so. Once the target rate of inflation is achieved, rates will subside to neutral levels, as noted by Bank of Canada governor Tiff Macklem. Locking into a five-year fixed rate with penalty handcuffs could pose a challenge if you need to refinance, downsize or break the mortgage prior to the end of its term. It’s a good idea to assess your personal situation and goals for the next five years so you can execute a plan that properly aligns with them.

5. Take advantage of current rates to pay down debt

The difference between variable rates and higher fixed interest rates provides a great opportunity to accelerate repayment of your debt and lower the balance owing faster and sooner. Making payments on a variable-rate mortgage, but in the amount you would with a current fixed-rate mortgage, has tremendous advantages. More of your payment will go towards principal reduction and that will lower the mortgage balance owing at a faster pace.

The key to borrowing over long periods of time, like with a 25- or 30-year mortgage, is to take advantage of the lowest rates you can find when you have the highest amount of debt. Paying back debt more quickly mitigates the risk of rising interest rates, because you owe less money. Calculate the premium you would pay to lock into a fixed rate, and use that money to pay down your debt. Instead of paying the bank more interest, you’ll end up paying down your mortgage faster.

Over the years, I’ve been fortunate to have earned the trust of tens of thousands of clients, social media followers and television viewers, with whom I’ve shared tips and strategies that help home owners save money, pay their mortgages off faster and build wealth for their families. These are important times for variable-rate mortgage clients and getting good, unbiased advice is critical, so be careful whom you lean on for counsel. I will leave you with this question: Why is there no penalty to convert from a variable-rate mortgage to a fixed-rate mortgage, but there’s always a penalty to switch from a fixed-rate mortgage to a variable one?

Vince Gaetano is the owner and principal broker of OwlMortgage.ca. He can be reached at [email protected] You can also follow him on Instagram @vincegmortgage, where he hosts The Wise Old Owl Show, which focuses on financial literacy and money-saving tips, every Thursday at 4 p.m. EST.