The central bank’s overnight interest rate sets the tone for the prime rates offered by banks. We explain what changes in the policy rate mean for you. 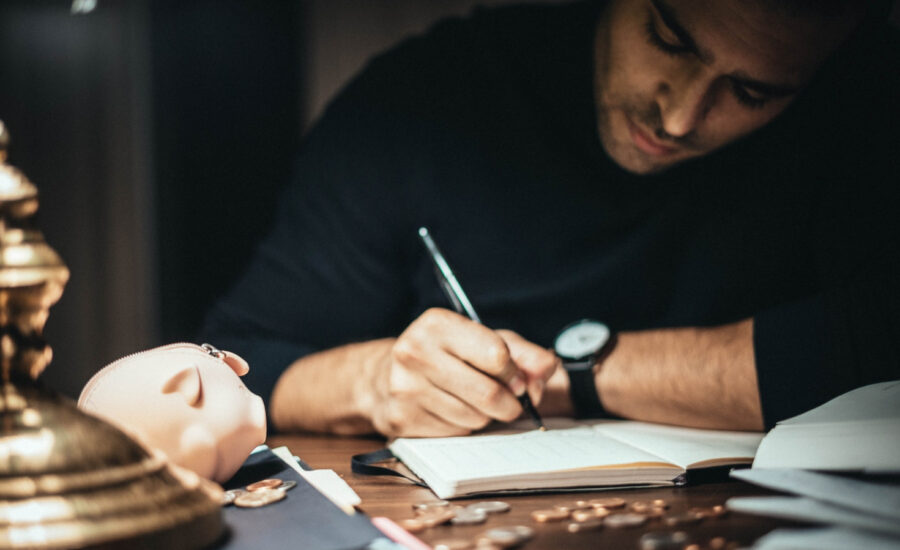 The Bank of Canada (BoC) has raised its benchmark interest rate for the eighth consecutive time since March 2022, as the annual rate of inflation continues to run higher than normal—even though it is widely expected Canada will enter into a recession in 2023.

On Jan. 25, 2023, the central bank hiked its benchmark rate, also known as its policy interest rate or overnight rate, by a quarter of a percentage point, bringing it to 4.5% from the previous 4.25%. Many experts predict the BoC will pause on further rate hikes until the impacts of higher borrowing costs have made their way through the economy.

“In Canada, recent economic growth has been stronger than expected and the economy remains in excess demand,” the BoC wrote in its January 2023 policy interest rate announcement. “Labour markets are still tight: the unemployment rate is near historic lows and businesses are reporting ongoing difficulty finding workers. However, there is growing evidence that restrictive monetary policy is slowing activity, especially household spending.”

In a press conference statement, it added: “We expect to hold the policy rate at its current level while we assess the impact of the cumulative 425-basis-point increase in our policy rate. We have raised rates rapidly, and now it’s time to pause and assess whether monetary policy is sufficiently restrictive.”

Inflation, as measured by the Consumer Price Index (CPI), has fuelled the need for rate hikes in Canada and other parts of the world. In December 2022, the annual rate of inflation clocked in at 6.3%. Although that represents an improvement over June 2022’s inflation reading of 8.1%, it remains far above the BoC’s annual inflation target of around 2% per year.

The rate increases have far-reaching implications for your finances, whether you’re applying for a mortgage, using a line of credit, repaying a student loan or living off retirement income. We take a look at how the BoC’s policy rate works, how it is set and what it means for you.

What is the Bank of Canada interest rate?

To understand the BoC’s policy interest rate, also known as the overnight rate, it helps to know about inflation.

Inflation is a persistent increase in the level of consumer prices or a persistent decline in the purchasing power of money. Gradual inflation over time helps keep the economy strong by making increases in wages and expenses predictable for businesses and consumers. But inflation that exceeds the norm makes it more difficult for people to afford everyday expenses.

The BoC aims to keep inflation stable at 2%—or within the target range of 1% to 3% per year. That’s where the overnight rate comes into play: It’s the BoC’s primary tool for achieving its inflation target. The overnight rate influences how the banks will set their own rates. It acts as a sort of barometer for the rate at which major banks borrow and lend among themselves. When the BoC raises the overnight rate, it becomes more expensive for banks to borrow money, and those costs get passed on to borrowers through higher interest rates.

What happens when the Bank of Canada raises or lowers interest rates?

If the economy is struggling to grow or experiencing a shock, as it did during the COVID-19 pandemic, the BoC can slash interest rates to help boost economic activity. When the overnight rate falls, people and businesses pay lower interest on new and existing loans and mortgages, and they earn less interest on savings. This generally leads them to spend more, which in turn helps strengthen the economy.

On Jan. 25, the @BankofCanada will make its first rate announcement of 2023. If and how are you preparing for the possibility of another rate hike?

Conversely, an economy that is growing too quickly can lead to high levels of inflation. In this scenario, the BoC might raise the overnight rate. Lenders subsequently raise interest rates for loans and mortgages, which discourages people and businesses from borrowing, reduces overall spending and helps bring inflation under control.

During normal economic times, the BoC typically increases its benchmark rate in increments of no more than 0.25%. Prior to its April 2022 rate announcement, the Bank hadn’t raised the overnight rate by more than 0.25% in one shot since May 2000—more than 20 years ago.

How often does the Bank of Canada review interest rates?

In 2020, to help Canadians anticipate and prepare for changes in interest rates, the BoC introduced an annual schedule of eight fixed policy-rate announcements. On these specified dates, it reports whether or not it is changing the overnight rate. In special circumstances, such as national emergencies, it may announce rate changes on other non-specified dates—just as it did on March 13 and 27, 2020, in response to COVID-19.

Historically, the overnight rate has fluctuated based on large-scale events affecting the economy. On the heels of the 2008 financial crisis, the rate fell from 4.5% to 0.25%. Between 2010 and 2018, it gradually increased to 1.75%. It then fell sharply in early 2020 in response to the pandemic.

What is the prime rate?

Not to be confused with the BoC’s policy interest rate, the prime interest rate is a percentage used to set interest rates on several different types of loans, including lines of credit, student loans and variable-rate mortgages.

Each of Canada’s five major banks—Bank of Montreal (BMO), Bank of Nova Scotia (Scotiabank), Canadian Imperial Bank of Commerce (CIBC), Royal Bank of Canada (RBC) and Toronto-Dominion Bank (TD)—can set their own prime rate, but they tend to use the same rate. The prime rate is currently at 6.45%

How is the prime rate set?

When the Bank of Canada increases or slashes its overnight rate, prime rates typically adjust by a similar amount. Most lenders reset their prime rate almost immediately after the BoC changes its benchmark rate.

That’s why changes in the overnight rate prompt a sort of domino effect on variable-rate loans offered by banks—their interest rates are typically expressed as “prime plus or minus” a percentage. For example, a bank may offer a product at a rate of “prime minus 1%.” At a prime rate of 2.45%, a product listed at “prime minus 1%” would mean the customer pays 1.45% in interest.

How does a change in the interest rates impact you?

When prime rates increase or decrease, so do variable rates. This domino effect can impact borrowers with a variable-rate mortgage, home equity line of credit (HELOC), student loan, line of credit or another type of variable-rate loan. Mortgage analyst Robert McLister noted that “a 25 [basis points] boost to prime lifts payments on adjustable-rate mortgage payments by roughly $12/month per $100,000 of borrowing.” With a hike of 75 basis points, payments on variable- and adjustable-rate mortgages typically climb $42 per month for every $100,000 borrowed, according to the expert.

“If the prime rate goes up by 1%, people who are spending a couple thousand dollars a month on their mortgage could see that [amount] rise substantially,” says Jesse Abrams, CEO of online mortgage broker Homewise. “Over five years, we could be talking $30,000 to $40,000. That extra 1% can be pretty significant.”

Variable-rate mortgage holders: With the Bank of Canada (#BoC) hiking the overnight rate another 75 basis points on Wednesday, what’s your next move?

However, this does not apply to borrowers with a fixed-rate loan, such as a fixed-rate mortgage. A fixed rate is “locked in,” meaning the rate is guaranteed by the lender for the duration of the loan or mortgage term. In this instance, the borrower continues to pay the same rate regardless of what happens in the mortgage market.

Changes in the prime rate also influence the interest earned in high-interest savings accounts (HISAs) and other investment vehicles, like guaranteed investment certificates (GICs). When the overnight rate increases, individuals can earn higher interest on their savings, because financial institutions have more latitude to compete on the interest rates they offer. Conversely, individuals who are retired or living off fixed income from a savings fund can be negatively impacted when the overnight rate drops.


Find a qualified advisor near you
Use tool

What should you do in response to changes to the overnight rate?

To prepare for rate changes, start by keeping track of the next policy rate announcement, then anticipate and plan around what an increase or decrease in the rate will mean for your finances.

If you have a variable-rate mortgage, you can use a mortgage payment calculator to determine what your new recurring payments will be. It may be time to consider locking into a fixed-rate mortgage. And if you’re retired or planning to retire soon, you may wish to speak to a financial planner about your options.

What the future holds relies heavily on the stability of the Canadian economy. The BoC’s interest rate was slashed to historic lows when the economy needed a boost, and a gradual return to higher rates suggests the economy has recovered—and is now in overdrive. So while higher rates could make borrowing and paying off debt more difficult, for many people, they may also be a sign of better times ahead.