Glory Gray shares her big money lesson and how, at 8, she made more money than her mom

Podcaster Glory Gray is the owner of Glory Gray Wealth Solutions. She talks about her financial heroes, money mistakes and more. 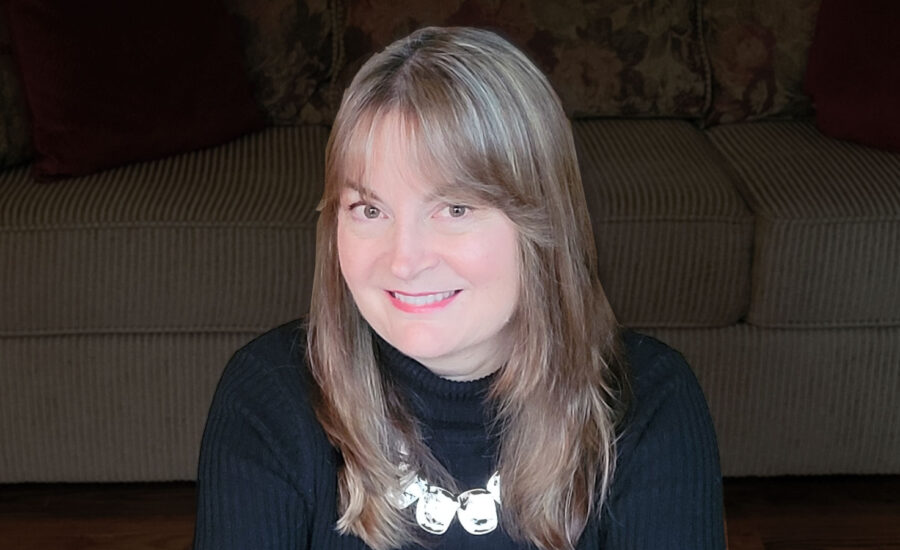 Glory Gray describes herself as the Personal Trainer for Financial Fitness. Essentially that means she’s all about goals with personal finance, and she specializes in guiding Canadian women with financial decisions and wealth management. She is also the host of Women’s Wealth Canada podcast. This time, on the other side of the interview microphone, she lets us know about her relationship with money.

Who is your finance hero?

Sallie Krawcheck, former head of Smith Barney and former CFO of Citigroup. She was a powerful player on Wall Street, with a reputation for honesty and fairness that caused friction with other members of top management during the financial crisis of 2008.

She understands that women invest differently and is now CEO of Ellevest, an investing app for American women. She’s also the Chairperson of Ellevate, a global community of women committed to fostering and promoting gender equality in the workplace.

Like Sallie, I also started as an equity analyst and saw first hand how brilliant, capable women in the field had to work twice as hard as their male counterparts and were often brushed off as “too nice” for upper management. Sallie is working to fix that and I applaud her.

I’m fortunate to live in a place that has both forests and oceans, so I spend as much time in both as I can.

My dog and I go outside the first thing every morning and the last thing every night—rain or shine. I love watching the sun’s angle change in the fall, as it begins to move behind the mountains. In winter, we have two waterfalls on either side to listen to. In spring, the waterfalls subside and the spring peeper frogs come out. The winter clouds part, and the stars begin to shine brighter. In summer, the darkness is so short, it’s hard to even know when to sleep.

No matter where I live, I have to be near something fresh and green, even if it’s just a large number of potted plants on a downtown condo patio.

I can tell you I would not be sitting on a beach with a drink in my hand. I am someone who always wants to be achieving something. I want to make a difference in my community, so I would likely use the capital to expand my business so I could hire more employees and hopefully enrich their lives and the lives of their families. I want to support the performing arts, so I’d also start a foundation.

What was your first memory about money?

I remember being eight years old and going door-to-door by myself, with my mother carefully watching from the car, and selling candy for my Campfire Girls troop. I think the troop member who sold the most won an award of some sort. I don’t remember if I won the award or not, but I’ll never forget the thrill of receiving cash money for something as simple as introducing myself to people and asking them if I have something they would like. I earned more that day than my mother did at her secretarial job.

I learned that it’s better to work smarter than harder, and sales can be the best job in the world.

I started designing and sewing my own clothes when I was 12. I was always interested in fashion, so my first job in high school was at a chain women’s clothing store. The pay was terrible, the work was boring, but I loved the employee discounts.

My first job was as a gigging musician. When I and three other musicians received our first payment, we had to invest in more equipment, and there wasn’t much left after we paid the salaries of our staff—a lighting technician, a roadie, a sound technician and a stage manager. Like any self-employed person, it was a long time before I saw a profit in that venture. Wait, who am I kidding? I never saw a profit from that venture.

In the early 2000s, my husband and I had a property investment company. We owned a number of properties. In 2006, we got the sense that real estate had been overbought. We put everything up for sale and sold it all within a week, making a tidy profit. That was an excellent decision.

The first lesson we learned—other than we both agree I was right—is to remember to always tuck away some profits. When housing prices came down, those carrying cash scooped up fantastic deals.

“The stock market is a device for transferring money from the impatient to the patient.” —Warren Buffett

“Borrow all the money you can, even if you don’t need it.” Advice from my first husband. That didn’t end well for me.

Would you rather receive a large sum of money all at once or a smaller amount of money every week/month for life?

I would take a lump sum, because I would know how to invest it in a diversified way, making the most of it. However, for someone who tends to spend every dime that flows to them, they are much better off getting a smaller amount of money for the rest of their lives. Know thyself.

If your employer offers to match any money you save in a company pension scheme such as a group RRSP, take advantage of it. It’s like getting 100% return on your money.

That a 22% per year return with no risk is normal. In reality, the TSX has produced an average of 9.7% return per year over the past 70 years, with plenty of times when it has produced a negative return. On the flip side, I see people investing in too many GICs, believing it is the safest way to go. Very often, GICs produce a return that does not keep up with inflation, meaning your true return on investment is a negative number.

I regret that I didn’t learn the importance of paying yourself first earlier. I began after university, but not before. Paying yourself isn’t so much about the amount you save, it’s about building that lifelong habit of always thinking about your future self and being able to take advantage of opportunities when they present themselves because you tucked that money away.

The things that are important to me are my health, knowledge and memories. That means I spend money on good, organic, local food and quality hiking shoes. I spend money on books. I spend money on travel, because that’s where we make great memories. I think the price we value should reflect the joys we value. Paying for something that doesn’t bring us real joy is a poor value.

My first house. I remember the mortgage rate was 10.5% and we were so thrilled at how low that was!

I have good gut instincts. If I’m indecisive about something, it means no, I shouldn’t buy it. Because if something is a yes, I will know right away. I took one step in the house we own today near the ocean and said to my husband. “We need to buy this. Today.” It turned out to be one of my best decisions ever.

Servicing long-term debt can be a burden that keeps you from growing. But if used properly, especially in the short term, debt can allow you to take advantage of opportunities.

We bought three investment properties over a six-month period using debt. We fixed up two of the properties and quickly sold them, allowing us to pay off the remaining debt. Had we not been able to access that debt, we wouldn’t have been able to take advantage of those opportunities. But we also knew not to hold the debt long term, because investment values can go down unexpectedly. Having to spend income to pay for debt at a time when your asset values are also dropping in value will sap your net worth quickly.

Like most of us, we haven’t had many opportunities to splurge the past few years, but my husband and I spent a lovely week, just before the pandemic, at a resort for our 20th anniversary. I tend to prefer a cozy cabin to a posh vacation but sometimes a little decadence can be a beautiful thing.

Your Retirement Income Blueprint by Daryl Diamond. It’s one of the few books that is meant for Canadians and it does a good job of talking about our de-cumulation years, not just the years leading up to our retirement.

A bit of cash in small bills. We live in a summer resort area, and there are many pop-up farmer’s markets and roadside stands. Stopping at these can turn running errands into a vacation.

My grandmother’s collection of Metlox Poppytrail California Contempora dishware from the 1950s. They’re classic mid-century modern. Definitely not your typical granny dishes. I grew up with them at our family table and love every chip and crack. Many of the pieces were destroyed during an earthquake, so it makes the remaining pieces all the more precious.

The older I get, and the larger my business becomes, the more precious my time becomes. My next goal is to hire more contractors to handle more tasks so I’ll have more of that most precious of all commodities: time.

When it comes to new vehicles, leasing usually makes more sense unless you are planning on keeping a car for at least 15 years. With the rise of electric cars, it makes even more sense to lease because technology will be improving at a fast pace.

The habits you create will make you richer than any one investment you will ever make. First, learn to save and learn to spend mindfully. Ask questions of people who have invested wisely and are living a life you admire. Then, after you have a solid base of good habits and a cash cushion, invest. Make your money work for you. Be your own bank.

I prefer “mindful spending plan.” Spend your money where it matters, on things that bring you joy and opportunity.