Governments on both sides of the border need to raise the age at which they pay citizens to stop being productive, keynote speaker Michael Falk told the Morningstar Canada annual conference in Toronto today. (The official title of the talk is a slight variant of the blog title above: it was actually Prime Minister, there’s a hole in my safety net.)

Falk, a partner with Illinois-based Focus Consulting Group, reminded the audience of (mostly) financial advisers that the concept of retirement is still relatively young—about 120 years—going back to agrarian societies when bodies gave out earlier than minds do in today’s service economy, and life expectancies were far lower.

It’s arguable that modern retirement constitutes a loss of labour for society as a whole and is a waste of talent, Falk said, adding that the age demographic of 55 to 64 is showing increasing levels of entrepreneurial activity in recent years.

In his own country of the United States, Social Security was created in the wake of the great depression of the 1930s, motivated in part to intentionally discourage saving and coax so-called “job hoggers” into retirement: in effect, paying citizens to be unproductive. Canada’s equivalent system of CPP/OAS and GIS is structured similarly, he said. “When it comes to retirement, it makes no sense to pay people to be unproductive but these are our policies.”

However, he warned those who may be counting on nothing but government programs that Canada’s Old Age Security and the Guaranteed Income Supplement are funded from general tax revenues. “But if (economic) growth stinks, where is the revenue going to come from?” When the system was  created, the retirement age to begin collecting benefits was 70,  later reduced to 65. But in Canada it’s now moved back to 67 for younger people and will probably go back to 70 and beyond, he predicted. “Are your clients prepared for that?” 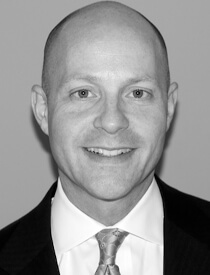 There’s a perverse logic here since many people reason there’s no reason to save if they think the government must take care of them in old age: it’s not rational to cut back one’s lifestyle today (which is what saving for the future entails) if you know you’re covered tomorrow regardless.

Relative to America’s Social Security, “in some ways, CPP looks better since you actually have the money, which is not the case in the U.S. Kudos to you.”

Falk also addressed declining employer-sponsored pensions. In the U.S., at any rate, taxes from private-sector employees are in effect being transferred to prop up government-funded pensions for government officials, firemen and police. Even so, the ugly truth is benefits are disappearing. Unfortunately, many retirees who were promised employer pensions took such promises as a guarantee but “they’re not,” even though those promises have impacted saving behaviour. “It sounds like civil war coming up.”

The trend is clear, in Falk’s view. “We need to raise the retirement age to make this work. Canadians are living longer and we have to be older for governments to pay us to stop being productive.” Based on biological capacity to work, and longevity and mortality trends, many could keep working until age 72 or 73.

Falk sang the praises of the benefits of working longer, pointing out the divorce rate is largest in the 60-plus cohort. “Retiring 24/7 with your spouse? For richer or poorer, but not for lunch.” And he warned about the financial consequences of divorce at this age: “Divide your assets in half and see how much retirement you can finance.”  Those who remain working have lower death rates: “Work seems to keep us going and keeps us healthier.”

While Falk did not use the term, this is the Financial Independence blog at MoneySense and I can’t resist adding my own thoughts to his talk. Yes, we need to retire the word retirement and my own recommended (if self serving) suggestion for a replacement is financial independence, or the contraction I’ve coined to denote it: Findependence. I’ve long argued it’s not prudent to put all your retirement eggs solely in the basket of government programs. You need to supplement that pension asset class with your own savings (RRSPs, TFSAs, non-registered savings) as well as employer pensions. That way, you are to some extent findependent of government programs or—God forbid—findependent of a corporate pension plan that fails to make good on its pension promise once you’re too old to go back to the work force.

When we dream of early retirement, maybe it’s early Findependence we really should be striving for. It doesn’t make much sense to retire at age 40 but it would be a worthy and achievable goal to be findependent by that age: if it’s defined as no longer depending on a single salaried source of employment income to survive economically.

For more on this theme, see this blog I wrote last week for The Chicago Financial Planner or a spinoff blog on my own site: Seek Findependence, Not Retirement.