How to claim the new-home GST rebate

Should you apply for the rebate, even if you suspect your builder didn't pay the tax to the CRA? 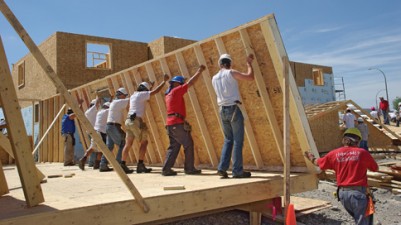 Q: Hi, I’ve read that if I purchased a new home that I may be eligible for the HST paid on that new home. But I’m concerned. My home was built by a less than honourable builder. The HST was not actually declared on the contract or final invoice. Can I assume he paid tax and apply for rebate? According to the laws in Ontario, he has to pay GST to the government if he earns more than $30,000 and my contract, alone was a total cost of $148,000?

Deb, you will be relieved to learn that the Canada Revenue Agency has no problem should you decide to apply for a GST rebate. Keep in mind, however, that the CRA will require documentation to prove that you actually paid GST to the builder. This proof could be your invoice, that shows the break-out of funds (labour, materials, GST, etc.), or it could be a receipt issued to you by the builder, or it could be a contract that highlights the build price but not the GST for your project.

But, if you do not have this documentation, you may be out of luck. While you can still apply for this rebate without the documentation, you run the risk of an audit—the CRA’s way of verifying that what you are claiming is legitimate. In an audit, the CRA will ask you to submit proof. In your case, this is the invoice, contract or receipt for the work done by the builder. If you cannot provide proof,  and you’ve already received the GST rebate, the CRA will require you to pay the rebate back plus tack on interest and, potentially, penalties.

The interest charged by the CRA is charged on what you owe back to the government and is charged on the full sum from the time it was received (not the date of your decision). So, if you received a rebate on April 1, 2016, were audited and then asked to pay the rebate back on July 1, 2016, you would owe interest on the full sum starting April 1. The current CRA interest rate is 1% per month. Penalties are decided by the CRA and can be case dependant.

I should also point out that the GST/HST rebate is only available on new home purchases valued at $450,000 and under. If you paid more for your home, you’re not eligible for the rebate.

Also, please be advised I’m not an accountant or a legal professional. For specific advice, please seek out the advice of a professional for your particular situation. 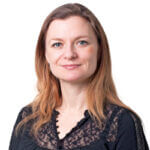 Romana King is the senior editor and real estate specialist at MoneySense. She is also a licensed real estate sales agent. Follow her on Twitter (@RKHomeowner) or on Facebook. If you have real estate concerns or questions, please email Romana directly at [email protected] or call her on her direct line at 416-764-1382.