How much of my investments should be in gold?

Gold can lower volatility, but at the cost of returns 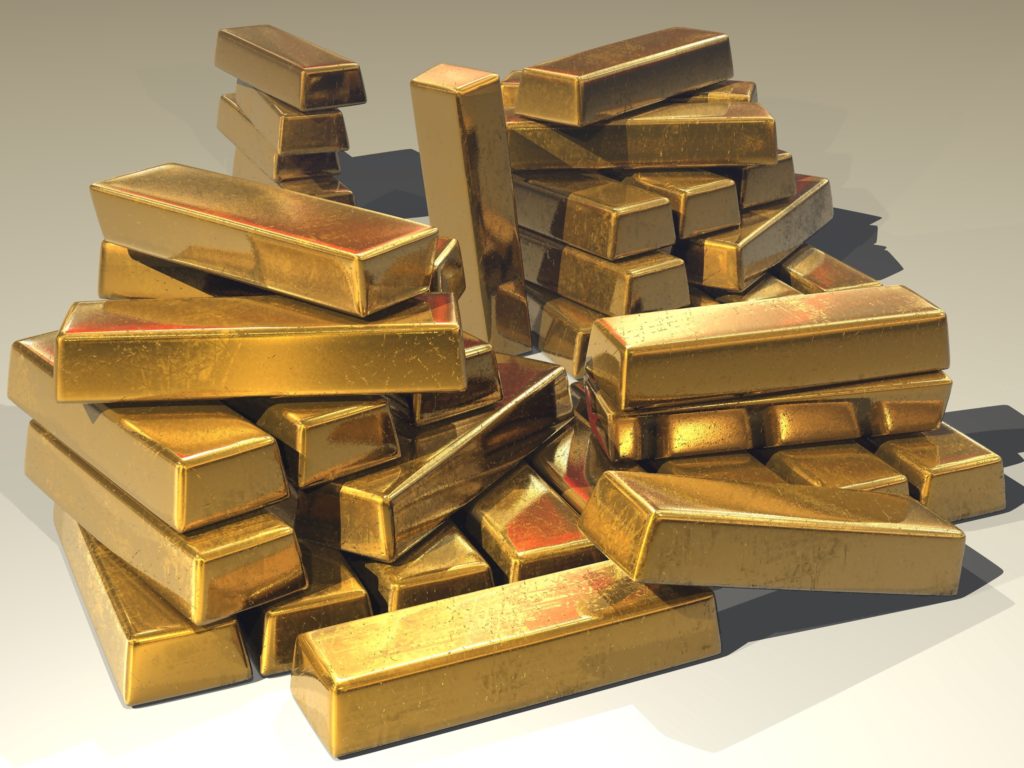 Q. Is it wise to invest some savings in gold? And if so, what’s a good gold ETF, and what percentage of my holdings should be invested there?

A. Mary, gold has been a store of value for thousands of years and it hasn’t lost its luster for many investors today. But is it worth adding the yellow metal to your portfolio?

Buying gold is certainly easier than it’s ever been. While you can still buy bars or coins and keep them in a safety deposit box (or buried in your backyard), a more practical way to get exposure is to buy a gold ETF. The most popular of these are backed by physical bullion: they’re not just derivatives tied to the price of gold. The largest is the SPDR Gold Shares (GLD), though this is bought and sold in U.S. dollars. If you want to trade in Canadian dollars, you might consider the iShares Gold Bullion ETF (CGL.C), which has a fee of 0.56%.

Investors who are attracted to gold often tout it as a hedge against inflation. If you live in a country that sees a dramatic decline in its currency, they say, gold will hold its value and protect your purchasing power. There are indeed examples of this: you would have been quite happy holding gold rather than banknotes in Germany in the 1920s, or more recently in Zimbabwe. If the Canadian dollar were to collapse one day, then those who own a significant amount of gold might suffer less. But hyperinflation is extremely rare in developed countries, and it needs to be weighed against all of the other risks your portfolio faces.

It’s also important to know that—at least in Canada—the price of gold has not been anything close to an inflation hedge in recent decades. On the contrary, from 1983 through 2004, inflation averaged about 3%, but the nominal annual return on gold in Canadian dollars during this period was –0.3%. Adjusted for inflation, that means gold lost more than half its purchasing power over a period of 22 years. During many shorter periods when inflation spiked, the value of gold fell. So while gold might protect you from a catastrophic devaluation of the currency, it’s not a hedge against rising prices in more normal periods.

In my view, there is only one reason to consider adding a small allocation to gold in your portfolio: it can be a good diversifier. A well-diversified portfolio, by definition, includes assets that are exposed to various risks and behave differently under certain conditions: at the most basic level, you hold bonds because they often rise in value when stocks plummet. You can diversify further by adding a small allocation to gold, which has a very low correlation with both stocks and bonds. That means it can reduce the overall volatility of your portfolio.

From 1980 through 2017, a theoretical index portfolio with equal amounts of Canadian bonds, Canadian stocks, U.S. stocks and international stocks returned 10.3% annually with a standard deviation—a measure of volatility—of 11.6%. Replacing the equities with gold in 10% of the portfolio reduced the volatility to 10.1%, though it also resulted in a lower annualized return of 9.7%. (All figures are in Canadian dollars.)

Although an allocation to gold can make sense, in theory, I don’t recommend adding it to your portfolio. As we’ve shown, while it might lower your overall volatility, it probably also lowers your expected return. And if you’re willing to accept lower returns in exchange for less risk, then you’re better off just adding more bonds.

I also worry that gold is an emotional asset that can lead to irrational decisions. Like holding individual stocks, it can be a distraction from your long-term investment goals. My guess, Mary, is that if you held a 10% allocation to gold in your ETF portfolio, you would spend as much time focused on that holding as you would on the other 90%.

My suggestion is to stick with a traditional portfolio of equity and bond ETFs, which provides all the diversification you need with lower cost and less complexity.