Are TFSAs only good for the rich?

Should lifetime contributions should be capped? 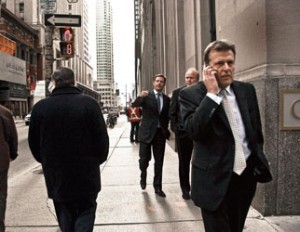 At the start of the year, the annual contribution limit for Tax-Free Savings Accounts rose by $500, allowing Canadians to shelter $5,500 in investments from tax each year, in addition to whatever RRSP room they may have. The Conservatives plan to go even further—if the federal government balances its books, something expected by 2016, it has promised to raise the TFSA contribution ceiling to $10,000 a year. But left-of-centre policy wonks oppose expanding contribution room. They say TFSAs favour the wealthy and lifetime contributions should be capped. Could they be right?

Indeed, there is data showing persons of modest means have a hard time scraping together cash for vehicles like TFSAs. For example, a U.K. study found only 5% of low-income earners used similar savings accounts in Britain. “The accounts are just another opportunity for the wealthy to shelter more of their investment income,” claim Robert Drummond and Chris Roberts, authors of Pension Confidential.

Moreover, as money in TFSAs grows, billions of dollars of forgone tax revenue may mean less funds for public services and the less fortunate, declares Armine Yalnizyan, an economist at the Canadian Centre for Policy Alternatives. “Expansion of the TFSA will only accelerate income inequality,” she says.

Yet, by promoting savings and investment, TFSAs have a vital role in increasing the size of the pie that can be divided up among all Canadians. “Savings, in economic terms, are the necessary precursor of capital investment, which in turn is the basis of economic growth and innovation,” notes C.D. Howe Institute economist Finn Poschmann.

Unlike fully taxable RRIF withdrawals, middle-class seniors benefit because TFSAs avoid the OAS clawback. Similarly, lower-income Canadians who are able to save can avoid clawbacks to GIS and other means-tested seniors benefits. Those as young as 18 with minimal RRSP room still get $5,500 annual TFSA room; they will benefit from a long time horizon, and be less dependent on government later in life. So while TFSAs do help the rich, there really is a benefit for Canadians of all ages and income levels.