Most investors have no idea how well—or how poorly—their investments are performing. We show you how to do the math. 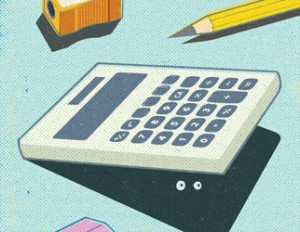 Did your portfolio perform well last year? How about over the last five or 10 years? If you’re like most investors, you haven’t got a clue.

Consider an investor who started the year with $50,000 and finished it with $55,000. That’s a 10% return, right? But what if she’d made $250 monthly contributions? That would throw off the calculation completely.

How about the investor who buys individual stocks? His brokerage statement shows that his holdings have gone up in price by 27%, but he’s held the stocks for several years, so that’s not an annual return. Plus, that figure won’t factor in any dividends he collected.

Is your head spinning yet? You’re not alone. Accurately measuring investment performance is far more difficult than it first appears. I often hear from investors who complain their mutual funds are doing poorly, or that their stock picks are beating the market, but can they put a number to those claims?

There are some embarrassing examples of how the math can trip people up. Take the Beardstown Ladies, an investment club of elderly women in Illinois who shot to fame in the 1990s after they claimed to have earned returns over 23% annually from 1984 to 1993. They were hailed as stock-picking gurus and their books sold more than a million copies. It wasn’t until 1998 that someone actually dug into their records and found they had been incorrectly calculating their performance: they were including contributions of new money as investment gains. It turned out the ladies had overstated their performance by 14.3 percentage points per year and had dramatically underperformed the S&P 500 index.

The ladies weren’t purposefully misrepresenting themselves—they had just made an innocent error. Really, it’s hard to hold this against a group of grannies whose investment guides included recipes for hearty soups and fattening desserts. But it’s a different story for an industry that sells performance. Glossy ads for mutual funds declare the importance of beating the market and competitors, but then the industry goes out of its way to avoid making comparisons once you’ve invested. Think about it: percent signs are everywhere on ads, but almost nowhere to be seen on your statements.

Back when I was an adviser, neither of the two firms I worked for provided rates of return on account statements. At the first company, I had to create my own calculator. When I moved to a full-service brokerage, we had software that would generate detailed performance reports for clients, but I had to go into the system and do this manually: the standard client account statements still didn’t include them.

“Why can’t they just put my personal rate of return on my statement?” asks Michael Gayowski, an automotive product trainer in Ajax, Ont. Gayowski says he can’t reconcile the performance numbers on his mutual fund fact sheets with his RRSP account statement. “If the calendar year return for my fund shows a 10% gain, but my portfolio’s value increased by 18%, I know some of that is because I added money and some is my gain on investments. But why can’t they just break it down for me on the front page? Heck, on any page would be an improvement.”

What they’re not telling you

It’s not like the financial industry is unable to do the math. This is, after all, the playground of gold-medal mathletes and people who produce spreadsheets that make the coding in The Matrix look like tic-tac-toe. “The ability to provide personalized rates of return is there, no doubt about it,” says Tom Bradley, president and co-founder of Steadyhand Investment Funds in Vancouver. His firm was recognized at the 2011 Canadian Investment Awards for a white paper about the problem of measuring performance. Bradley is something of a maverick in the industry because his firm actually provides personalized rates of returns for its clients and compares those returns to proper benchmarks. That’s right: simply being accountable makes you a maverick. Go figure.

Almost no full-service brokerages provide personal rates of return or benchmark comparisons by default, even though you are paying top dollar for comprehensive wealth management. Ken Kivenko, an outspoken investor advocate and president of Kenmar Associates, says this lack of performance reporting has been hotly debated for years. He says financial services firms argue that including such reporting would be costly to implement. But he doesn’t buy that excuse. “The sad part is that technology allows customization of the necessary information at a very reasonable cost.”

One could surmise that the main reason the industry keeps you in the dark is so you’re less likely to take your money elsewhere. After all, it’s hard to complain about poor performance if you don’t know what your performance is. I’ve seen and heard many deceptive tricks over the years. For example, if an investor is adamant about holding a fund or stock that is similar to the adviser’s recommendation, the adviser is told never to hold equal amounts of each, because that would invite an easy comparison. Instead, the adviser will appease the client by holding both picks with something like a 55/45 split. It doesn’t matter which pick gets more money—what matters is that now the client has to do some math to figure out which one is doing better.

What you can do about it

If you work with a financial adviser, start by simply asking him or her to produce a report with your personal rate of return once per year. The adviser should also be able to provide an appropriate benchmark to compare with your return (more on this later). Ideally, you should do this in January or February, once the calendar year data for investments and indexes are available.

If your adviser can’t produce these numbers, consider finding a new one. The financial industry primarily pays advisers through commissions on financial products, and if you don’t know how good those products are, how can you know if you are getting value for the fees you pay?

If you want to double-check the numbers to make sure your adviser won’t be offered a seat in the Beardstown Ladies quilting circle—or if you manage your own portfolio—then you have a few options. In all cases, you start by gathering your account statements for the period in question. Then settle in for a bit of math.

As we’ve seen, as soon as you add or subtract funds from a portfolio—commonly referred to as “cash flows”—your calculations will never match up with the returns reported on fund fact sheets, Globefund, Morningstar, or anywhere else you look.

Fortunately, we’re here to help. We’ve put together a spreadsheet (download it at www.moneysense.ca/ror) that allows you to quickly determine your personal rate of return. Simply enter your beginning and end portfolio values, then enter any cash flows—contributions or withdrawals—and the dates on which they were made. Presto, the spreadsheet calculates your personal rate of return.

Note that our calculator is a quick way to approximate your portfolio’s rate of return, but it’s not perfect. If you’re a serious investor, consider purchasing professional software that complies with the industry’s Global Investment Performance Standards (GIPS). One popular choice is PerfCalc, which is available online for $225 (U.S.).

Once you’ve figured out your personal rate of return, how do you know if it’s any good?

Most investors fail to understand that performance needs to be considered in context. Absolute numbers don’t mean much. If your Canadian stocks returned 14% in 2010, for example, then lost 5% in 2011, you might think you did well the first year and poorly the second. In fact, the opposite is true. The S&P/TSX Composite Index, a barometer for the Canadian stock market, was up 17.6% in 2010, which means your performance would have lagged a simple index fund. But the overall market lost almost 9% in 2011, so your 5% loss was actually a good result.

Benchmarking, as it’s called, is only useful if you compare your performance with an appropriate yardstick. It doesn’t make sense to use the S&P/TSX Composite Index if your portfolio also holds bonds and foreign stocks. To make apples-to-apples comparisons, you need to choose a benchmark for each asset class: Canadians stocks, U.S. stocks, international stocks, and bonds. (See “Which benchmark should I use?”)

If you have more asset classes in your portfolio, you can create your own custom benchmark. Again, we can help with the math. Our online spreadsheet includes a custom benchmark calculator, and full instructions for using it.

Whenever you benchmark performance, you should ignore short-term differences, since they are almost meaningless. Taking a peek at one-year numbers is fine, but it won’t give you any reason to switch strategies. If you aren’t aiming for index-matching returns, you have to expect your portfolio’s return pattern won’t match the index either. Strategies need time to play out. This is why it’s imperative to compare three-, five- and even 10-year figures before you come to any conclusions.

If you are a Couch Potato investor, you don’t actually need to benchmark your portfolio, since you are effectively replicating the benchmark with your strategy: index funds set out to deliver the same return as the indexes. You should expect to slightly underperform these indexes because of fund expenses and trading costs, and that’s not a bad trade-off compared to the alternatives. However, you should check your funds’ performance periodically to make sure they are indeed tracking their indexes tightly.

If your portfolio is keeping up with or exceeding its custom benchmark, there’s not much to do except to keep checking back once per year. But if you find your portfolio is consistently underperforming, it’s time to start asking questions. Ask your adviser to put together an analysis to determine the cause. Poorly performing mutual funds and stock picks? Sure, not every pick is going to beat the market every year, but if your entire portfolio has been lagging substantially for several years, you have to face facts: few people, professional or amateur, can consistently outsmart the markets. You might want to reconsider the Couch Potato strategy: it’s gaining popularity for a reason. Even some advisers are warming to the idea of using low-cost index funds with clients, so you don’t necessarily have to go it alone.

If you’re interviewing potential advisers, you may want to see how familiar they are with calculating personal rates of return and benchmarking. Adds Kivenko, “Any dealer who is unable or unwilling to provide personalized rate of return information to clients should exit the advice business.”

I agree. I also believe that if you cannot calculate and benchmark your own portfolio, you might want to exit the DIY business and work with an adviser who can.–Preet Banerjee

For more on this topic, see our example rate of return calculation and tips on which benchmarks to use here.