Invest where the economy is growing

Europe may be flirting with a meltdown, but emerging markets such as Brazil, Russia, India and China look awfully enticing 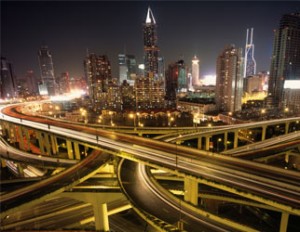 If you’ve been looking for an entry point into the emerging markets, the recent dip may be it. As of late September, emerging market equities as a group were down more than 25% since the beginning of the year (in Canadian dollars). Since those losses have crossed the symbolic 20% mark, these countries are now officially in bear-market mode. The emerging markets—which include Brazil, Russia, India, China and several others—could be in for even more trouble ahead, but investing is not about market timing or catching the bottom. It’s about capitalizing on long-term trends and benefiting from short-term opportunities like this one. Here are six solid reasons why emerging market equities present a buying opportunity now.

First, emerging economies will continue to grow rapidly compared to developed economies. In fact, with developed countries on the verge of another economic slowdown—possibly even another recession—emerging markets are the only place where you can expect to see any significant growth.

Second, most emerging countries are no longer plagued with debt problems. Their international trade balances have massive surpluses and their central banks are flush with foreign reserves. Unlike in Europe, North America and Japan, where governments are burdened with budget deficits, the governments of leading emerging countries have put their fiscal houses perfectly in order.

Third, valuations are now attractive, relative to the rest of the world. The average forward price-to-earnings (P/E) ratio of emerging market equities is currently in the range of 12 to 13, compared with 14 to 15 for global equities. In China, Brazil and South Korea, for example, stocks are currently trading at forward P/E ratios of 10 or less (a forward P/E ratio expresses the company’s stock price as a multiple of its expected earnings for the next year).

Fourth, dividend yields are attractive. Unlike the old days when you bought emerging markets purely for rapid growth, you can now count on growth and decent dividend income. This is good, because dividends represent an objective measure of a company’s financial health. Stated earnings can be manipulated (particularly in some emerging countries; I won’t name names), but dividends are real cash in your hands. Companies that pay high dividends have less room to engage in accounting games.

Fifth, the banks in the emerging countries are the least exposed to Europe. A healthy banking system is critical for economic growth. With all that’s happening now in the Eurozone, the impending crisis is bound to affect banks exposed to European debt. In this respect, the Asian and Latin American banks, which represent the highest component of emerging market indexes, will be less affected than American and European banks.

Finally, the emerging currencies are strong. This is both good and bad: currency appreciation has the potential to offset some of your losses and add to your gains when markets rebound. However, currency strength is also related to inflation and high interest rates, which are not good for stocks, and this largely explains the recent 25% dip in the markets.

Indeed, inflation is the major risk currently surrounding emerging market equities. Some economies, such as those in Brazil, China and India, are now truly overheating, with inflation rates in the 6% to 8% range. As a result, interest rates are becoming dangerously high. In Brazil, for example, short-term rates are currently north of 10%.

It is all but certain that high interest rates will quell economic growth eventually. The objective of governments and central banks is to manage a soft landing where economies cool down enough to control inflation, but not so much that they induce a recession. The danger is that if they press too hard on the brakes, economic growth will come to a grinding halt.

Moreover, emerging economies are not isolated islands: many depend heavily on exports to the West and Japan. That means a major slowdown in global economic growth will result in reduced demand for their exports. There are already signs that this is starting to happen, as China’s fourth-quarter growth is now forecasted to slow to (a still whopping) 8.5% from nearly 10%.

There is also the nagging issue of governance and transparency. In many emerging countries, the law is still applied selectively. Corporate governance and accounting standards are not as strict as in developed markets, and therefore financial statements and earnings reports are not always reliable. This problem occasionally spills over to companies listed on western stock exchanges, as we recently saw with the Sino-Forest case. Moreover, despite their relentless economic growth, countries such as China and Russia still have major structural economic problems that remain to be resolved.

If economic concerns materialize into a full-blown recession, we may see further market weakening. You will also feel the heat of currency volatility, as exchange rates will strongly (but temporarily, I believe) favour the U.S. dollar as a safe haven during periods of market turmoil. But as I said, investing is not about market timing. It’s about buying low and selling high, which means you add to your positions when the news is bad and prices are down.

So what is the best way to invest in emerging markets? Certainly picking individual stocks is out of the question for most investors, so mutual funds are the most sensible choice. “The passive route” table provides a list of exchange-traded funds (ETFs) with low management expense ratios. The Vanguard MSCI Emerging Markets ETF (NYSE:VWO), for example, charges just 0.22%.

The beauty of ETFs is that they give you exposure to hundreds of individual stocks in many emerging countries. They are fully invested at all times, so you will fully benefit from a market rebound when that happens. On the flip side, however, you will take the full brunt of any further downturn.

The two WisdomTree ETFs offer an interesting approach. Unlike most emerging markets indexes, which are dominated by large-cap companies, the WisdomTree indexes focus on dividends and have whopping yields in the 6% to 7% range. Both funds have a high allocation to Taiwan and little exposure to China, India and Russia. Exposure to banks is high, which is typical of dividend funds. This means the waters will be choppy in the short term, particularly if we have a full-blown credit crisis. However, dividend yields will provide good support in the long term.

The other table provides a list of actively managed funds for you to consider. The major problem with these funds is their high cost. The moment you steer away from index funds, your annual management fees jump by a lumpy two percentage points or more. In most cases, these costs are more than enough to offset the fund’s dividend income. Still, this is a category where risk is high, so the comfort of having a skilled manager is, for many investors, worth the cost.

AGF Emerging Markets has been a good performer. For the past three years, the fund has beaten its benchmark, and its average annual return over the last five years is almost 10%. It follows a bottom-up approach: in other words, the manager’s strategy is based on individual stocks rather than sectors or countries. Against that backdrop, no single sector or country represents more than 15% of the total portfolio. My major concern with this fund is the very high management expense ratio (MER), which is more than 3%. That said, one must recognize that the extremely low portfolio turnover (10% to 15%) partly compensates for that.

Brandes Emerging Markets Equity also has one of the best long-term records, with an 8.8% average five-year return. It has recently been hurt by its exposure to financials and some other individual holdings in the consumer sector. However, on balance, the fund presents some advantages in the form of broad diversification across sectors. This can help smooth out the ride in this highly volatile space. Again, the low turnover compensates for the high MER.

If you truly believe in buying low and selling high, you need to tolerate short-term volatility. That’s why investing in bad times takes so much courage and discipline.