Time to give trusts another try

Many swore off income trust funds because of the new tax. But a 7% yield is hard to pass up. 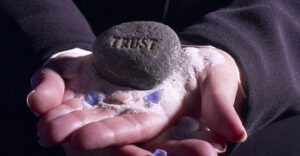 Remember income trusts? They were all the rage a few years ago. At least they were until October 2006, when the government suddenly announced it would tax them. Their value plunged overnight and countless Canadians were outraged as they watched their retirement savings get decimated.

It’s putting it mildly to say that income trusts are no longer popular. During the past three years, the total assets invested in income trust funds has shrunk by a stunning three quarters, to a meagre $5 billion. But now that some time has passed, it’s worth asking whether this massive sell-off was justified. After all, bargains often lurk among unpopular investments, and some income trust funds are now offering juicy annual cash distributions as high as 5% to 7%.

I know, I know. The income trust world is marred with uncertainty. But things may not be as bad as you fear. As a matter of fact, income trusts today look less risky to me than regular equities, with more upside potential than downside. Here are five reasons why:

The market has already discounted the extra tax. You should rest assured that nothing drastic will happen when the new income trust tax comes into effect on January 1, 2011. The market almost immediately discounted this event as soon as the government announced the change. There has now been plenty of time for the market to reprice trusts according to the new tax structure.

Even with the tax, trust funds will yield more than most dividend funds. Yes, income trusts will have less surplus cash to distribute. By my estimate, the new tax will knock out a good two percentage points from your fund’s annual income. But even after that haircut, the trust’s income spinning structure is likely to deliver a higher yield than you would get from a normal equity or dividend fund.

Trusts can now convert painlessly to corporations. Since the 2006 announcement, the federal government has passed a new law that allows income trusts to convert into corporations with minimum tax implications. Because of that, any conversions that take place in the future should not result in losses to you as an investor. What will change is the legal status of some of your fund holdings, from trusts to high-yield equities. But well-run businesses will continue to deliver value to investors, whether they are structured as trusts or corporations.

You can profit from mergers. It’s widely expected that there will be more mergers and acquisitions in the income trust field. But if one of the trusts held by your fund manager is acquired, it will most likely take place at a premium. This means that there’s often a potential for moderate capital gains.

Income investments will get more popular. The idea that companies should pay out as much as they can in dividends is gaining traction. Investors are getting weary of executives who retain cash to fund questionable expansions that satisfy their personal egos, but don’t add value for shareholders. As well, the increasing number of retired baby boomers is creating more demand for income investments. So it looks like trusts are here to stay. And as demand for them goes up, so could their value.

Yes, the income trust universe as we now know it will change. The number of available trusts will keep shrinking for a while yet. A number of income trust funds will expand their mandate to include high-yield equities (and possibly high-yield bonds) to broaden their investment scope. However, this should not have any negative effect on your wallet. And in the meantime, many trust funds have awfully attractive yields.

As with any investment, there are risks. Like stocks, income trusts were shaken by the market crash, and there may be further short-term fluctuations in their value before the markets stabilize. Further, their cash distributions are essentially dependent on the net cash flows generated by the underlying trusts. Those cash flows are dependent on the overall economic situation. During times of economic growth,surplus cash flow results in higher cash distributions to investors, and vice versa. So when the economy foundered over the past year, it forced several income trusts to cut their distributions. There is a risk of further cuts if we have a prolonged period of slow growth, or lower oil and gas prices. However, the general consensus is that the worst is behind us.

Interested in a 6% or 7% yield? The table (below left) provides a list of well-managed, relatively cheap income trust funds, with diversified portfolios. I have not included any income trust exchange-traded funds, because I find that the S&amp;P/TSX Income Trust Index upon which they are based is overloaded with energy trusts. Further, in these uncertain times, I feel that you need a good fund manager who knows how to select sound trusts that can sustain further economic weaknesswithout cutting cash distributions.

Market prices may go up and down in the short term. However, the ultimate value of your investment will be determined by the net income that you derive from it. That’s why, when compiling my list, I focused on the funds with the highest income distributions. To calculate the estimated yield, I divided the annualized net income distributions of each trust by the net asset value, and disregarded capital gains and return of capital. If you’re interested in funds that will spin off regular income for your retirement, you may find some of these funds interesting, but be sure to do your own research too.

Trustworthy Contenders
These income trust funds are well-managed and relatively cheap — and likely to spin off a higher yield than dividend funds.