Secrets of the rich: Keep more of what’s yours

Believe it or not, the top 10% of tax filers by income pay just 16% in taxes. Do they know something you don’t? 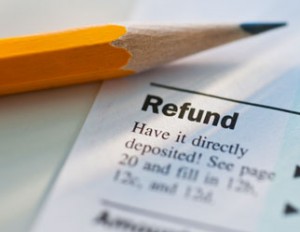 Split your taxes
Chad DeGraff, a 39-year-old securities lawyer in Toronto, recently figured out a way to save an amazing $25,000 on his taxes over the next five years. Chad has an $800,000 investment portfolio that spins off about 5% a year in income (about half dividends, half interest income). Because he has a high salary of $400,000 a year, he’s in the top tax bracket. That means he would normally pay about $15,000 a year in taxes on his investment income alone.

But by working with Allison Marshall, a senior manager at RBC Wealth Management Services, he came up with a plan to save big. Chad set up a family trust and named his wife, Claire, and their four children as beneficiaries (we’ve changed their names to protect their privacy). Then he loaned his $800,000 portfolio to the trust and charged an interest rate of 1%. That way, the income from his portfolio is taxed in the hands of his wife and kids, at a much lower tax rate. In fact, after fees and taxes, he’s saving about $5,000 a year.

Chad’s strategy is called income splitting, and it works especially well with investment income. The wealthy know that while it may seem natural for the main breadwinner to do the investing, if the investments are made (and taxed) in the name of the lower-earning spouse, the returns are taxed at a lower rate. But you can’t just give your spouse the money, because “anything you transfer to your spouse will be attributed back to you,” says Craig Senyk, director of portfolio management at Mawer Investments. Instead he says you should use a low-interest loan and a promissory note. As long as you charge at least 1% interest on the loan (the current minimum allowed by the Canada Revenue Agency), the spouse who borrows the money can invest it in his name, and the returns will be taxed at his rate.

Some affluent investors like Chad even set up family trusts and then loan the trusts money, explains Tony Maiorino, vice-president and head of RBC Wealth Management Services. This strategy enables an affluent family not only to split income, but also pay for expenses with pre-tax dollars.

There are many legal ways you can split your income. You can set up a spousal RRSP in the name of the spouse with the lower income, and the spouse with the higher income can contribute to it. As long as you leave the money in there for three years, when it’s withdrawn, it will be taxed in the hands of the lower-earning spouse at a lower rate. You can also contribute to a spouse’s Tax-Free Savings Account (TFSA), and once you retire, you can share your Canada Pension Plan (CPP) benefits and other pension income. (See Slash your taxes for more on how to use these strategies.)

In some cases you may want to consider more complex strategies, such as setting up a family trust. Trusts allow families to income split with all members of the household, regardless of age. For instance, if a married couple with three kids, ages 4 to 12, spends $5,000 per child on sports each year, they could set up a trust naming each child and spouse as beneficiaries. The family could then loan trust a sum of money, which is invested. They could then pay the $5,000 per year to each child out of the returns on those investments, and little to no tax will be paid on that income. “But do the math,” says Maiorino. It will cost you between $1,200 to $1,500 in legal fees to set up the trust (for non-complicated situations) and every year you’ll have to file a tax return for each child, regardless of their age, in order to report their trust income.

Use tax shelters
If you dream of hiding your money from the tax man in a secret offshore account, keep dreaming. The legality of many such shelters is questionable, and lately the Canada Revenue Agency has been cracking down. Besides, why resort to numbered Swiss accounts when Canada already offers a perfectly legal tax shelter? You know it well: It’s called an RRSP and it’s the best shelter around. (The TFSA is a close second.)

Many high-net-worth investors max out their RRSP and TFSA contribution room quickly, but they make the most of the room they have by putting the investments that are taxed the most heavily inside the shelters, and keeping investments that are taxed lightly outside. The income from bonds and GICs is taxed at the highest possible tax rate, for instance, so wealthy investors keep their bonds and GICs inside their RRSPs and TFSAs. On the other hand, the capital gains on stocks and the dividends from Canadian corporations are taxed at a much lower rate, so those investments can be kept outside of registered accounts.

Another way affluent investors smooth out their tax hit is to use their losses and gains in the stock market strategically. When investors harvest an investment loss — by selling the sinking stock — they can apply that loss against gains in that year and subsequent years to pay less tax.

Statistics show that in 2008 the total amount that Canadians contributed to their RRSPs accounted for only 5.3% of the available room. “So before you even think of a family trust or spousal loan, maximize your RRSP and TFSA contributions,” says Maiorino. “These plans are simple and effective, which makes them no-brainers.”

For those using mutual funds, you could also consider corporate class funds. “This is a family of funds that allows you to switch from one mutual fund to another without incurring a capital gain,” says Mawer’s Senyk. These funds do come with a higher fee, so make sure your investment strategy warrants the added expense.

Yet another way to make your mutual funds more tax-efficient is to select funds with a high tax-efficiency ratio. “Affluent clients look for a tax-efficiency of 90% or greater,” says Senyk, “as they’ll retain about 90% of their money on an after-tax basis.” Finally, you could switch to exchange-traded funds, which are inherently more tax-efficient.

Get some sound advice
Earlier this year Chuck McQueen, the head of a multi-million dollar manufacturing business in Southwestern Ontario, hit his mid-50s and began to consider what retirement would look like. Despite being financially savvy, McQueen knew that if he wanted to legitimately keep more money from the tax man, he’d need to enlist the help of a professional (we’ve changed his name to protect his privacy). So he met with Ted Rechtshaffen, president and CEO at Tridelta Financial in Toronto. He paid $3,000 for a plan that enabled him to extract $2.5 million in tax-free earnings from his business. Not a bad return on his investment.

“Advisers have insights that allow them to seek out opportunities to take advantage of tax laws and strategies,” says Talbot Stevens, financial educator and author of Dispelling the Myths of Borrowing to Invest. “So an affluent investor has no problem paying a $20,000 fee if it means saving millions.”

This, in fact, highlights a significant difference between the affluent and the majority of regular investors: the rich have no problem spending a bit of money in order to grow or preserve wealth because they take a long-term perspective on estate management. Instead of trying to maximize their tax refund every year, the affluent develop a tax plan that spreads their earnings and losses over a number of years. The result is a lower annualized tax rate, which minimizes the taxes they pay overall.

Once your portfolio hits a certain size — say $150,000 or more — it’s time to hire a professional to draw up a proper financial plan. Even if you do most of your investing yourself, a long-term plan can save you tens of thousands of dollars in taxes. A detailed plan can ensure that you make the best possible use of your RRSPs and your TFSAs, as well as the income-splitting plans available to you. Making your investment portfolio as tax-efficient as possible is a complex process, so this is one area where you’ll almost always get your money’s worth by hiring a pro.

For instance, Patricia Domingo, an investment and retirement planner at RBC, recently helped a client in his mid-50s who was avoiding taking money out of his RRSP, because he was already receiving $80,000 a year from a disability pension. The client thought he was avoiding a tax hit, but he wasn’t. “His disability pension was self-funded, so he paid almost no tax on his yearly income,” explains Domingo. By constructing a plan with the client’s accountant, Domingo was able to use the client’s TFSA contribution room and unregistered accounts to withdraw some RRSP funds. “By doing this we will be able to help him keep some of his government retirement benefits, such as Old Age Security.”

Read Severance, pensions and unemployment at 65: Should you apply for a pension if you get laid off?