Investing: Time to get back in. But back in what?

Stocks are overpriced, real estate and gold are frothy, and bonds could take a dive. So where should you invest? 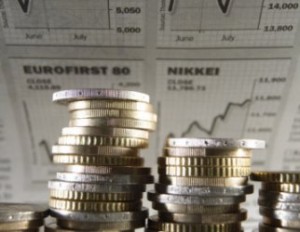 A lot of people are asking me whether it’s time to start investing again. No wonder: The TSX is now up 50% from the March 2009 low, and the worst of the recession appears to be over. Many investors feel like they’ve spent the past year huddled in the basement in the dark as a hurricane whipped overhead. Now they’re starting to pop their heads out, take in the sunny air and start rebuilding.

So is it time to start investing again? That’s an easy one. The answer is yes, if you haven’t already. But that brings us to a much tougher follow-up: What, exactly, should you be investing in?

The obvious place to start is stocks. They’ve done amazingly well over the past year, so it’s tempting to join the party while stocks are still a bargain. Sadly however, the party may be already over. As Norm Rothery points out in his column on p.21 (“Four deals in a pricey market”), the TSX is already overpriced by some measures.

Stocks were so expensive prior to the crash that the market tumble only briefly brought values back down to earth. The swift recovery since then means that most stocks are once again looking pricey. That doesn’t mean they couldn’t keep going up for a while (especially if we hit another bubble), but it does mean that over the long run, your return on equities may be lower than the historical norm.

Okay, so you missed the chance to make a killing on the stock market. Why not invest in real estate instead? It has gone nowhere but up for more than a decade. Housing is so strong that, apart from a brief faltering just over a year ago, it’s been surging as if the recession never happened.

But there’s a problem here too. If you get into real estate now, you could be buying in right at the peak. Economist David Rosenberg of Gluskin Sheff in Toronto has calculated that Canadian housing values are anywhere between 15% and 35% above what economic fundamentals suggest they’re worth.

Others argue that housing still has lots of life in it yet. But caution is warranted when even Bank of Canada governor Mark Carney is out there saying that Canadians should make sure they don’t get in over their heads, as interest rates will inevitably rise.

Fine. How about gold then? Two years ago gold was trading in the US$800 an ounce range. Now it’s up to US$1,100. It seems to be unstoppable, and besides, gold always does well in recessions.

But like real estate, some say gold’s value has risen way too fast. Nouriel Roubini, the economist known as Dr. Doom for predicting the recent economic crash, argues that the current price of gold isn’t based on fundamentals, rather it’s being driven up by a herd-like mentality among investors. “All bubbles eventually burst,” he wrote recently. “The bigger the bubble, the greater the collapse.”

Maybe it’s time to play it safe then. GICs are always a safe bet. But they may be too safe. The trouble with GICs is they hardly pay any interest right now. Even five-year GICs are only paying a paltry 3% interest these days. Those returns will disappear if, as some experts predict, inflation starts to rise. “A lot can happen in five years and I think it’s a bit risky to lock in at these rates,” says Dan Hallett, director of asset management at HighView Financial Group in Oakville, Ont.

So what about bonds? Last year investors put more money into bond funds than any other category of investments. No wonder. Bonds did remarkably well over the last decade and they’re seen as safer havens than stocks, particularly government bonds.

But dangers lie ahead here as well. Rising interest rates (and they do have to rise eventually) will cause bond prices to fall. Also, if the economy falls back into recession anytime soon, default rates on corporate bonds will go up.

So where should you invest? If all the asset classes are either overvalued or stagnant, where on earth should you turn? The answer, is all of the above.

The last decade has shown that most people can’t anticipate where the growth will come from. Why beat yourself up trying to guess? Stick to the fundamentals of a sound investment strategy with the right mix of stocks, bonds and GICs in a low-fee investment account.

Forget about trying to time the market’s ups and downs. Ditto for guessing whether bonds are going to outperform stocks or vice versa. Even seasoned investors get it wrong. Sticking with a diversified portfolio and contributing regularly is what works over the long run.

Need proof? Look at what happened to most of the people who tried to time the market during the crash. Even the pros were pulling out right at the bottom. The smart investors turned off CNN, ignored the panicky newspaper headlines and kept contributing all the way down—and all the way back up again.

It’s true that right now the markets are sending out a lot of mixed signals. And it’s also true that you may not get the returns you’re used to for a few years. But you’ll still do fine. Just stick to your long term strategy, and you’ll sleep much better—especially when the next hurricane hits.