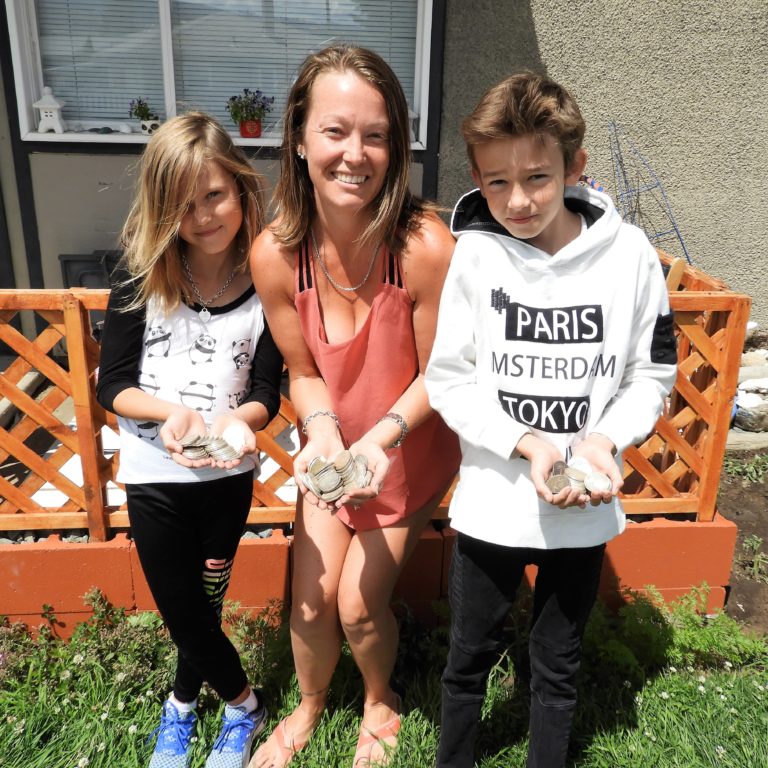 I’ve always been interested in investing—though not necessarily through the common method of stocks and bonds. Living in Vancouver with my two kids—Colton, 10 and Ava, 9—I’ve always tended to do things away from the mainstream, including homeschooling my kids since they were toddlers. Over the years I’ve tried to make stock market investments but the volatility, as well as my low risk tolerance made investing in securities difficult to stick with in the long-term. So I started looking for something else and that’s when I found coin collecting.

Coins can be a good investment and right now I’m collecting only Canadian coins. I buy them off of Ebay or from private collectors and today I’m just four coins short of having a set of every Canadian coin in existence.

Historically, it’s important to understand that the Currency Act of 1841 made British sovereigns and American 50 cent, $1 and $10 coins legal tender in the Province of Canada but the first Canadian coins weren’t minted until 1858 in denominations of one cent, five cents, 10 cents, and 20 cents. Three years ago I also started reading the Charlton Coin Guide, world renowned for coin coverage. Once a year, it puts out a coin-buying guide where it evaluates the metal value and rarity and condition of most coins. It’s a good guide for someone who’s buying coins and wants to know what different coins are worth.

I also surfed the web and found eBay’s coin section where private collectors go to buy and sell coins. My aim was to find out the value of certain coins, how they’re graded, what’s worth collecting and what isn’t. Ebay is the best tool to see the current market value of coins, mainly because you can also look back at 60 days worth of sales to see which coins sold and at what price.

I also started educating myself. I started by simply taking an online course on the history of Canadian coins by the Royal Canadian Numismatic Association, a non-profit association for coin collectors and other people interested in Canadian coin collecting. It costs $30 and after you pass a final test, you get a certificate you can hang on your wall. They put out a monthly magazine and let you know about interesting events going on in the coin world. It’s fascinating and I hope to go to an event one day. Most are on the East Coast, so a little far for me to go to right now with two young kids.”

Today, my coin collection is almost complete. I have every Canadian coin issued except for four—and two of those I likely won’t ever get. They’re the mecca of coin collectors—the 1921 50-cent piece and the 1921 five-cent piece. There’s only a handful out there and they’re in the hands of very wealthy collectors. They’d likely fetch $150,000 or more if they ever came to market and they likely won’t.

But more satisfying than actually acquiring the coins is hearing the stories behind some of them. For instance, the oldest Canadian coins I own is the 1858 five-cent and 10-cent pieces. I like all coins in general and even have one from the 1300s. It’s a tiny European coin. On one side is a knight with a shield and you can clearly see it’s been hammered and forged. On the other side is the face of Jesus.

I also love the story behind the 1936 coin with a tiny dot on it. These Canadian dot-cent coins were prepared after George V’s death as prototypes. But Canadian coin-makers were forced to scramble that year because an expected minting of coins with the image of George V’s immediate successor — his son Edward VIII [and Queen Elizabeth’s uncle]— was abruptly put on hold when he abdicated at the end of 1936.

Mint officials didn’t have a proper portrait prepared for the next in line to the throne, George VI, so they feared a gap in production. The contingency plan to avoid a shortage of pennies and other coinage at that time was to re-use the George V templates from 1936 but add the barely visible dot directly below the date to identify them.

Some experts believe just a few of these penny samples with the dot were produced, along with limited numbers of similarly marked dimes and quarters. No one’s sure how many of these dotted coins are really out there but I just love the story behind that coin, regardless of its potential scarcity.

My plan is to leave the coin collection to my two kids. I invested about $15,000 in buying the coins and am in the process of getting my whole coin book professionally graded. I think it could be worth several thousand dollars more by the time they attend university. But even if I don’t sell it at that time, I’ll keep the collection for them and when they’re 30 years old or older they can use the money for a down payment on a house. With cryptocurrencies on the rise, I really think one day, coins will become a novelty item. I’m betting that will only mean an increase in the value of the coins and will likely turn out to be a great investment for their future.

Even though I don’t fit the stereotype of the typical coin collector—older gentleman, very serious-looking—it’s something I enjoy and hope will grow in value in the future. And while it’s important to collect what you love, I wanted my collection to be something that would rise in value one day and pay off for me—and the next generation of my family.

MORE ABOUT HOW I DID IT: