Inflation and interest rates control the market mood; PepsiCo and U.S. banks kick off earnings season; and is Quebec a hidden investment gem? 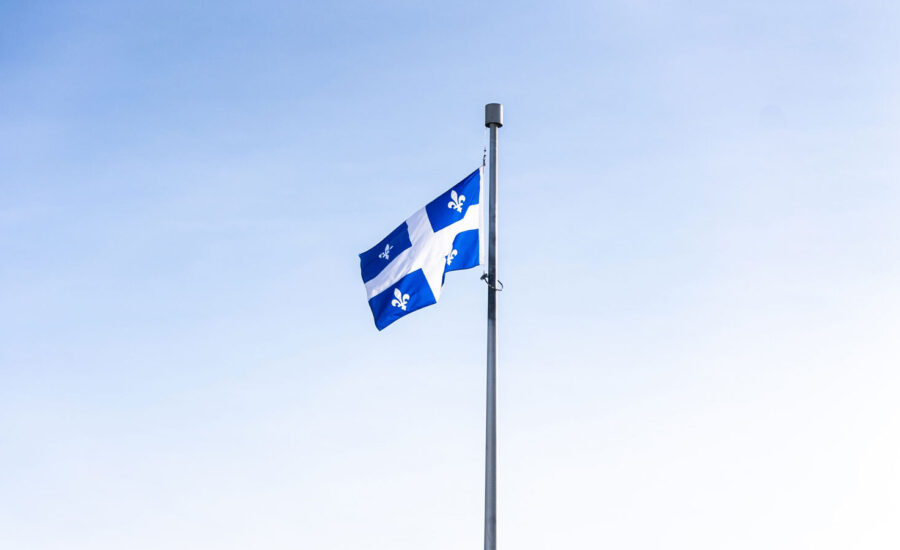 Big thanks to Jon and Dale for taking the “Making sense of the markets” baton the last few weeks as my wife and I enjoyed a much-needed vacation. The time away was excellent—the airports, not so much. In any case, the markets never take a break, and with earnings season kicking off, there was no shortage of storylines to catch up on.

Inflation—and governments’ response to it—continues to dominate the headlines and control investor sentiment.

The Bank of Canada (BoC) surprised business leaders on Wednesday with a full 1% raise of the benchmark interest rate, from 1.5% to 2.5%. Experts had predicted a 0.75% increase, which would be in line with the U.S. Federal Reserve’s recent increase—from 0.75% to 1.5%. Instead, the BoC chose to be even more hawkish on inflation than our southerly neighbour.

The quarterly Money Policy Report explains that the BoC is now forecasting 7.2% annual inflation in 2022, and 4.6% in 2023—a substantial increase on past forecasts. Notably though, the bank does not believe these aggressive lending rate moves will necessarily throw the Canadian economy into a recession. The bank’s primary concern is the psychological aspects of inflation becoming cemented into place and triggering long-term wage-price consequences.

Notably, the BoC recognized it had very little control over some aspects of inflation, and it says: “While global factors such as the war in Ukraine and ongoing supply disruptions have been the biggest drivers, domestic price pressures from excess demand are becoming more prominent.”

Meanwhile, in the U.S., reports of 9.1% annual inflation show that while it might be getting close to peak inflation, it’s not going to go down without a fight. Markets were down this week as businesses and market makers were forced to recalibrate their interest rate expectations going forward.

With inflation and interest-rate news now being such a key short-term market driver, we’ve entered this weird twilight zone, where negative economic news such as a rising unemployment rate would actually be welcomed. That’s because it would mean inflation-fighting measures are starting to work.

On the other hand, good news is now bad news. This indicates that rates will have to rise even higher before they accomplish their inflation-flattening goals.

Energy costs were cited as the main driver of inflation—which might actually bode well for everyone considering the downward trend we’ve seen in energy prices so far in July.

For Pepsi profits, size does matter

PepsiCo’s (PEP/NASDAQ) earnings this week continued to reward patient investors who invest in companies with solid fundamentals. The company’s net sales came in at USD$20.2 billion versus Wall Street estimates of $19.55 billion. Earnings per share were $1.86, substantially topping the estimate of $1.74.

Highlighted in the earnings call was the willingness of consumers to accept higher prices for Doritos chips and Gatorade, as well as overall growth in Africa, the Middle East and Asia.

Despite the solid bottom line, PepsiCo executives aren’t exactly taking a victory lap. They appear to be laser-focused on keeping costs under control. PepsiCo’s chief financial officer, Hugh Johnston, says, “Balance of the year inflation is higher than it is for the first half of the year. I think we’ve mentioned in the past, we’re in the teens in terms of commodity inflation. That will continue, but a little bit higher in the back half.”

When you consider not only the supply pressures but also the USD$1.17 billion hit the company took from the Russia–Ukraine war, the quarter was a major win. Once again we see that revenues and earnings from a company with pricing power are remaining strong despite gloomy investor sentiments.

Analysts expected some “reversion to the mean” for U.S. bank earnings after massive revenue jumps last year; however, even these moderated expectations proved to be too optimistic. (All numbers below in U.S. currency.)

Note: “Reversion to the mean” is a statistical term, meaning data sets are more likely to come back to their average point, instead of continuously posting outlier results, over the long term.

JPMorgan (JPM/NYSE): Even “economic rockstar” and JPMorgan CEO Jamie Dimon wasn’t immune to the bank downturn. Earnings fell 28%, and earnings per share were $2.76, versus the predicted $2.88. The stock was down 5% in early trading after the earnings call, and is now down nearly 30% year to date.

Morgan Stanley (MS/NYSE): A 55% drop in investment banking revenues highlighted a rough quarterly report. Overall revenue came in at $13.13 billion, versus $13.48 billion predicted. And earnings per share were $1.39, versus $1.53 predicted.

Wells Fargo (WFC/NYSE): Second-quarter profit declined 48% from last year, but this decline was somewhat expected. Adjusted earnings per share were $0.82, versus $0.80 predicted, on revenues of $17.03 billion versus $17.53 billion predicted.

Citigroup (C/NYSE): Citigroup fared the best out of the U.S. banks that reported this week, as earnings per share were $2.19 versus $1.68 predicted. Revenues were $19.64 billion versus $18.22 billion predicted and shares were up over 3% in early trading.

While U.S. banks are seeing substantially lower revenues from investment banking, this was expected to some degree in year-over-year comparisons given how hot that market was in 2021. Given the dramatic differences in revenue models between Canadian banks and their U.S. counterparts, investors should be careful when making negative extrapolations and applying them to their Canada-based financials portfolio. While the threat of a recession clearly isn’t good news for banks anywhere in the world, they should receive some tailwinds in the form of increasing interest rates spreads going forward.

I still don’t believe this recession will be deep enough to represent any real threat to the Canadian banks in the long term. After all, we’re still in an incredibly hot labour market and the strengthening U.S. dollar can only continue to help our balance of trade numbers.

While the Canadian earnings scene was mostly quiet this week, Cogeco Communications (CGO/TSX) posted an impressive 5% earnings raise for the quarter, with CAD$100.3 million in reported net profit. Revenue was up 16.6% over the period, and earnings-per-share went from $2.02 to $2.17 on a year-over-year basis.

In response to the good news, shares of the company jumped 5% in early trading on Thursday morning.

This got me looking into a bit of a positive trend I’ve been noticing over the past few years, when it comes to companies based in Quebec. I knew anecdotally Quebec’s past reputation as an economic laggard was no longer deserved. But I have to admit the more I read into just how strong Quebec’s economy is at the moment, the more I think there is a real opportunity for outperformance by companies that have a strong exposure to the Quebec market.

For example, in 2021 Quebec realized 6.8% GDP growth, which is a crazy-high figure for any developed economy. And it was well ahead of Canada’s 4.9% overall. Another interesting indicator of Quebec’s relative strength is the fact migration from Ontario to Quebec has risen substantially and reversed the long-term historical trend, which operated in the other direction.

Furthermore, Quebec’s diversified economy means it isn’t solely dependent on any specific sector for growth going forward. And I would argue that its unique political position within the broader Canadian context means that Quebec’s concerns will always be foremost in politicians’ minds.

No doubt much of this information has already been baked into specific stock prices, but I think some of the Quebec-based companies will be in a great position to expand outward from a growing base in the years to come. (However, MoneySense columnist and editor Jonathan Chevreau is not a fan of Quebec stocks after “being burned” on Bombardier years ago.)

Perhaps Cogeco—with a relatively small market cap compared to other Canadian telecommunication giants—will be able to continue to deliver outsized returns going forward.  And while it’s unlikely this week’s Rogers outage will have a drastic effect on its stock price, it did knock the stock down relatively to its peers this week.

Of course, bad news for a key competitor is good news for Cogeco.

One other stock I’ve been following with a similar investment thesis is National Bank (NA/TSX).  While it is much smaller than its Big Five peers, the potential for growth is outstanding. National Bank has been using its solid Quebec base to expand outwards in some very interesting ways for several years now. And its current valuation of well under a 9 price-to-earnings (P/E) ratio shows that there is a ton of upside to be had.

After all, if you’re the main banking option in a booming provincial economy, how bad can the downside really be?