The worst first-half results for both stocks and bonds in decades makes the case for not obsessing over your portfolio; plus, index rebalancing, retiring during a recession, and SI and ESG. 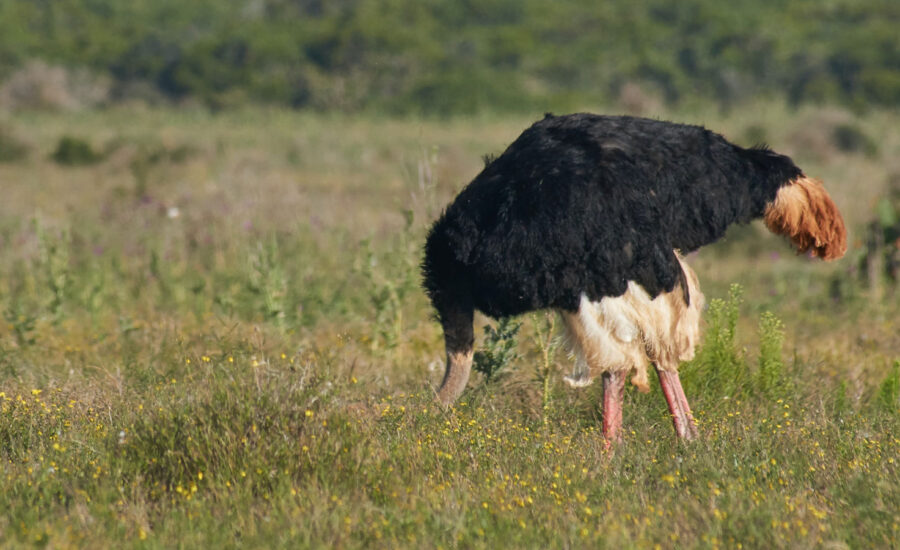 Photo by Wolfgang Hasselmann on Unsplash

While regular “Making sense of the markets” columnist Kyle Prevost is on vacation, Dale Roberts and I are filling in. Dale’s piece ran last week, and it’s my turn this week. Dale will return next week, after which a well-rested Kyle will resume.

Speaking of Dale, this week he wrote an interesting article for Seeking Alpha, titled “If I could only own 10 stocks.” Six are Canadian, the other four are American. Since he’s in semi-retirement, his picks may appeal to income-seeking retirees, perhaps supplemented by broad-based exchange-traded funds (ETFs) like the ones Dale helps pick for the MoneySense ETF All-stars, of which he is a panellist.

The case for checking your statements seldom or never

Canada’s financial markets are closed July 1 for Canada Day. And U.S. markets will be closed on Monday, July 4 for Independence Day.

Stock markets are clearly still in a nasty bear mode. Unlike the fastest bear market ever back in early 2020 that was caused by the pandemic, I suspect this one will linger. Perhaps as long as the Ukraine war drags on.

This week, markets have been mostly down, as investors had to add a Russian debt default to a growing list of worries, which includes inflation, possible recession, U.S. political turmoil and much more. In fact, the first half of 2022 has been the worst first half in decades for both stocks and bonds, meaning investors couldn’t hide even in a classic balanced fund of 60% stocks to 40% bonds. According to Reuters, the MSCI World Equity Index has lost more than 20%, the worst fall since the index was created, and certainly since 1970. And because of rising interest rates, bonds have been no better. U.S. Treasuries lost 11% in the first half, which if this continues the whole year would make 2022 the worst year on record.

Which leads nicely to a question most of us can relate to, especially in recent months: How often should you check your investment statements?

We’re starting to see advice from credible financial journalists about dealing with bear market stress by, in effect, behaving like an ostrich and sticking your head in the ground, instead of habitually checking your portfolio (or casting a sad eye to the continual market feeds on many cable news outlets, especially when they’re red).

Exhibit 1 is a Globe and Mail piece by Tim Shufelt: “If a tanking portfolio is stressing you out, try this: Unfollow the stock markets.” Shufelt cites research that says compulsively checking a portfolio may be detrimental to its long-term performance. He points to robo-advisor SifFig, which found that investors who peeked every day earned 0.2% a year less in return than average. And furthermore, checking twice a day doubled that underperformance. He suggests finding comfort in the fact that the stock market tends to rise over time—the S&P 500 has generated an average annual return of nearly 10%.

Exhibit 2 is a blog post by fee-only financial planner Robb Engen. His Boomer & Echo post is aptly titled “Stop checking your portfolio.” He reminds investors how brutal 2022 has been, and not just for stocks. Even bonds have been underwater this year, which means that past stalwarts like asset allocation exchange-traded funds (ETFs) have been losing money. He cites Vanguard’s VBAL (which I also own) as being down 10% in 2022, after double-digit returns between 2019 and 2021. He supports the recommendation of American economist and professor John List that investors should check their portfolios “as rarely as possible.”

Exhibit 3, a counterexample, comes from Financial Post columnist Peter Hodson, who disputes the notion that what you don’t know can’t cause you pain. He wrote last weekend:

“Um … no. As painful as it may be to look at your portfolio, ignoring it is not going to help you … The markets don’t care if you have lost money.”

Even if you try to avoid checking for red ink, that’s easier said than done, even for those who believe their portfolios are well diversified across most asset classes and geographies.

Personally, I hoped a version of Ray Dalio’s all-weather portfolio (see my MoneySense column from earlier this year) would do the trick in these stormy waters. But, alas, lately it seems nothing is working. Those who thought crypto would act as an inflation hedge now know better, and we’ve already seen the safe haven of bonds has not been a panacea either. The more vocal bears believe the only safe place right now is cash, but even that ultimately loses to inflation.

It’s enough to make you want to put your head in the sand!

As an aside, while I personally check my portfolio perhaps once a week, after reading these articles, I tried the ostrich route. I held off for almost a month. And while the accounts were indeed down when I finally peeked at them, thankfully, they weren’t down as far as I had feared.

If you’re mostly invested in index funds or ETFs, you need to know what you own through the various indexes being tracked. All of this market flux is also affecting what the big indexes own.

FTSE Russell published the final 2022 index membership lists on Monday, June 27, 2022. Its protracted index reconstitution started in May and culminated last Friday in one of the biggest trading days of the year.

The Russell indexes, primarily of U.S. stocks of all market caps, are the basis for many ETFs and therefore of great interest to both institutional and retail investors.

Each year, Russell looks at valuations, market-cap changes and other criteria to rebalance or “reconstitute” its various indexes.

As Forbes explains, the Russell 3000 Index is composed of the 3,000 largest companies in the U.S. equity market, and it makes up about 98% of all U.S. stocks. It’s much more diverse than other popular indexes like the S&P 500, which tracks 500 or so stocks, and the Dow Jones Industrial Average (DJIA), which includes 30 mega caps.

This occurred because the stock prices of former pandemic winners have plunged—Meta dropped 51% from its highs, Netflix is down 63%, Zoom is down 68%, and PayPal has fallen 74%. These declines have dragged down the stocks’ price-to-book ratios, adding to their value weight. Value stocks have been hit half as hard as growth stocks over the past year. The Russell 1000 Growth Index is down 18% while the Russell 1000 Value Index is down 9%.

“When it comes to the new-school large-cap value, I would rather own the new kids on the block: Meta, Netflix, PayPal, and Zoom rather than IWD right now.”

Near-retirees are particularly anxious about the impact of a looming recession on the timing of their retirement, reports a recent survey by Advisorsavvy and debt specialists Bromwich+Smith.

The combination of soaring inflation, rising interest rates and sagging stock markets is certainly a daunting triple whammy for those already in retirement or those who were planning to retire sooner rather than later. The survey finds 40% of older Canadians have either delayed or are planning to delay their retirement because of excess debt and the rising cost of living.

Conducted by Angus Reid, the survey found 62% of those aged 55 or older have delayed retirement because they don’t have enough savings or investments; 63% are worried about never being able to retire; and 71% fear running out of money after they retire and having to return to work.

“Canadians are all feeling a bit exhausted from the last two years, between multiple waves of COVID-19 and a tattered economy,” said Laurie Campbell, director of client financial wellness at Bromwich+Smith, in a press release.

Anne Arbour, director of strategic partnerships at the Credit Counselling Society, says the goal should be to retire without any significant debt, something I have long espoused.

“As interest rates are starting to creep up, your cost of just servicing that debt is going to go up and potentially eat into any retirement savings or your ability to be saving for retirement,” Arbour said in a release.

Those with employer-sponsored defined benefit pension plans may be somewhat insulated, but these plans are increasingly rare in the private sector. Many people will rely on the Canada Pension Plan (CPP) and Old Age Security (OAS), along with whatever they’ve saved in registered retirement savings plans (RRSPs), tax-free savings accounts (TFSAs) or non-registered accounts.

For older Canadians who retired within the last few years and are mostly living on fixed incomes, Arbour says they will likely have to make some “tough choices” regarding spending. Being frugal with non-essentials is one of the key ways for older Canadians to regain control of their finances, she says.

However, another retirement survey from Canada Life found the hot housing market is disrupting Canadians’ retirement plans. About one in three feel they may need to modify their retirement plans (24%) or postpone home renos (32%).

Putting our money where our mouths are with sustainable investing

It seems Canadians are better at talking about sustainable investing (SI) and environmental, social and governance (ESG) issues than they are about actually putting these principles into practice. That’s one conclusion you might draw from this year’s TD Wealth Behavioural Finance Industry Report, which surveyed 1,500 affluent and emerging affluent Canadian investors.

With good intentions, 91% of current SI investors said SI and/or ESG was/are important to them, and 49% said they want to make investments that align with their personal values—usually social issues. Also, interestingly, 70% of female investors want to include SI mandates in their portfolio (versus only 55% of male), and 62% expressed an intention to pursue SI in the next 12 months.

However, in reality, only 8% of investors polled are currently investing in SI-related mandates and strategies. Here are the numbers:

Good intentions, though, don’t seem to be good enough. Personally, I’m typical of the survey respondents: SI ESG sound good to me in principle, but I’m not sure I feel strong enough to overhaul my portfolio. You could take a small position to relieve your guilt, but it seems to me that to use SI and ESG properly, it’s got to be an all-or-nothing stance. But tearing up non-registered portfolios could trigger lots of trading costs and tax liabilities.