43% still rely on their parents for financial assistance

Being the father of a Millennial who is half-way launched into the working world, I’m all for Gen Yers becoming financially independent from the Bank of Mum and Dad.

Yconic surveyed 1,538 English-speaking Canadians between the ages of 15 and 33, seeking their views on the future, home ownership and yes, financial independence (well a version of it anyway). Not surprisingly, Millennials want pretty much what the Baby Boomers do and I dare say any generation before them or still to come. That includes marriage and kids, house and car. However, Millennials seem ambivalent about bearing children of their own: 9% planned not to have any while another 13% weren’t sure.

Now for their goals for financial independence. On average, Millennials expect to achieve this by age 27. Before you start laughing hysterically, keep in mind this is not the definition of financial independence used at my site or as formally defined at Wikipedia. For yconic, it seems financial independence means merely leaving the nest and landing a job that pays at least the monthly rent: they are “financially independent” of mum and dad. The survey breaks out the percentages of young people still living with their parents: 59% of 20- to 24-year olds still are, but this falls to 29% for those aged 25 to 29, and to just 18% for those 30 to 33. (I should hope so!)

Even with that loose definition (I’ve merely taken a stab at what yconic’s definition must be), only 56% of older Millennials (aged 30 to 33) say they have “achieved financial independence.”

It’s just as well they’re using such a loose definition because the way the younger generation spends, it’s going to be a long long time before they achieve the kind of financial independence this blog describes. (To sum up the difference, I’d say “our kind” of financial independence is being able to stay afloat financially without the traditional source of single income known as “a job” or full-time employment. It’s quite a leap to go from moving out of the parental nest to being able to survive with neither parents nor an employer to keep those regular financial injections into your bank account.)

However, almost half of the Millennials surveyed (46%) admitted “saving money is a struggle” even if they are able to afford to pay the bills. A third say they are living paycheque to paycheque and are barely making ends meet. Fully 43% still rely on their parents for financial assistance, including 37% who look for help paying their student loans off.

Now I hate to break it to the non-savers but if they don’t start saving soon, they’ll never be able to achieve true financial independence. They had better be prepared to work until age 67 and be able to live on Social Security (in the U.S.) or on the Canada Pension Plan, Old Age Security and possibly the Guaranteed Income Supplement (GIS), or find a good defined benefit pension plan somewhere and hang on to the job for three or four decades.

If there’s hope for them, it’s in the finding that most Millennials hope to buy a home at some point. I like that because I always say the foundation of financial independence (our kind, that is) is a paid-for home. But even among those who already own a home, 32% got parental help rustling up the down payment. Among those who don’t, a quarter of them (24%) expect their parents to help them with the down payment.

I suggest too that Millennials get a copy of Rob Carrick’s book, How Not to Move Back With Your Parents. As we speak, my own daughter is reading it.

Learn about how chequing accounts work, and find the...

Where to find and apply for COVID-19 financial relief

If you have lost your job, have decreased income,...

Read Where to find and apply for COVID-19 financial relief 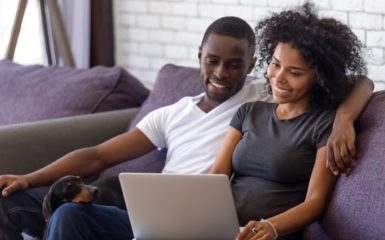