Get money out of your RRSP tax-free

If you set up your RRIF early, you can funnel your RRSP savings through it to claim extra credits 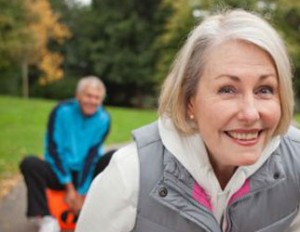 David Powell, a 65-year-old employee at the University of Toronto, was skeptical when his financial planner first told him about a unique strategy to slash his tax bill. Powell could transfer money from his RRSP to his Registered Retirement Income Fund (RRIF), and withdraw it to take advantage of the Pension Income Tax Credit. Then Powell could put that money back into his RRSP and claim a tax deduction. “My first reaction was that it sounded like a scam,” says Powell. “It seemed too good to be true.”

Turns out it’s a legitimate strategy that can save seniors between the ages of 65 and 71 hundreds of dollars a year. The conventional wisdom is that seniors shouldn’t set up their RRIF until age 71, when the government forces you to, in order to minimize mandatory withdrawals. But if you’re between 65 and 71 and you’re not receiving income from a pension, there can be an advantage to setting up your RRIF earlier. That’s because the government gives you a big tax break on the first $2,000 you withdraw from your RRIF each year.

Here’s how it works: You transfer $2,000 from your RRSP to your RRIF (check to see if your institution charges an annual RRIF fee). Then you withdraw that $2,000 from the RRIF. You’ll pay regular income tax on your withdrawal at first, but you’ll be able to claim the Pension Income Tax Credit, which will eliminate 15% in federal tax, plus between 4% and 11% in provincial tax. As a result, you’ll save between $400 and $500 in taxes each year, says RBC Wealth Management’s Allison Marshall.

You could then deposit the $2,000 back in your RRSP, get a refund of the taxes you paid on the RRIF withdrawal, and keep the credit. Just remember that you will have to pay tax on that money later when you withdraw it again from your RRIF. This can be a good option for people like Powell, who is still working and might be in a lower tax bracket after retirement.