Up close with the Wealthy Barber

On the illusion of wealth, and why so many are so far behind in saving for retirement 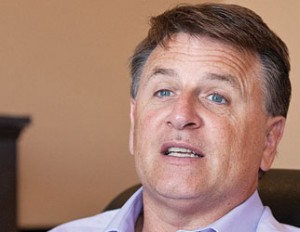 This story originally appeared in Macleans.

In 1989, David Chilton published The Wealthy Barber, a seminal book on money, focusing on three people in their 20s who visit Roy, a barber, for lessons on financial planning. It went on to sell more than two million copies, making it one of the bestselling Canadian books of all time. Now, more than 20 years later, and in the wake of the 2008 financial crisis, the 49-year-old has released the long-awaited follow-up: The Wealthy Barber Returns, which hits bookshelves this week.

Q: How old were you when you first published The Wealthy Barber?

A: I was 25 when I started writing it and 27 when it came out. I was very lucky. I really was. Interest rates had just started heading on a steady path downward and that was really important because it made people realize they couldn’t just rely on GICs [guaranteed investment certificates], they had to start looking for other investments. And that meant they needed some knowledge. Also, there was almost no competition. When The Wealthy Barber came out, there were only two other Canadian personal finance books in the marketplace. Now there are hundreds.

Q: Why did you approach the book the way you did?

A: When I was a young stockbroker I liked about three or four of the personal finance books in the United States. They were very well done. And a couple of them, I thought, were quite understandable. So I got copies of the books and gave them to clients, but they still didn’t like them. They still found them boring and intimidating. I thought: there must be a way to make this more fun and more palatable.

Actually, the first [incarnation] of the The Wealthy Barber was called The Wealthy Bartender. I set it in a bar and wrote three or four chapters along that line, but the alcohol got in the way. I’m not saying that to be funny. It’s quite true. Because I was trying to keep it realistic, you have to involve the alcohol and it just got too muddy. So I took it out and put in a barber shop, and I’m glad I did. I think it’s something people could visualize.

Q: So what have you been doing for the last two decades?

A: The first five or 10 years I did an incredible amount of public speaking and not much else. We went down to the U.S., where we put out a U.S. version of The Wealthy Barber and it was converted into a TV series on PBS. So I toured with the TV series and did a lot of speaking down there, as well as in Canada. So the first decade was a little bit crazy. But the last 10 years have been very different. I got involved in everything from home schooling my kids to publishing cookbooks, which kept me very busy because they also ended up being quite successful. For the last two years, I was almost off everything and worked on the new book.

Q: What made you decide, after such a long time, to come back and write another personal finance book?

A: It was really about frustration. In 2007 and 2008, and before the credit crisis by the way, I had been looking at so many people’s personal finances—people email them to me every day—and saw the amount of debt they were taking on. The very low savings rates just drove me crazy. I couldn’t believe how many people were headed toward retirement in not good shape at all, including fairly affluent people. So I said, “You know what? I want to come back at this and try one more time.” And I knew how I was going to do it right away. I knew that the first half of the book was going to concentrate on saving and spending from every angle I could think of, while the second half I was going to put in some random thoughts.

Q: What really struck me about The Wealthy Barber Returns is the focus you put not just on saving more, like in the first book, but on spending less—this idea of living within your means. But that doesn’t seem like the sort of thing that’s going to be popular with people. Most personal finance books tend to come at it from the perspective of telling you how to get what you want.

A: That’s exactly what I’m trying to do. I’m telling people to manage their expectations and get more realistic ones. There’s a line in the book, which, at the time, didn’t seem all that important, but is really an important part of what I’m trying to say. And that’s that we’re not bad savers, it’s that we’re fantastic spenders. And until we get the spending under control, the saving will never take place.

So what I tried to do is look at why we spend so much and then talk about the savings part. But you’re right, I do focus more on the spending part than most writers. And that’s the part of the book that’s so far going over the best. That’s resonating with people because they see themselves in a lot of those stories, making the same mistakes. Most people agree that this drive toward consumption and possessing as much as we possibly can is not translating into better happiness levels. In fact, it may be doing the opposite by creating tremendous stress about people’s futures, financially.

Q: Is this advice that you live by? Because people might look at you and say, “Okay, but it’s not like the guy who wrote a bestselling book is going to be stopping himself from buying a new TV”?

A: I live in a 1,300-sq.-foot house—and that’s including the basement. And I don’t even have a garage. I live in a very tiny house.

A: No. I don’t even know what granite countertops look like. I’m just not into that stuff. So, I guess I’m lucky in that way because I don’t have to fight the spending urges like a lot of people. I just don’t get that much enjoyment out of stuff, period. So maybe it’s a little easier for me. But I think most people will agree that we’ve gone too far on the consumption front, and that possessions are driving too many of our passions now and too much of our spending.

Q: Do you splurge on anything?

A: Oh, for sure. Everybody does. In my case, what I’ve spent a lot on over the years is going to professional sporting events. I’m a Detroit Tigers, Lions, Red Wings and Pistons fanatic. So I’ll go down to a tremendous number of games with my kids, including playoff games. I think even really good savers tend to have areas of weaknesses where they spend a lot, and get a lot of joy from it. But the key is that they cut back elsewhere. And what I see so often now is that’s one thing many people aren’t willing to do. People will spend excessively on travel but won’t make the cuts elsewhere. They use the line of credit instead. And that’s why so many people are so far behind in saving for their retirement. They don’t want to make any compromises or sacrifices.

Q: Okay, so this is a relatively simple strategy: save more and spend less. But what are people supposed to do with the money they do manage to save, because after the financial crisis, a lot of people are wondering: where are those stable, long-term investments that Dave Chilton was talking about in his first book?

A: Well, there’s no such thing as stable. And that’s one of the things people have to get their head around. If you want market returns, you also have to accept market volatility. If you’re going to make a bet on equities, you’ve got to be thinking 10, 15 or 20 years out. And you have to recognize there’s going to be some really ugly times. Major pullbacks. Extended periods of poor performance. And it’s not easy. It’s one thing to say that, but it’s tough to live through it.

Q: I also want to ask you about real estate. For many Canadians, buying a house has become part of their retirement planning.

Q: When you see these stories about soaring housing prices in cities like Toronto and Vancouver, do you say, “This is craziness”?

A: In Canada, a lot of real estate markets are at their top limit. You can say that with a fairly strong conviction because you can compare it to incomes. At the very least, real estate is going to start stabilizing at these levels. I don’t think you can continue to post these kinds of performance numbers. But that is very hard to predict.

The bigger picture to all of this, though, is that a lot of people think they’re wealthier than they actually are because they have a fully paid-for $600,000 home. But you can’t spend your kitchen. And if you don’t have any savings or a defined benefit pension plan, you’ll be looking at that home later in life and be thinking it’s such a great asset. Well, is it? Are you going to sell it and move way down? Most people don’t do that, so they’re having trouble harnessing that equity and turning it into a productive retirement asset that spins off an income. A lot of people have this illusion of wealth. I see this over and over again. Frankly, I have friends who are in this situation.

Q: When do you plan to retire?

A: Never. I can honestly say I don’t think I’ll retire even when I’m 75. I really enjoy what I’m doing. That’s never crossed my mind.

Q: Will you write any more personal finance books?

A: I doubt it. This was a lot of work. It took me 26 months. I wouldn’t say definitively no, but it’s unlikely. Truthfully, one day I would really like to write a play.

Q: With a personal finance focus?

A: No. I will spare you that. I’ve always wanted to write a play. So maybe in a few years I will take a year off and at least try that. I have no idea whether I would be any good at it, but I want to give it a shot. 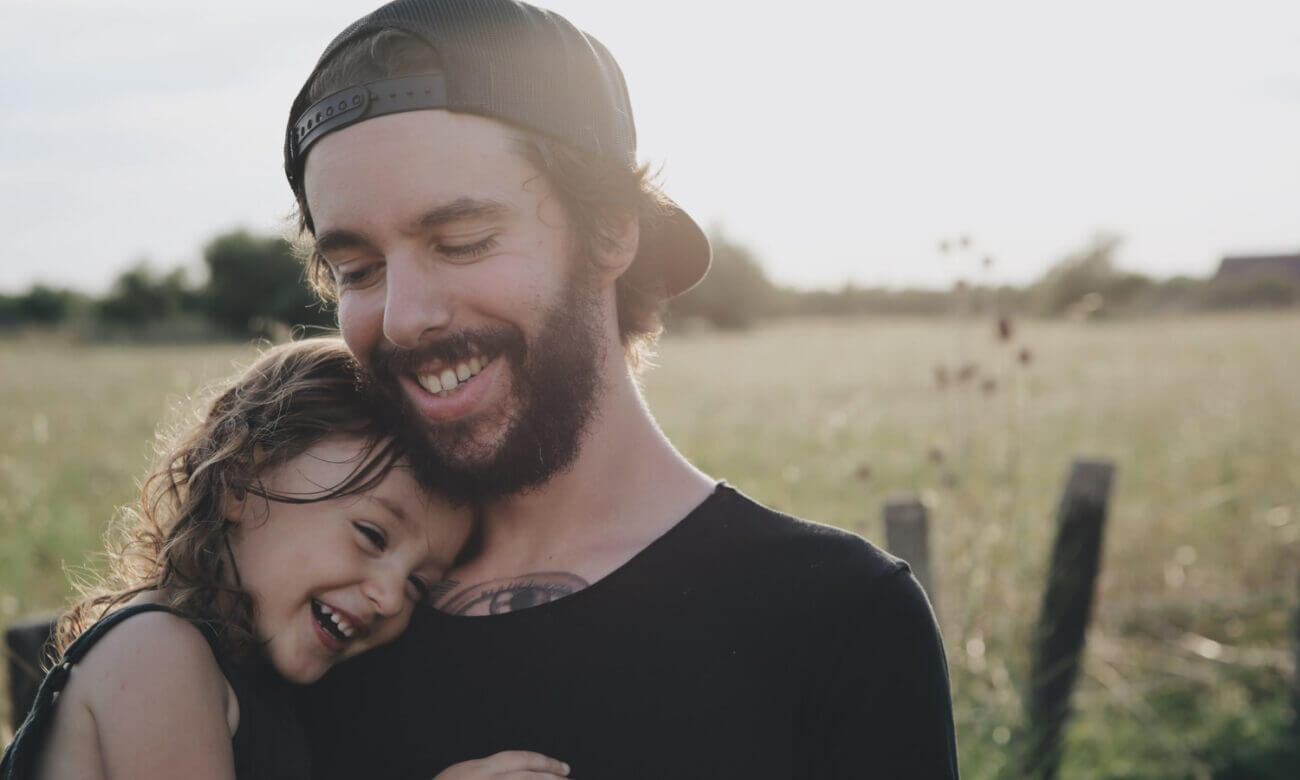