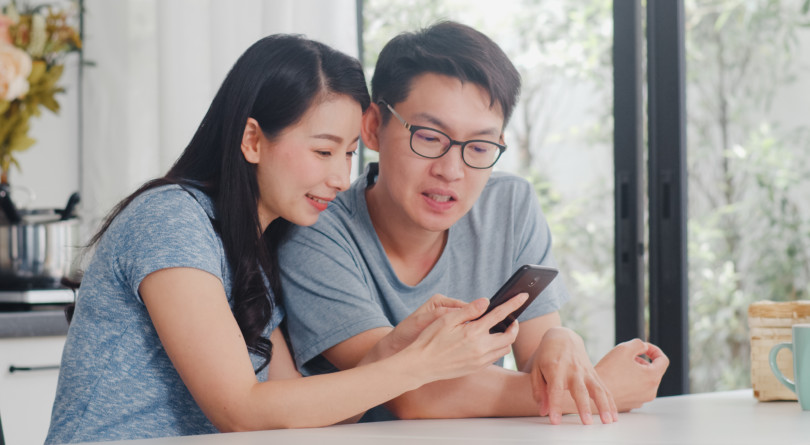 With the exchange rate being what it is, getting paid in U.S. dollars may sound like a dream come true to many Canadians. In fact, there are an estimated 50,000 Canadians who work in the United States alone. Some are permanent residents, while others commute across the border from communities like Niagara Falls and Windsor, Ont. Hundreds of thousands of Canadians operate small companies that do business on both sides of the border, or own real estate abroad.

But when you get paid in American greenbacks, you need to exchange them for Canadian dollars in order to pay Canadian expenses, from groceries to mortgage payments—and for every $50,000 that you’re transferring back into Canadian dollars, you’re going to have to pay around $1,265 in currency exchange fees, plus the cost of the wire transfers. When you consider the fact that most Canadian small businesses operate on a 2% to 7% margin, you can see how important these banking charges quickly become.

As recently as 10 years ago, banks (and non-bank high-fee remittances companies like Moneygram) had the money transfer market cornered, and customers paid the price. On average, Canada’s banks charge a 2% markup fee for currency exchange services, plus a $15 to $30 flat fee for the international wire transfer that most customers use. While 2% might not seem like a big deal at first, it doesn’t take long to add up.

How to save on fees by using a money transfer company

As trust in Internet commerce has grown, consumers’ acceptance of online financial service providers has risen in lockstep, and foreign exchange is no different.

A money transfer company or a foreign exchange brokerage is a newly-coined term that describes a financial service whose sole purpose and function is to transfer money over borders. The process is quite straightforward for the most part. Here’s how it works:

If you choose the best international money transfer services, for Canadians, you can expect to pay an exchange rate of 0.25% to 0.5%—up to 10 times cheaper than a bank. There are no wire fees of any sort, which saves you an additional $15 to $30 per transaction.

So, in our previous $50,000 example, you’d end up paying roughly $150, as opposed to the $1,265 you’d pay through a major bank or remittances company. If you transferred that $50,000 in 12 monthly installments, you’d save another $300 on wire transfers by using online international money transfer services.

These companies can also offer guidance on the currency markets that’s tailored for your personal requirements. For example, if you were to make any currency exchange with the right timing (when the rate is at its highest point in the designated period), you could save a big chunk of money. That is a free perk provided by the majority of large money transfer companies for clients who need to transfer $5,000 or more.

“Can I trust an online money transfer company?”

Despite the potential for significant savings, Canadians have been slower than most nations to use financial technology—and although adoption increased from 18% to 50% between 2018 and 2019, we are still behind the global average.

If you’re hesitant to use an online international money transfer service, you can can mitigate many of your concerns using this simple checklist to vet the service:

Regulation. Almost every respectable company in this space is headquartered in the UK, and is licensed to operate by the British Financial Conduct Authority (FCA), which is known to be a meticulous regulator. In addition, some of the major companies are normally also regulated by FINTRAC and FinCEN. Look for both FINTRAC and an FCA authorization.

Safeguarded accounts. Part of the regulatory process money transfer companies adhere to makes sure intermediary accounts (which are used to fund a transfer by a client) are separated and segregated from other accounts owned by the company. That account can be used only to exchange funds and send them through to the beneficiary. If any company goes bankrupt, these accounts are protected and will be refunded back automatically by the bank holding them, to their rightful owners.

Sheer size. Although commercial money transfer companies are much smaller than Canada’s big banks, the major companies based out of the UK are not small or unstable by any means. Firms like OFX (previously named Canadian Forex in Canada) are publicly traded and have been in business for more than 25 years. They transfer in excess of $20-billion CDN for their clients each year. TransferWise, one of the world’s most recognizable startup companies, is valued at more than$5-billion CDN and just closed a unique partnership deal with Canada’s EQ Bank. There are approximately 20 companies globally that have been operating for at least five years, and they’re worth a look when comparing your options. At Money Transfer Comparison’s money transfer providers, you will find 50 reviews of the leading companies in this space. Out of 50 companies covered, approximately 40 will be able to on-board Canadian clients.

Support and guidance. Once you sign up with either of the major companies, you are likely to receive an instant callback by either a currency expert or a salesperson. (You can opt out of that step simply by stating you want to use the online system.) Upon speaking to that company representative, ask yourself: How much of an expert did this person really seem, and did they offer relevant help? Is this a firm that is genuinely interested in providing extra value for customers, or are they trying to push you into exchanging as much money with them on an immediate basis to generate a quick short-term profit? The way your representative addresses these questions is meaningful in the process of choosing a money transfer company to work with. If he demonstrated professionalism and helpfulness, it means you have someone you can count on once the transfer is underway, and in the long term. If that person was not courteous, and seems to be more interested in selling your product than understanding your own personal concerns and needs, the company might be better to avoid.

Go ahead and haggle—you could save even more

To maximize your savings and lock in the absolute best exchange rates, don’t be shy to sign up with multiple companies in order to ensure a variety of quotes. If you’re a small- or medium-sized business, you can even negotiate the rate you’re initially offered.