Saving too much? Nice problem to have!

A new report suggests some Americans are saving too much for retirement. 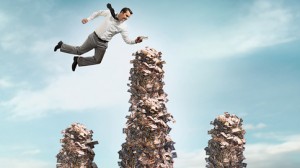 A Morningstar working paper in the U.S. has sparked plenty of online commentary about the controversial idea that Americans are “saving too much for retirement.” You can find a summary at CBS here and from there click on the Morningstar summary and the full 25-page paper by CFA and CFP David Blanchett.

My initial reaction was similar to one of the commenters on the CBS site: “I don’t buy it. I don’t think there’s any such thing as over-saving for retirement. Regardless of how much income you may have now, life has a funny way of dropping unpleasant (and expensive) surprises on us all.” Or as I said in my Tweet on the topic, saving too much is a nice problem to have; and, I’d add, a malady unlikely to afflict many in the population.

The vast majority of Americans—and Canadians too, of course—are in the “not saving enough camp.”

The saving habit accustoms you to living on less

Blanchett distinguishes between the probable saving capacity of low- versus high-income earners. As another commenter noted, there’s a certain amount of the “duh” factor in stating that those who earn less, save less and vice versa. There’s also some irony that those who are big savers in their working years are less likely to need huge sums in retirement merely because they’ve become accustomed to spending less than their income in order to save.

Inflation more a problem near end of life

One thing Morningstar questions is the traditional assumption that retirement expenses must rise with inflation. After exploring actual retiree spending patterns, Blanchett found spending grows at a rate lower than inflation through most of retirement, then accelerates in later years because of higher health-care costs. That’s in the U.S. of course, and Canada’s more generous universal health care may play out differently for older Canadians. At least in the U.S., Morningstar found many retirees need 20% less in savings than common assumptions might suggest: that is, they may be able to get by replacing 50% or 60% of the incomes they enjoyed when working, as opposed to 70% or 80%. The replacement rate will be closer to the low end in states with no income tax, such as Florida or Texas, and might reach 85% in higher-taxed states like California.

Some of the paper covers territory long ago identified by Canadian retirement guru Malcolm Hamilton, who repeatedly argued that many retirees would need to replace closer to 50% of their working income than the 70 or 80% the financial industry portrays—just because many costs disappear later in life: mortgage payments, raising and educating children, commuting and clothing costs, and even retirement saving itself and the high taxes that accompany high earning.

Asked to comment on the study, Hamilton — now a senior fellow with C.D. Howe Institute — said in an email that while it’s good that people are questioning traditional replacement ratio targets, there are two ways the study is not directly applicable to Canadians:

Second, the study ignores expenditures such as child support and mortgage payments that typically disappear before the end of one’s working life. Consequently, the standard of living that is being maintained by the 70% to 80% replacement ratios (or the 54% to 87% replacement ratios) is not the standard of living that people enjoy during most of their working lives. It is the higher standard of living that they momentarily enjoy near the end of their working lives. The 70% to 80% replacement ratio target would, if achieved, lead to a society where retired workers have much higher living standards than working families with children.  I’m fine with this if individual families choose it for themselves, but I am very uncomfortable with governments and/or financial institutions choosing such ambitious targets for Canadians and telling them that their retirements will be miserable if they fail to achieve them..

The more you save, the less risk you need to take

Personally, whether in the United States or Canada, I don’t see the downside of saving too much. Those who save too little tend to go further out on the risk spectrum in a desperate bid to close the gap and if they fall short it can be disastrous. This is why I sympathize with the victims of Bernie Madoff. All these people really wanted was 10% annual returns, which was achievable strictly with fixed income in the high-inflation 1970s but has become impossible in this modern era of financial repression.

The more you save, the less money you have to put at risk and generally, retirees should operate under the principle of “why take more risk than you have to?” A large enough portfolio may need only fixed income if 2% of it a year meets your needs (along with employer and government pensions), while a small portfolio shooting for 8% returns via a heavy stock weighting carries with it the danger of falling short (as well as of overshooting in strong markets.)

Speaking of which,  the CD Howe Institute has released a commentary on long-term investment returns. Titled “A Reality Check for Pension Funds and Retirement Savings,” it predicts that long-term bonds will generate long-term returns of 2.5% (0.5% “real” return net of inflation) and of 6.9% (4.8% real) on stocks. A balanced portfolio of 50% stocks to 50% bonds it projects will have a real return of 2.7% for the next decade. As I note in my blog here, if returns going forward disappoint even from these diminished expectations, it will mean investors will either have to save more, invest more aggressively or postpone retirement.