The secret to stopping break-ins

Don’t pay thousands for pricey home alarm systems. Protecting your family from burglars is simpler than you think 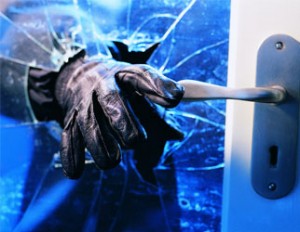 In the wee hours of a relatively sedate Tuesday morning four years ago, two thieves broke into Susan and Mark Kruckshunk’s home, located in one of Toronto’s supposedly safe East York neighbourhoods. The theft of their car and personal belongings was disturbing enough, but the fact that the couple, along with their six-month-old baby girl, slept upstairs as the thieves emptied their home—that was what really rattled the young parents.

Terrified, the Kruckshunks (we changed their names to protect their privacy) sold their home and moved to the other end of the city. “It was the only solution that would allow me to sleep at night,” explains Susan.

While the number of residential burglaries continues to decline—it’s down 45% from 1998—the fact remains that a break-in occurs every 90 seconds in Canada. No wonder homeowners struggle to find ways to protect themselves and their homes. The good news is that numerous studies show that burglary is predominately a crime of opportunity. And by spending just a few hundred dollars, you can eliminate that opportunity and make sure your house isn’t a thief’s next target.

Get a basic alarm system

According to one major alarm company, it costs just pennies a day to prevent a break-in. But the price of alarm services can quickly add up: A premium system will cost you $600 to install, plus $500 a year for monitoring. So the real question is: Are these systems really worth the money?

According to Simon Hakim, an economics professor at Temple University in Philadelphia, home security systems almost never catch burglars. After analyzing the data, Hakim found the average police response time to a triggered home alarm is between one and four hours: so there’s plenty of time for perpetrators to flee.

But despite the abysmal record when it comes to actually catching thieves, alarms can play a significant a role in preventing break-ins, explains Hakim. “When burglars see the alarm company sign out front, it reduces the odds that they’ll select your house to rob.” Even if a thief does break into a home equipped with an alarm, studies show they’ll often steal less and leave faster.

But let’s be clear: Hakim’s exhaustive study proved it wasn’t the alarm that was the deterrent, but the threat of an alarm. That means even the most basic alarm system will do the trick: good news for homeowners on a budget. Basic, security systems cost roughly $300 per year—just be sure to go with a large, reputable company.

Even a $5,000 hard-wired alarm system with sensors on every door and window won’t prevent determined thieves from breaking in, explains William VanRyswyk, a former Ottawa police sergeant turned consultant and president of Security Through Safe Design.

To really deter thieves you’ll need to eliminate easy access to your home, and that starts with the basics: your windows and doors. As one convicted thief explained: “I always knock first. If you answer, I’ll ask for directions. If you don’t answer, I’ll try the door. Occasionally, I hit the jackpot and walk right in.” So yes, you should lock all your windows and doors at night and when you leave the house. You’d be surprised how many burglars just open a door or window and walk in.

Next, consider beefing up security at vulnerable access points, such as back doors and basement windows. Burglars may prefer easy access, but statistics show that eventually 70% will resort to force. For example, a $20 security bar can be added to a basement window to prevent access from the outside. If you’re unsure about which window locks to use, consult the Canadian Mortgage and Housing Corporation website.

Other ways to eliminate opportunity include closing your blinds and curtains at night so would-be burglars can’t scope out your belongings. You should also trim hedges so doors and windows are visible from the street. Finally, consider displaying alarm decals or “Beware of dog” signs in highly visible areas. According to Chris McGoey, a Los Angeles-based security consultant, these are cheap but extremely effective deterrents.

Always appear to be home

Some thieves will case out your home for hours to make sure no one is in when they rob you. The last thing they want is a scuffle. But most break-ins still occur while the owner is in—and it’s usually a surprise to the burglar.

In hindsight, Susan knows why her home was targeted. Even though they were at home, there was a pile of flyers on the front porch, no lights were on and the front hedge was tall and overgrown. It appeared the Kruckshunks were away on vacation, not asleep in their bedrooms, just steps away on the second floor.

The key, then, is to make it obvious your home is occupied—even when it’s not: use timers to turn lights and radios on and off. Call in a vacation stop on your newspaper. Keep your yard clean and maintained. A burgled home isn’t randomly selected, explains McGoey. If you just spend a few hundred dollars making your home a less desirable target, you can easily prevent a break-in that could cost you thousands.