When a catalytic converter is stolen or worn out, here’s what to consider when buying a replacement part. 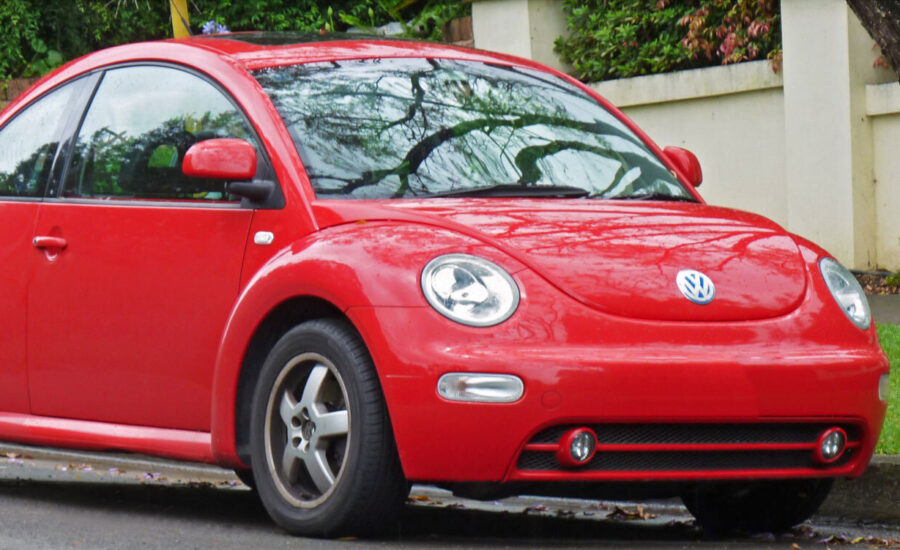 Photo by OSX from Wikimedia Commons

I’m the owner of a 2002 Volkswagen Beetle showing just 112,000 km on the odometer. The catalytic convertor needs to be replaced because it’s rusted out (no, it wasn’t stolen!). The original catalytic converter from VW costs $3,000 versus about $500 for an aftermarket part from a known brand like Walker. What rules apply to replacing a catalytic convertor, and what advice can you provide between choosing a new or aftermarket one?
–G.T., Montreal, Que.

Why replace a catalytic converter?

This question is coming up more frequently because of the rash of thefts of catalytic convertors. About the size of a small loaf of bread, the converter is part of the exhaust pipe that passes underneath the floor of a vehicle to send gases out the tailpipe. Its job is to convert harmful exhaust gases into water vapour and carbon dioxide. Catalytic convertors are remarkably trouble-free and effective devices that make a huge contribution to cleaning up noxious auto emissions.

SUVs and pickup trucks are the most likely targets for thieves who steal catalytic convertors because their extra height makes it easier to slide underneath them. Cutting out the convertor is done quickly, and once removed, it’s hard to trace because carmakers do not apply a unique mark or code that is specific to the vehicle, like the Vehicle Identification Number (VIN) on a car.

This is one situation where the original equipment component is better, because it is tested for performance and durability. The OE part has higher quantities of rare metals like platinum and palladium. The prices you were quoted are correct; for newer vehicles, the price difference is even larger.

In Quebec, a vehicle is required to have its original emissions system intact under provincial emissions regulations, but there is no requirement to use an OE part. Obviously substituting a “straight pipe” for a missing catalytic convertor is non-compliant. This is more likely with older vehicles in provinces that don’t require a scheduled vehicle inspection.

I asked Eli Melnick, an engineer and former repair shop owner who is an expert on vehicle emissions systems, about replacing catalytic converters. “The first question I ask a customer is, ‘Why are you replacing the converter?’” he says. “If it was damaged in a collision and the damage is covered by insurance, then I would ask for an original component.”

For a replacement paid for by insurance, the governing principle is “like kind and quality.” Automakers require that you have an OE convertor to maintain the eight-year/130,000-kilometre new vehicle emissions warranty, so that could dictate the type of part specified in the insurance claim. After the warranty is over, a used OE convertor in good condition can also be considered of “like kind and quality,” as could an aftermarket unit from a reputable maker like Schultz (made in Ontario) or Walker.

If a catalytic converter was worn out or not functioning, Melnick would check the vehicle for other problems. “At my repair shop, we had a saying that catalytic converters don’t just die, they’re murdered,” says Melnick. “In other words, if there is an unaddressed underlying issue that damaged the [catalytic converter] in the first place, then just replacing [it] will not end the problem. Potential issues are cylinder misfire, defective oxygen sensor or coil pack, burning oil, the use of unapproved silicone gaskets, et cetera.”

And what about the OE versus aftermarket question? “As to quality, the OE ones are superior in every aspect. The quantity of rare metals is higher, as are the construction and thermal insulation,” says Melnick. “You could ask why the automakers would go to the trouble, and here is the answer: The manufacturers use high-quality units in their new vehicles because they were required by the U.S. Environmental Protection Agency to warranty them for eight years or 130,000 km.” Canada has the same requirement.

“Aftermarket suppliers don’t have to offer long warranties, so they can take shortcuts,” says Melnick.

Most cars go through their lifetimes without needing a replacement converter, more so in jurisdictions without periodic mandatory emissions inspection programs.

What about used catalytic converters?

If you can find a used original equipment catalytic converter in good condition, that may offer the best value. Your Beetle was made until 2010 before a model changeover. A convertor from a wrecked Beetle like yours would likely be worn out, as it would almost certainly have accumulated a lot more mileage than your car; however, it may be possible to fit one from a newer VW.

In practice, most vehicle owners are reluctant to shell out $3,000 for a converter when an aftermarket one is available for about $500. Melnick says, “For an older car, 90% of customers will go for the cheaper aftermarket part.”

Catalytic converters are a hot commodity among thieves, so you’ll need to take precautions to avoid buying stolen property, which transits easily through shady auto recyclers. Buy only from a reputable source. In Quebec, that would be a recycler that is a member of ARPAC (Association of Auto Parts Recyclers), which is the recognized association of auto parts recyclers.

George Iny is the Executive Director of the Automobile Protection Association (APA), a consumer advocacy association with offices in Toronto and Montreal.