Vintage home decor on a budget

The city is calling to Lola Augustine Brown: She and her husband plan to list their 200-year-old house in rural Upper Stewiacke, N.S., and move their young family to Halifax. For Augustine Brown, one of the trade-offs will be the inevitable reduction in age of their abode. “It’s important to me that the house has a vintage feel, because that’s my personal style. So I try to find touches that are retro even if the house isn’t that old,” says Augustine Brown. She admits her current place is a money pit, but lets out a big sigh when she thinks of the challenge of outfitting a newer home with the details that will give it character.

Owning a newer home means modern plumbing, heat efficiency and up-to-date wiring (none of that pesky knob-and-tube business). But what some houses offer in modern perks, they lack in charm and good old-fashioned craftsmanship. These days, homeowners can add a sense of old-school heft and whimsy to their decor with a pastel shade of paint here, a vintage-looking brass light fixture there, maybe some reclaimed wood furniture (and flooring, if it fits in their budget). But these details don’t always come cheap.

Industrial and farmhouse chic looks have remained popular for the past decade (and show no signs of abating). High-end retailers like Restoration Hardware and Crate & Barrel specialize in making rustic decor easy to find, if you’ve got room in the budget. Says Augustine Brown, “Among other things, we’ve been endeavouring to get vintage-style light fixtures.”

And for that, she’s been looking into several options from Schoolhouse Electric (schoolhouseelectric.com), a New York City–based purveyor of home fixtures, where an LED reproduction glass chandelier can cost as much as US$1,300.

However, remodellers who put in the extra effort will find materials and objects that are genuinely old as well as very affordable, authentic and charming. While antiques dealers are a well-known option, don’t neglect salvage shops. They sell fixtures and materials ripped from older buildings, and many don’t charge a steep premium. It’s authenticity at bargain prices.

Augustine Brown shops for salvage materials at Halifax’s Renovators Resource (renovators-resource.com), where she says “you can get everything from church pews to old doors.” She recently bought a set of ceramic door handles that were made to look like marble. She paid about $25 a handle, with mechanism already attached.

An old oak door can be a steal at half the price of a modern one in all its hollow shoddiness, and it’s better made. But simply comparing the cost of old and new materials side by side misses the most important differences, says Jennifer Corson, the owner of Renovators Resource. Besides the price, the design case for introducing salvage is to add interest to an otherwise contemporary-looking space. “You just can’t get your hands on certain materials because they’re not being made anymore—things like cast iron radiators and solid walnut doors,” says Corson, an architect who also works with Solterre Design. In one of Solterre’s projects, old windows were recycled to become interior room dividers. In another, a perforated metal screen rescued from the laundry room of a defunct seniors’ residence was disguised as a surprisingly modern backdrop for a wood stove.

Vintage materials exude a sense of solidity that newer ones simply can’t. “I think it just feels substantial,” Augustine Brown says. “I like the idea of things that will last forever, and be more hard-wearing,” she says, who believes buying into classic designs means never having to say you’re sorry about how your place looks.

Finally, vintage materials are often greener than contemporary alternatives, says Sean Young, a heritage restoration contractor who works across southern Ontario. He is passionate on this point, having refurbished a higher than normal number of nice old piles in the Niagara region. He regularly works alongside traditional lime plasterers, and says that as much as half of the plastering work he’s seeing on his various renovation jobs around the Greater Toronto Area involves new, sustainable-build projects. Builders of new homes and businesses are opting for traditional plaster over modern drywall, noting it’s more aesthetically pleasing and better for the environment, even though it costs almost four times as much.

And don’t get Young started on the notion that old windows are drafty and inefficient. “They say that modern windows are maintenance-free,” he says. “What we say in the heritage restoration community is that they’re unmaintainable. Every 15 or 20 years, you tear out the window and throw it away. Whereas a traditionally built wood sash window can last hundreds years,” he says. “Financially, I think that makes a lot of sense.” 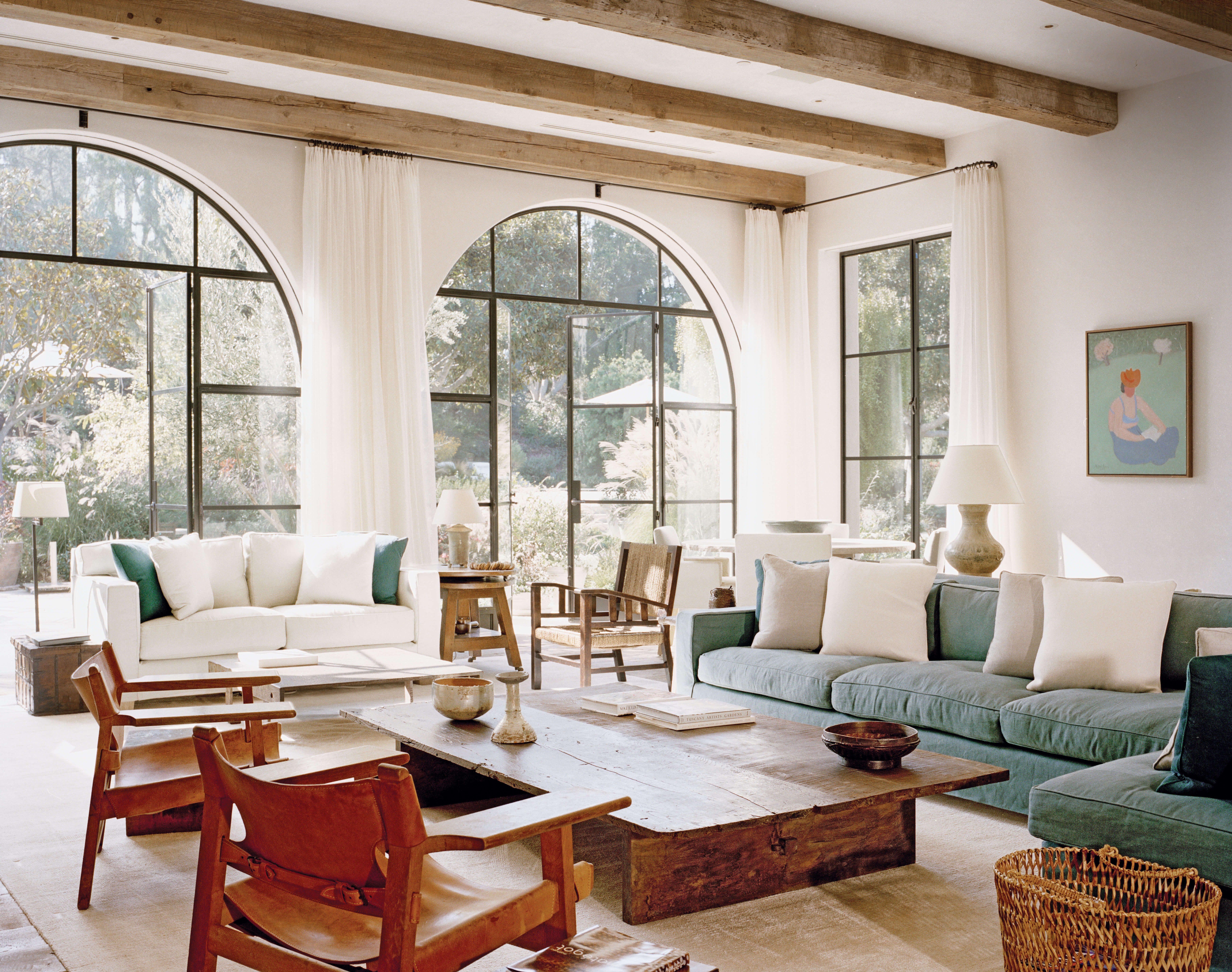 Great vintage design at your fingertips

Salvage shops offer a means of giving a newer home authentic touches— often at an affordable cost. We found everything on this page at Renovators Resource in Halifax, and owner Jennifer Corson helped us envision the potential. But you can easily score similar finds by searching for salvage in your neighbourhood.