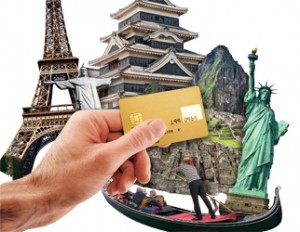 When travelling outside Canada, it pays to think about how you’ll access your money. Even on short excursions, foreign transaction fees and exchange rates can provide nasty surprises on your bank statements. But for those travelling regularly, particularly snowbirds spending months outside our borders, such surcharges can easily amount to hundreds of dollars. Thankfully, these expenses are sometimes avoidable or can at least be reduced provided you do a little pre-vacation homework, says Rewards Canada’s founder and CEO Patrick Sojka.

Debit and credit are best

It wasn’t so long ago that globe-trotting necessitated carrying large amounts of cash or traveller’s cheques. Thankfully those days are over. Travellers can now use their debit and credit cards in most destinations, “even in third-world countries and the oddest places,” says Sojka. In addition to their convenience and safety, debit and credit almost always provide the most competitive exchanges rates. Cardholders just need to be sure to inform their banks of their travel plans before departing. Otherwise, purchases or withdrawals could result in a card being shut down.

Despite extensive availability of ATMs globally, travellers often choose to bring small amounts of emergency money for the first 24 hours of a trip. But Sojka warns travellers not to stock up on cash at foreign exchange kiosks, as their rates are often inflated. Big banks usually provide the best exchange rates, he notes. Also bear in mind that Canadian currency is not widely accepted globally, so you may be required to exchange your money before you go.

“No one can avoid paying exchange fees when using money outside Canada,” says Sojka. But you can curb the amount of foreign transaction fees you incur.

Debit cards, for instance, charge a flat fee every time a card is used to withdraw funds outside Canada: starting at $3 for ATMs in the United States or Mexico, and $5 for other foreign countries. But this fee can be waived if you’re using a partnered bank’s ATM. Scotiabank customers, for example, can avoid paying surcharges or international access fees from nearly 50,000 cash machines in more than 40 countries belonging to its Global ATM Alliance. Some banks go a step further: for a $30 monthly fee (waived with a $5,000 minimum monthly balance), TD Canada Trust’s premium Select Service chequing account allows customers to use non-TD ATMs anywhere in the world, free of any foreign transaction charges.

International fees for credit cards work differently than debit; rather than a flat fee, credit cards charge an additional 2% to 3% above the going exchange rate. “That can add up to a lot if you’re spending a good deal of time outside of Canada,” notes Sojka. The good news is several Canadian credit cards, provided by Chase Bank, waive the fees on foreign transactions. These include Sears Financial MasterCard, the Amazon.ca Rewards Visa and Marriott Rewards Premier Visa. Canadians who often travel south of the border may want to consider obtaining a U.S. credit card, says Sojka. “You’re still going to have to pay Canadian-to-U.S. exchange rate fees, but there’s no foreign transaction fee because you’re buying in U.S. dollars.”

When it comes to paying for items, Sojka advises travellers to use their debit card to withdraw only as much money as they’re comfortable carrying for day-to-day purchases and to use credit cards to cover large expenses such as a hotel bill. Even if your credit card requires paying foreign transaction fees of 2% to 3%, the peace of mind that comes from not having to carry large amounts of cash makes that expense worth it, Sojka says. “By paying that extra amount, it’s kind of like buying insurance.”