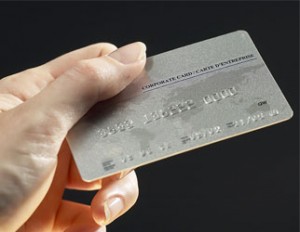 We’ve become very complacent about what credit scores can be used for in Canada. Our American cousins have become slaves to the credit score and it looks like we want to follow in their footsteps. (We know where that got them, right?)

Smart Money reports that the average FICO score is roughly in line with last year’s score and the average in 2007. Hmmm. You mean after almost nine million homes have gone into foreclosure and more than six million folks have filed for bankruptcy, FICO scores stand steady as a rock.

Think about it a minute, if the point of the credit score is to get credit into people’s hands, massive drops would mean way less credit could be doled out, right?

While you’ve been told over and over that the credit score is used as tool to check your credit worthiness, that’s way over-simplified. If that were strictly so, then people who paid their balances off in full wouldn’t have lower scores than the folks who only make minimum payments. Nope, credit scores are used to judge and reward those with more credit—profitability, plain and simple. And if we allow the credit score to become as powerful in Canada as it has in the U.S., we shouldn’t be surprised when we end up in the same place they did.

Credit scores are becoming the new resume in Canada. So if you got laid off from a job, had too much debt, missed a few payments and applied for a new job to get yourself back to rights, you might be out of luck. Regardless of your work experience, your personality, your work ethic, you may be declined for a position on the strength of your credit score. Sounds like a dumb thing to import from our southern cousins to me. Yet we persist.

Not only might a low credit score prevent you from buying a home, it might prevent you from renting too. It could stop you getting car insurance. Or it could set your premiums beyond your reach.

Keep in mind, too, that our record low interest rates have little meaning for anyone who doesn’t have an almost perfect credit score. While the blah blah blah focuses on how cheap it is to borrow money, if your score is under 720 you’re not going to see the cheap rate. According to another Smart Money article, “Credit card issuers charge at least 15% interest rates on average for borrowers with credit scores below 720.”

In light of how much like America we want to be, just imagine what our lenders are doing.