Are we on track to retire at 50? - MoneySense 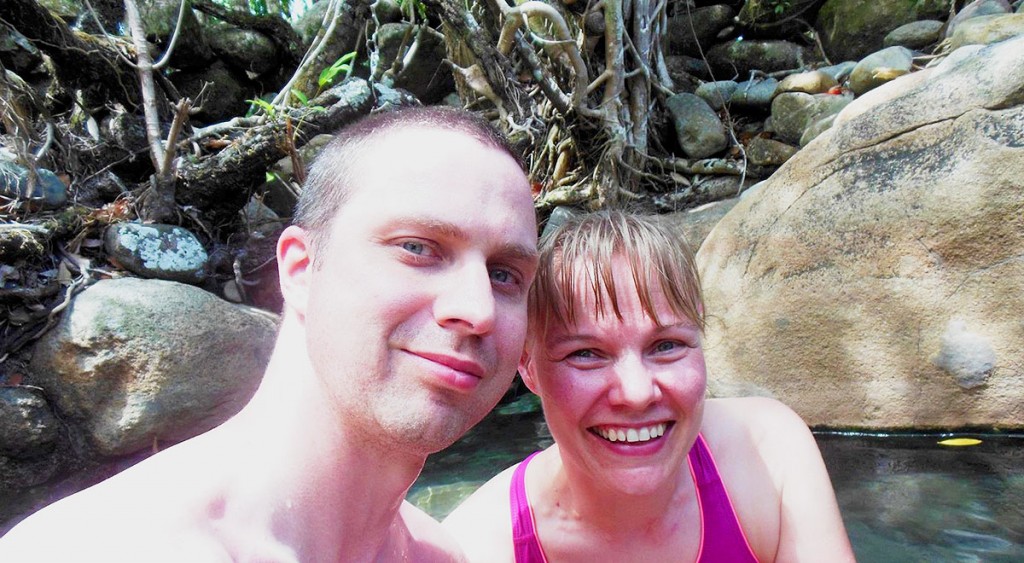 Retiring at age 50 can be a tall order as you are financing a retirement lifestyle that could be 40+ years long. Heather and Dereck hope to accomplish this in just 9 years. Is their savings plan enough?

Heather and Dereck Irwin are both 41 and live in Woodstock, Ont. Heather is a project coordinator working with kids with special needs earnings $50,000 annually, while Dereck is an electrician earning $120,000 a year. Not only does this couple have stressful jobs, Dereck’s job requires a lot of shift work, which makes spending time together difficult. The Irwins, who don’t have any kids, are true do-it-yourselfers. “We cook everything ourselves, I fix our vehicles myself and we do all the renovations and maintenance on our home,” says Dereck. “We just like it that way.”

Right now, the couple has a home valued at $350,000 with a $225,000 mortgage on it. They also have RRSPs and TFSAs that total $468,000 plus they will receive pension benefits. Their goal is to retire at age 50 with $60,000 gross per year in income from their portfolio, taking into account 2% inflation annually. “Our money is invested in a range of index mutual funds and exchange-traded funds,” explains Dereck. “We have been getting 6% gross average annual returns for several years now and can see us getting the same return going forward.”

Where they stand now

Their plan involves living off of their RRSPs until age 70, and only claiming their CPP and OAS at that time. “According to my calculations, our CPP should be about $930 per month each and Old Age Security around $761 per month each,” says Dereck. “That would give us about $40,584 fully indexed per year.” Dereck also adds his calculations show that their TFSAs should total about $500,000 at age 70 (in today’s dollars) and they would use this money to supplement their income to the desired $60,000 gross annually.”

In order to meet his retirement savings goals, Dereck wants to set up the home financing on a long amortization schedule. It won’t pay off the mortgage quickly but it frees up savings dollars (due to lower mortgage payments). To ensure they aren’t on the hook for their mortgage in retirement, in two years the couple will start putting $1,050 biweekly into an unregistered account that will eventually be used to pay off the remainder of their mortgage. By the time they retire Derek expects his unregistered investments will total $200,000. “With rates so low, I’m making minimum payments on my mortgage and redirecting that extra money to savings,” says Dereck. “I think I can get a better return doing that over the next fear years.”

When the couple runs the numbers they say that nine years from now when they’re both ready to retire, their own estimates say their assets will look like this:

At age 50, the couple plans to downsize their home and move to either Kingston or Windsor, Ont. They figure they’ll be able to live very comfortably on $48,000 net annually.

They are off to a good start having no consumer debt and making regular payments on their mortgage. Tom Feigs, a certified financial planner with Money Coaches Canada ran the numbers and believes Dereck and Heather should reach their goal of generating $48,000 in net average annual income for life.

This is a sound strategy as long as investment growth can reasonably outpace the borrowing cost. Feigs recommends the couple use a 4% mortgage rate as your cut off point. If mortgage rates exceed 4% then they should considering switching to a debt reduction focus, by using their non-registered savings to pay off a chunk of the mortgage and increase their monthly payments.

Feigs also drilled down into Dereck’s projections for his portfolio and found them to be fair, if not underestimated. Given most of their retirement savings are in tax sheltered accounts Feigs projects their savings may actually be 10% higher than Derek estimated when they plan to retire.

With regards to the couple’s pensions, Feigs suggests taking a lifetime monthly income from their company pensions rather than a lump sum pay out. This pensionizes some of your financial resources and lowers tax payable, he says.

Canada Pension Plan entitlements are earned over the course of your working life and Old Age Security is an additional entitlement based on residence in Canada. Dereck and Heather can expect to accumulate a combined $44,184 annually in payouts if they hold off until age 70.

If they decide to tap these programs when they turn 65 then their CPP and OAS payouts will be a combined $31,684. This plan can be expected to yield $57,000 in after-tax dollars and adjusted for inflation. This indeed reaches their goal to retire at age 50 with enough money to last a lifetime. Keep chugging away as you are for now. You’re doing great!

Correction: The table “In 9 years” has been updated to include parts of Dereck and Heather’s portfolio that were omitted in the original post.