Here’s why it’s still true that there’s no alternative (TINA) to investing in the stock market if you want to grow your wealth, even as interest rates rise. 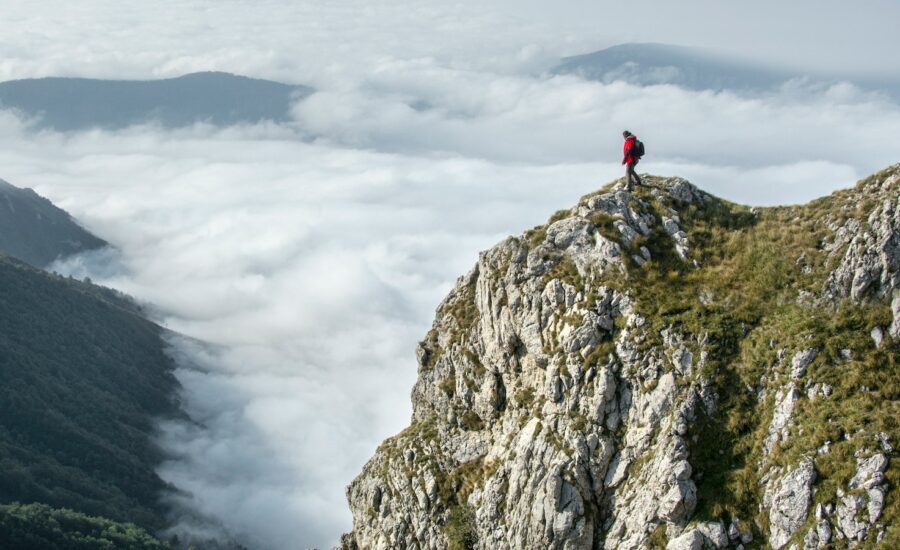 Photo by Mirsad Mujanovic from Pexels

It’s an important distinction, and one that advisors and investors should consider before opting out of the markets in favour of so-called safer investments—in this case, GICs and bonds. Here’s why:

Will the real rates of return for GICs grow wealth?

While the lure of a guaranteed return is particularly strong in volatile markets, it’s important to consider what you’re actually walking away with and at what cost.

Since 2000, GICs have only made money for investors in four years (2001, 2006, 2009, 2020), once tax and inflation have been factored in, according to a report from Mackenzie Investments. The other years, the real rate of return was negative.

At the time of writing this article, GIC rates were at their highest levels in years. Tangerine was offering a one-year GIC at 4.7%. Inflation was sitting at 7%. The real rate of return is -2.3%. With these numbers, investors are not growing their wealth.

There is also an opportunity cost to investing in GICs: You cannot always cash out when you want to. When buying a GIC, it is to be held to maturity. Flexibility and liquidity can be an issue. And while there are flexible GICs, the returns are much lower, in the 2% range, which is not high enough in my view.

Why bonds may be better than GICs

In this regard, bonds may be a viable option for money you want to park. That said, this is still well below the inflation rate and will not grow your portfolio over time. But the reason I prefer bonds to GICs is because bonds have flexibility and liquidity.

If the financial markets turn—and, as we’ve seen in the past, they can change very quickly—then you might be able to take your money out of bonds and possibly move it back into stocks. You may lose a bit on the principal, but you’re out, and you can invest in Microsoft or Apple or TD Bank, for example, and reap the rewards of a market rebound. If you’re invested in GICs, however, you would be locked in and have to wait until they mature.

When investing in GICs and bonds makes sense

Increased yields for GICs and bonds can make these investments a more attractive way to balance a portfolio and take some of the sting out of stock market volatility.

For example, depending on your financial goals, time horizon and risk tolerance, you may allocate 40% of your portfolio to fixed income investments, earning 4.5%, and 60% to investments with growth rates of 10% or more. This may increase the average rate of return of your balanced portfolio, because you might grow the low-risk side of your portfolio. It can also offer some peace of mind.

Everyone will return to equity markets

Remember March 2020? When COVID-19 blindsided the world, the markets tanked because no one knew what to expect. Within months, they rebounded.

This is what markets do: They dip and they soar. Just as quickly as money left equity instruments, such as mutual funds, this summer, it should eventually return. The question—whenever a slump happens—is: When?

It’s all about inflation, interest rates and the economy

I believe once we get even the slightest indication from the Bank of Canada and the U.S. Federal Reserve that interest rate increases will start to slow or even pause, the market will zoom upward very quickly. We saw this happen in July 2022. After a terrible June for the markets, they anticipated a pause in rate hikes—that didn’t occur, but the markets still rose. They were looking for a pivot from the Fed, and what happened shows that even the slightest indication that interest rates may be slowing can move markets higher.

If, as anticipated, the two central banks announce new interest rate hikes, the markets will continue to fall. It is a familiar descent that started in September 2022, when the Fed hiked its benchmark rate 75 basis points, to 3.25%, in an effort to squash inflation.

The problem for many investors is that they don’t understand why stocks are falling. It has nothing to do with the companies themselves—it’s the greater economy and how it’s being impacted by inflation and interest rates.

GICs and bonds are options for Canadian investors who are nervous about market performance, are not concerned about growth and can afford to earn less than 5%. If you are looking for financial growth, being invested in the markets over the long term is still a good strategy.

Before deciding where to invest your money, you should consider the following questions:

The answers to these questions will give you insight into your goals. Once you are clear about your goals, the returns you want and your risk tolerance, you can decide on the right asset allocation within your portfolio to meet your needs.

Allan Small is the Senior Investment Advisor at the Allan Small Financial Group with iA Private Wealth (allansmall.com) and the author of How To Profit When Investors Are Scared. He can be reached at [email protected].