July 2022 was the best month to be invested since the pandemic began. Here’s what this means for investors, and why they shouldn’t fear a recession. 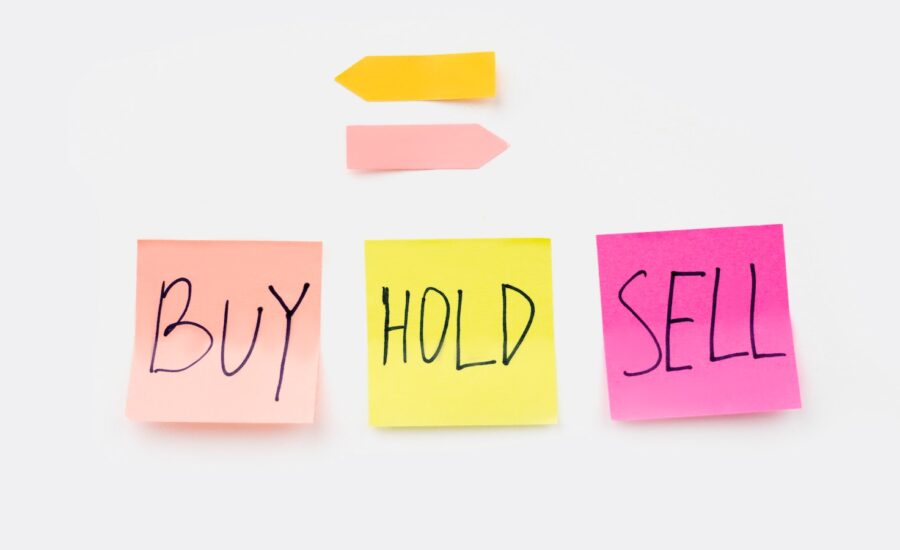 Photo by Anna Nekrashevich from Pexels

Is the investment climate shifting and becoming more positive? The short answer: In my view, it’s a good possibility—even a likely one.

In mid-July, I started to think the markets were turning a corner. At that time, companies were just beginning to report second-quarter earnings. While those earnings were not particularly good—they weren’t terrible, but they certainly didn’t meet analysts’ expectations. But something interesting happened: There were no major sell-offs. This is a big deal, especially given what the markets were already dealing with: increasing interest rates, record-setting inflation, and economic indicators forewarning of a recession (such as inverted bond yields and negative GDP growth).

The markets didn’t ignore the less-than-stellar earnings reports, but companies got off pretty lightly, with only minimal hits to stock prices. For example, on July 14, 2022, one of the world’s largest banks, JP Morgan Chase, reported its earnings had fallen 28%, largely because it set aside more cash to cover bad loans and decided to temporarily suspend share buybacks. Its stock price fell less than 5%.

My initial reaction was disbelief. If JP Morgan had reported those same numbers a few months earlier, it would have lost 15% that day. Then I started looking beyond the banks and saw that the markets were treating companies reporting weaker-than-expected results in much the same way. If stock prices took a hit at all, it was between 1% and 5%. There was no panic and rush to sell.

That was the first signal, to me anyways, that investors were pricing in worst-case scenarios, and unless some unforeseen catastrophe took hold (i.e., another war or another pandemic), they understood the underlying investment was still sound. In other words, companies had already lost so much, and markets were so near—maybe even at—the bottom, that prices were primed to turn the corner and move up. The path of least resistance was no longer to the downside.

What central banks are signalling

More recently, the U.S. Federal Reserve appeared to indicate that the pace of interest rate hikes will soon slow down, and any increases will be smaller than what we’ve seen so far in 2022: 25 basis points (bps) in March, 50 bps in May, 75 bps in June and 75 bps in July.

The result of this more tempered approach to central bank policy: a quick and significant uptick in the markets. July 2022 was the best month to be invested since 2020 and a complete turnaround from June 2022, the worst month for investors in the past two years.

The Bank of Canada (BoC) is a little bit later to the race to lower inflation—it has not yet indicated that it will pull back on interest rate hikes. Like the Fed, it raised its benchmark lending rate four times this year: 25 bps in March, 50 bps in April, 50 bps in June and 100 bps in July.

Is the U.S. in recession, and does it even matter?

U.S. President Joe Biden has stated that his country’s economy is in a cooling-off period and not heading for a recession. However, by definition, it is. A recession is two consecutive quarters of negative growth in gross domestic product (GDP).

Let’s think through what’s been playing out over the last several weeks. The market was in a free fall and stock prices were at their lowest in years. As an investor, the thinking is, “How much will stocks fall?” This is the perfect time to buy.

On the flip side, when the market is high and stocks experience their best quarters ever, investors will view this performance as companies’ peak. So, they sell while the stock is high to take as much profit as possible.

Is the current upswing in the markets a blip on the way to a deeper bear market?

Savvy long-term investors ride the ups, whether they are blips or not, to capitalize on them. When the markets fall—and they will—you are falling from a point of having made greater gains than if you hadn’t invested when the markets were on the rise. We know from history that the best days, weeks and months to be invested have come immediately after the worst days, weeks and months to be invested.

We just experienced this, again. And it’s no coincidence.

While it’s counterintuitive that a slowing economy is actually good for the markets, in this case it’s true. Bad news on GDP and employment tells investors the central banks’ efforts to combat inflation by raising interest rates is working. This means we are closer to the bottom of the market, and it can move higher.

My best advice: Don’t panic—and stay invested. It’s a fallacy that as you get older, you shouldn’t be invested in the markets as you are less able to weather market volatility. Even as a retiree, when you don’t withdraw the money, it stays invested.

What’s essential is to have a plan so you can capitalize on the opportunities. I have been restructuring my clients’ portfolios over the past four months to do just that. My focus is always to buy good-quality companies at a discount and sell off stocks I think will lag going forward.

What did I buy? Technology stocks. In my opinion, a lot of tech companies felt the brunt of investor fears. I believed they would be the first to rebound when the market turned, and that’s what’s happening.

The market has moved a lot higher recently. Even so, I think there are still a lot of bargains. Take advantage of them.

Allan Small is the senior investment advisor at the Allan Small Financial Group with iA Private Wealth (allansmall.com) and the author of How To Profit When Investors Are Scared. He can be reached at [email protected].