The meaning of market swings and why you should care

If you’re into day trading or even just checking in occasionally on your investments, market swings are evident. What does all this volatility mean? 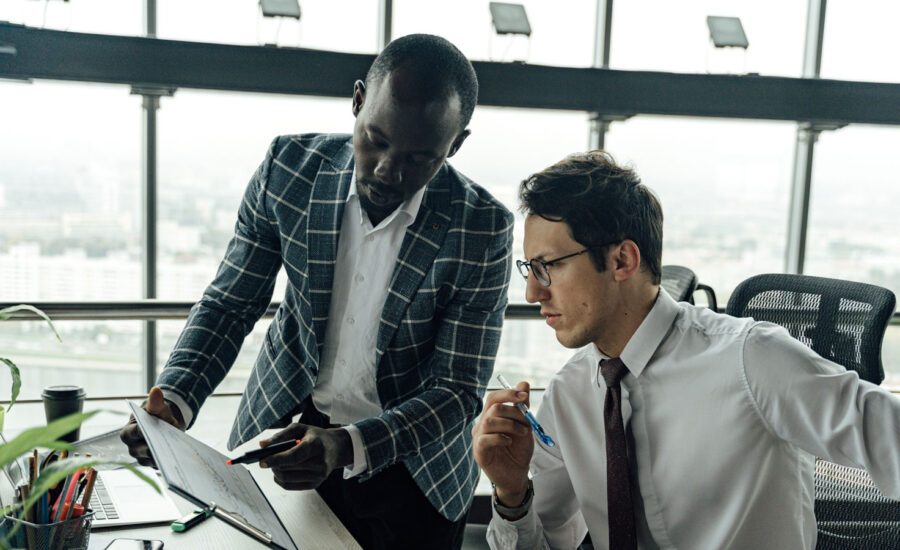 Photo by Antoni Shkraba from Pexels

Soaring surges, deep dives, often within a single day—this is what the markets experienced in the first two months of 2022. For investors, the wild ride is, well, wild. It’s also likely to be the new normal. There are a few key reasons for this that will help bring a measure of understanding to what’s been going on and why it will continue. The big takeaway for investors is to stay strong and carry on. Even though they’re chaotic, the markets are still headed for another year of positive—albeit more tempered—growth.

Here are my thoughts on what’s been happening and why the markets are so volatile:

This year started with the fear of what rising interest rates might mean for investors, which kicked off the recent volatility. In January, the markets were figuring out how many rate hikes would take hold this year and when that would happen and how quickly interest rates would rise. And there was chatter attempting to factor these estimations into pricing. The Bank of Canada and the U.S. Federal Reserve have promised to raise interest rates in March and to pull back on their bond-buying. That means neither will be providing much stimulus to the markets this year.

The central banks’ tool to try and curb higher inflation is higher interest rates. Inflation in Canada and the U.S.hit its highest level in decades, which is ramping up investor worries.

All eyes were on Russia in February. When Putin marched troops to the Ukraine border, markets experienced a dip as sell-offs took hold. When in mid-February Russia announced it had pulled back some of those troops, U.S. stock indexes rose. Of course, as investors well know, Putin did finally invade on February 24, and markets predictably plunged initially that day, but surprised many when North American markets ended the day in the green.

Why? Russia is a major global producer of oil and natural gas. Now that Russia has invaded Ukraine, there could be a shortage of supply, which would further increase inflationary pressures. Stock markets look at the situation as a negative for all companies—even if those companies are doing well and not directly impacted by what’s going on in another part of the world.

The reasons behind the market sell-offs

So, why are investors selling? A couple of reasons. First, some investors had no other choice. Hedge funds, mutual funds and investors who borrowed to invest—and saw the value of their investments fall because fear seems to guide the markets—sold. They had to, in order to meet debt obligations. More than likely, they sold good quality investments with big gains versus stocks that were down but expected to come back up. It’s all about the numbers.

The second reason for the recent market sell-offs is automated trading, which accounts for the majority of trades happening on any given day. Computer algorithms track positive and negative headlines and sell or buy accordingly. That’s at least in part what we’re seeing play out with news about interest rates, inflation and the latest in Russia-Ukraine tensions.

I question stock price drops that are solely the result of events outside a company’s control, such as rising interest rates and inflation and geopolitical tensions. There are a lot of anomalies that can happen in the course of a day, a week, a month, or even a year, that allow investors to buy stocks cheaply.

For example, Russia’s invasion of Ukraine could cause the stock price of a company, such as U.S.-based chipmaker AMD, which has strong earnings and just made an important acquisition, to take a hit even though the company itself is still a good investment. That’s why you hear sayings like “buy the dip.” These stocks are buying opportunities that you may not have had otherwise.

What should investors do?

Buy the dips with a caveat: Be selective

Look closely at individual companies and understand why they are undervalued. Is it strictly because of what’s happening in the world? Or is something going on within the company that could be a cause for concern? Be clear on why you are investing in a particular stock.

Know your risk tolerance and diversify

If you are risk averse, be careful. It’s going to be a volatile year for the markets. That said, being invested in the markets is still preferable to having money in savings accounts or bonds, since they earn much less than the rate of inflation. The key is to make sure your portfolio is diversified. It’s the best—and cheapest—strategy to protect your portfolio in any environment. Balance it with different sectors of the economy.

Don’t chase stocks just because they have fallen 35%. Go back to your plan, and ask yourself why you are investing. What do you want to achieve? What is your time horizon?

I think this year will garner a positive return. Investors who stay invested can make money in 2022. I think the returns will be more normalized, in the 6% to 8% range, and that’s where investors should set their expectations.

Allan Small is the Senior Investment Advisor at the Allan Small Financial Group with iA Private Wealth (allansmall.com) as well as the author of How To Profit When Investors are Scared. He can be reached at [email protected].