Making sense of the markets this week: February 27

The invasion of Ukraine dominates the headlines, the other side of the pandemic, and RBC reports covered. 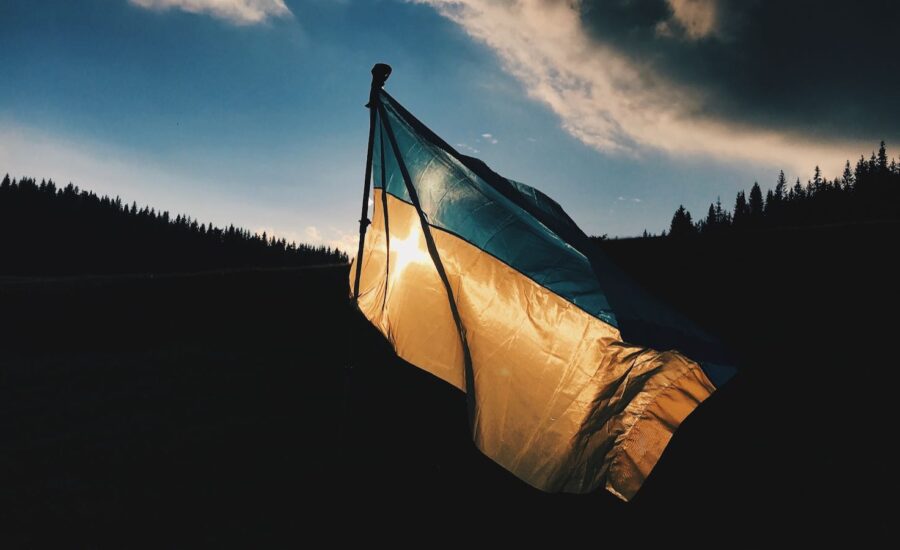 Photo by Max Kukurudziak on Unsplash

Is your portfolio ready for war?

President of Russia Vladimir Putin was quoted in this Reuters.com article:

“I have decided to conduct a special military operation … to protect people who have been subjected to bullying and genocide … for the last eight years.

“And for this we will strive for the demilitarisation and denazification of Ukraine. And to bring to court those who committed numerous bloody crimes against civilians, including against citizens of the Russian Federation.”

And Ukrainian President Olodymyr Zelinskiy is quoted in the same article:

“As of today, our countries are on different sides of world history. Russia has embarked on a path of evil, but Ukraine is defending itself & won’t give up its freedom no matter what Moscow thinks.”

Chilling words, and troubling times indeed. It is with a heavy heart that I write this column. The safety of those in Ukraine dominates the importance of our portfolio readiness. That said, we should protect our wealth and recognize the risks that take many shapes and forms when we can.

These are certainly the darkest hours for Europe since World War II.

Unfortunately, I was right in early February when I suggested that Russia could invade Ukraine.

In that column, I wrote:

“Those political risks might be growing in the early months of 2022, as Russia looks ready to invade Ukraine. That invasion appears quite likely as Russia has amassed over 120,000 troops on the border. They have set up military hospitals. This is a fighting army and not a political bargaining chip, experts say.”

Regarding portfolio risk management, I wrote:

“While the risk to life and property of those in Ukraine is the greatest concern, we might be able to predict the movement of certain assets during this time of strife. Gold and energy might soar if Russia invades Ukraine. Gold may prove itself—once again—to be the ultimate safe haven asset.”

These were not difficult calls to make. Gold has a very solid record as a safe-haven asset. The world was already experiencing energy shortages and much higher energy prices. Gold prices and oil and natural gas prices have spiked in recent days.

Brent crude topped US$100 a barrel, and gold prices hit a one-year high, reaching US$1,970 per ounce. Gold is up almost 9% from early January, while U.S. stocks (S&P 500) are down almost 12% into trading on February 24. The tech-heavy Nasdaq slid into a bear market, now down more than 20% from recent peaks.

International stocks (XEF) are down by 10%, year to date.

Canadian stocks (XIC) are holding up much better, down just 3% year to date. The Canadian high-dividend route (VDY) is still in positive territory, up 3% for the year into Thursday’s trade.

In my coverage of advanced couch potato ETF portfolios, I suggested to consider gold and commodities in the area of 10% to 20% weighting. And here is gold and other precious metals and energy assets within the PRA Diversified Real Asset ETF. That exchange-traded fund (ETF) is up almost 9% over the last month and over 20% over the last year.

You can find gold and commodities offerings at Horizons.

For those with U.S. accounts, look to the Invesco Index Commodity Tracking ETF.

You’ll find long-term U.S. treasuries (ZTL) in the advanced couch potato models as well. That asset is also having a good week, doing its thing as a risk-off asset.

The key of course is to rebalance your portfolio during these uncertain times as assets move to extremes to the upside and downside.

There is a greater need to manage risks when in retirement or within the “retirement risk zone.” But if you are young and early in the accumulation stage, you may decide to not hold defensive assets like bonds, gold and commodities.

Stocks are going on sale in 2021. If you have the risk tolerance level, you might keep adding to your equities on a regular schedule. I’d suggest it is important to be emotionally prepared and aware. Markets could correct for years, months or weeks. We simply don’t know the future, of course. It is crucial you always invest within your risk tolerance level.

While past performance does not guarantee future returns, wartime is historically not a bad time for stocks. Stocks can sell off in the initial stages and then soon recover. Investopedia shows tables of wartime returns for stocks and other assets.

Stocks recovered throughout the day on Thursday, February 24. Then oil and gold weakened.

The invasion of Ukraine has taught us another lesson on the topic of risk. Within two years, we experienced the first modern-day pandemic—and now, war in Europe.

While earnings season is slowing down, the big Canadian banks are just getting started. Here’s an overview of Royal Bank of Canada (RY.TO) courtesy of Dan Kent at stocktrades.ca.

Royal Bank posted solid results to kick off 2022, with earnings per share of $2.87 topping estimates of $2.72 and revenue of $13.1 billion exceeding expectations by more than $1.1 billion. The Canadian housing market continues to fuel results, as Royal Bank of Canada posted 11% growth in its residential mortgage segment. Surprisingly, despite market activity cooling down, Royal Bank is still benefiting from pandemic-fuelled tailwinds in the capital markets segment as well. There was no raise to the dividend, but this was expected as the company issued a double-digit dividend hike last quarter.

Loblaw posted strong fourth-quarter results. Revenue met consensus estimates and earnings came in around $0.16 higher than expected at $1.52 per share. Impacts from COVID-19 are decreasing dramatically, as the company reported an 80% plus decrease in pandemic-related costs. Its pharmacies, including its Shoppers Drug Mart business, also saw double-digit same-store sales growth.

And the company is making exceptional strides towards net-zero, as it hit its target of reducing its greenhouse gas emissions by 30% a decade earlier than expected. Loblaw now expects to hit net-zero by 2040.

The biggest news of the quarter was its feud with Frito-Lay. The potato chip producer halted shipments to Loblaws stores after the company refused to pay rising costs. Ultimately, the feud has the potential to do more damage to Frito-Lay than it would to Loblaw.

Now, that puts a new spin on a topic I wrote about in this column—we’re out of chips.

In early December, I suggested the Omicron variant might greatly accelerate the path of the pandemic. That observation might have been obvious, given the high transmissibility of the variant. The question was: How much damage would Omicron inflict, as case counts accelerated at the greatest rate experienced during the pandemic?

Fortunately, Omicron turned out to be less fatal than Delta. And, while we did see elevated hospitalizations and deaths, all levels (infection levels/hospitalizations/deaths) are now dropping with great speed. It’s more than encouraging.

At worldometers.com, you can view charts that show the COVID decline in most parts of the world.

Restrictions are being removed across the country, led by Saskatchewan, which is moving to remove all mask and vaccine mandates. We see the same event being repeated in many areas around the world. The U.K., has removed all mandates.

We are certainly moving to the other side of the pandemic. That should be positive for economies around the globe.

As always, a new and more dangerous variant could be the wild card.

All sectors are above their pre-COVID highs

Here’s the U.S. sector performance from the pre-COVID highs. The chart timetable begins at the previous peak, just before the pandemic correction in March of 2020. All sectors have moved above those previous peaks.

Technology powered the markets in the early and mid stages of the economic recovery, as they were the ultimate stay-at-home and work-from-home stocks. As I’ve expressed in this column before, we experienced a massive sector rotation over the last year. Value stocks are back in style. And, thanks to inflation fears, leadership roles were assumed by materials, energy, financials and real estate investment trusts (REITs).

In 2022, energy is the only positive sector in U.S. markets.

As we slowly move to the other side of the pandemic, it’s quite likely that spending will switch from goods to services. Consumers will be looking to buy experiences and finally travel.

That should also give energy stocks another boost.