How to reduce mortgage penalties

Backing out of a mortgage early? Here's how to limit fees. 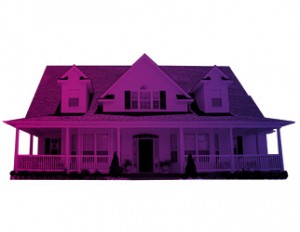 A rise in interest rates appears imminent, so folks with big mortgages might want to lock in the current low rates now! But for some, that means getting out of an existing mortgage early. Trying to discharge your mortgage early comes with a cost. After all, banks are in the business of making money, right? The sad truth is banks can be very greedy when it comes to calculating the interest penalty on a mortgage you’re trying to renew early.

Once upon a time, the standard in the industry was to charge a three-month interest penalty for early discharges. CMHC paved the road for that because they had it written into their policy. But when they removed it back in 1999, they’ve created a feeding frenzy among banks who now want to charge what’s called the Interest Rate Differential: a calculation they can do any way they want because there’s no uniform system among lenders or regulation by the Bank Act.

The idea behind the IRD is to compensate the lender for any loss due to a mortgage being paid out early and then the funds being lent again at a lower rate.

Since there’s no rule about which rate to use, they can use any rate they want. With a 2% different between one- and five-year rates, that’s a lot of wiggle room. On a $450,000 mortgage, that 2% would cost you $9,000 in penalty interest.

There is something you can do however. You know that annual prepayment you’re allowed to make on your mortgage? It’s usually between 10% and 20% of your initial mortgage amount. Make sure that your bank has applied that prepayment before they calculate the IRD. While this should be standard practice, banks only do it if you make ‘em!

You could also make it clear to your lender that if they make it painful to renew with them, you’re happy to go shopping to find a new lender for your mortgage. Make sure you’re ready to do some work; don’t just make the threat.

The government knows that banks are making record profits on the backs of average Canadians by playing the renewal penalty game. In fact, they promised three years ago to make the calculation consistent. But promises are easy to make, not so easy to keep, so nothing has changed. You’re going to have to advocate for yourself if you don’t want to be taken to the cleaners.