What to do with a raise

Most people wont's take a raise and bank it all. But how would you warm to the idea of saving half? 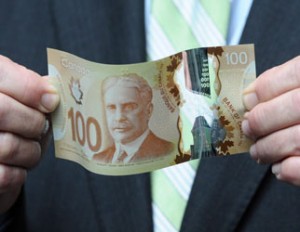 When my girlfriend Connie came complaining to me about not having had a raise in two years, I suggested she ask for one. Seems simple enough doesn’t it? She got her raise and was then faced with a whole new set of challenges: More tax, more cash flow and more guilt about not having established a retirement plan. Connie has hit the ripe old age of thirty-five and has started thinking about her future.

What did you do with your last raise? Bet it just flowed into the bank and flowed out again, on lunches, new shoes or theatre tickets. Hey, that’s not all bad. Having fun is a part of life. And since we all work hard, we deserve the small treats we give ourselves. The thing about money, though, is that as much of it as we have we can spend. And sometimes the only way to not spend it all is to hide it from ourselves.

It’s too much to ask most people to take their raise and bank it all. But how would you warm to the idea of saving half? That’s not quite so bad, is it? If Connie saved half of her additional $400 a month in a retirement plan from now until she retired and earned just 6% return, she’d accumulate over $200,000 by the time she turned 65. That works out to $84,000 in savings and over $116,000 in pre-tax compound return. Now, doesn’t that seem like a worthwhile compromise?

If Connie saved half she’d also end up saving on her taxes. A $2,400 a year contribution to an RRSP at a marginal tax rate—the rate of tax you pay on the last dollar you earn—of 31% will net you a tax saving of $744. She can use her tax refund to pay for other expenses.

Saving all or part of your raise only makes sense if you’re not carrying any consumer debt. If you have a balance on your credit card, if you’ve drawn on your line of credit, or if you’re still paying off a consolidation loan taken to correct previous bad choices, your first priority should be to pay those off. Make a deal with yourself: “Self, I’m going plough my entire raise into my debt for the next eight months. Once it’s paid off, I’m going buy myself (fill in your desire here) and pay for it with cash!”