Is it too hard to buy Canadian firms?

As the government rejects another takeover, investors wonder if the trend is bad news for Canadian shareholders. 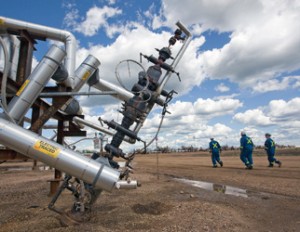 Investors were surprised by Industry Canada’s recent rejection of a takeover offer for Progress Energy by Malaysia’s state-owned energy company Petronas. It followed close on the heels of other regulators’ rejections of bids for Rona and Astral Media. In the past few years, two other high-profile deals—one for MacDonald, Dettwiler and Associates (MDA) and the other for Potash Corp.—were kiboshed by the feds. All this has some shareholders wondering if a chill on mergers could put a damper on their investment returns.

Buyouts can be good for investors, who often receive juicy premiums when their shares are purchased. The worry is that if Canadian firms are seen as hard to buy, it could reduce the valuation of homegrown stocks and dry up capital needed to develop Canada’s assets.

Second, halting some takeovers can generate a greater net benefit over the longer run for investors as a group. For example, preventing MDA from falling into foreign hands maintained Canadian influence over the Radarsat-2 satellite. It monitors the Arctic for violations of Canada’s claim to sovereignty, ensuring natural resources in the North remain the preserve of Canadians. Plus, state-owned enterprises such as Petronas and China’s CNOOC, which wants to buy energy company Nexen, have unfair competitive advantages that may harm Canadian commercial interests, says Ian Lee, a professor at Sprott School of Business. “They can borrow at sovereign rates, often don’t pay taxes and have bottomless pockets.”

Indeed, some industry watchers, like fiscal policy expert Jack Mintz, say state-owned enterprises should be limited to holding minority positions in certain sectors. Ownership restrictions in banking and communications haven’t prevented those sectors from delivering great returns for investors—in fact, it could be argued they helped bring them about.