How to pay for today and still be able to save for tomorrow.

Everyone struggles at some point with paying off debt and learning to save for the future. Lindsay Tithcotte, an engineering consultant from Kamloops, B.C., was no different. At the start of the year, she earned $71,000 annually, owned an affordable $150,000 condo and already had $46,000 of investments amassed in her RRSP and TFSA. Her goal? To achieve financial balance. At the time, Lindsay was saving $400 a month to her TFSA and $220 a month to her RRSP. But while saving for retirement was a key goal, she was also struggling with the idea of whether she should move to a larger, more expensive two-bedroom condo that would allow her to have a dog and a garden.

The problem was that her high savings rate left her with little to put toward her debt: she owed $11,000 on her line of credit and $15,000 on a car loan. Even simple cuts to her spending were proving difficult. Getting her cash flow under control and coming up with a budget she could live with were Lindsay’s top priorities.

The recommended action plan included tracking her expenses rigorously and no longer thinking of her TFSA* and RRSP* contributions as savings, since she’s in debt. Financial planner Heather Franklin’s goal was to get Lindsay to recognize her true expenses, subtract them from her income, then allocate what was left to savings. Franklin also wanted Lindsay to focus on paying down her debt and prioritizing her goals. “She needed to realize that paying down debt is an immediate goal, while buying a bigger condo is a three- to five-year goal.”

Lessons learned. Lindsay confesses that she enjoyed doing our three key money challenges, which included finding places to cut expenses and save more, and prioritizing debt repayment over savings. And running the numbers on her debt with Franklin proved invaluable. Here’s what Lindsay learned:

Balance between saving and spending is key. “The best thing I learned is that I can balance my budget and it doesn’t have to mean deprivation,” says Lindsay. “I boomeranged between living on a shoestring in my mid-twenties and spending too much these past couple of years. It doesn’t have to be boom or bust.”

Get a third-party financial review. Lindsay noted that having a certified financial planner she could consult was helpful. “It made me hyper-aware of my choices, and the accountability was there. Having someone like my mom’s childhood friend who lives across the country ask how I’m doing with #MoneyFit, well, that was a great motivator, too.”

Don’t borrow to invest—ever. Lindsay soon realized that if she hadn’t been so determined to get a growing savings account, she probably wouldn’t have needed the line of credit to cover her monthly expenses. “I ended up cancelling my TFSA contribution and redirecting that money to pay down my line of credit,” says Lindsay. Once that’s done, she plans to apply that monthly amount to her car payment. “My $11,000 line of credit will be paid off by Christmas, thank you very much.”

Financial freedom is worth planning for. Having her finances in place has given Lindsay the awareness and freedom to make some solid plans for the future. “It isn’t all about getting through the next bill payment and hoping my expenses are covered,” she says. Once Lindsay had a financial plan worked out to deal with her debt and savings issues, she starting looking to the future more confidently. “I was able to start planning things like a trip for Christmas, some much-needed repairs to my condo and how exactly I would save my money. It’s very empowering.” 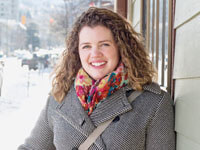 Everyone struggles at some point with paying off debt and learning to save for the future. Lindsay Tithcotte, an engineering consultant from Kamloops, B.C., was no different. Did she achieve her goal of financial balance? Let’s see how she did. 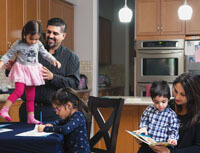 Making it all work

When we first met Sammu and Mandy Dhaliwall, the Brampton, Ont. couple was in the middle of finding out just how financially disruptive a growing family could be to a sound financial plan. Did they get on track to paying off their mortgage and saving for the future? Find out here. 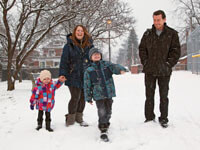 Shannon Jarrett and her partner Marcin Duran share a home and domestic life in Hamilton, but they’ve been by and large living separate financial lives. They don’t share bank accounts but they do share expenses. Did they get on the same financial foot? Let’s find out.