We break down what the debt-to-income ratio means—for the nation’s financial health, and for yours. 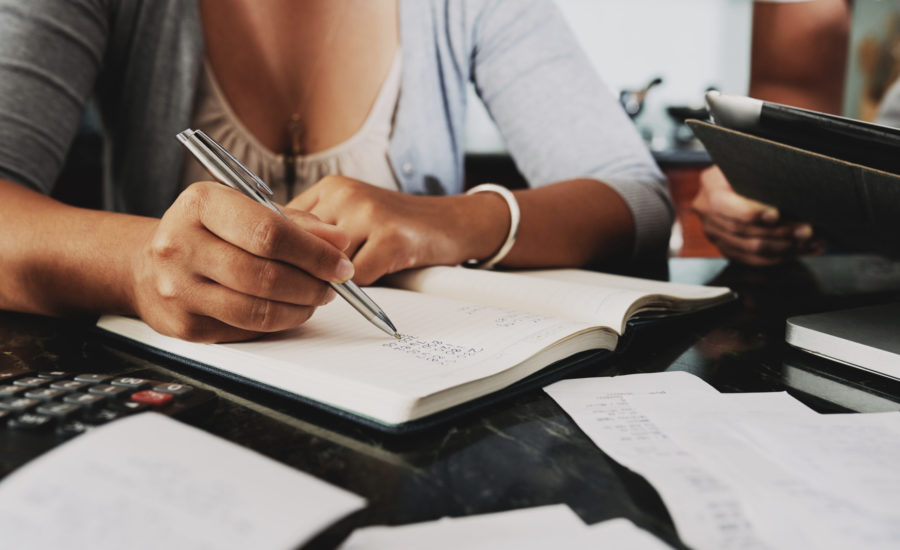 The latest headlines tell a now-familiar story: Canadian households’ debt loads have increased once again, with the debt-to-income ratio hitting 175.4% in the first quarter of 2020. But what is this ratio, why is it rising, and—most importantly—do you need to worry about it?

What is the debt-to-income ratio?

First things first. The debt-to-income ratio is a measure of how much debt a household is carrying, relative to its disposable income—that is, the money you have available to spend or save, after taxes and other non-discretionary expenses, such as EI and CPP or QPP contributions, are made.

A ratio of 175.4% means that, across all Canadian households, in the first three months of 2020 we collectively owed $1.75 for every dollar of disposable income we have. That’s very close to the all-time high of 179% in late 2017.

In September 2020, Statistics Canada reported that household indebtedness fell as a result of changing spending, saving and borrowing patterns during the global COVID-19 pandemic.

In the second quarter of 2020, the debt-to-income ratio fell to 158.2, meaning households owed $1.58 for every dollar of disposable income, down by nearly 10 percent compared to the first quarter.

The debt-service ratio—or the cost to service that debt—also fell in the second quarter, as Canadians’ overall indebtedness decreased (including as a result of deferred mortgage payments).

The bottom line? The COVID-19 pandemic has dramatically changed how Canadians borrow, spend, repay debt, and save—but the longer-term impacts of the pandemic on household finances is still unknown.

How did we get here?

There are two overarching reasons why we’ve ended up with our current level of collective debt.

The basic laws of economics tell us that when prices fall, demand increases. Here’s why that’s important for the debt-to-income ratio: what really matters is not the total amount borrowed, but the cost to service that debt over time—that’s the debt-service ratio. The lower the interest rate, the cheaper it is to borrow money and service that debt, and thus the more debt a household can afford to carry.

Over time, the debt-service ratio has remained pretty constant even as the household debt-to-income ratio has risen.

Back then, however, the bank rate—the minimum rate of interest that the Bank of Canada charges on one-day loans to financial institutions, now superseded by the target interest rate—was 12.89%, compared to just 0.25% today.

In practical terms, $100 borrowed for a year at 1980 rates would cost nearly 20 times as much as it would to borrow today.

Our relationship to debt has changed

Over time, we’ve become more and more accepting of borrowing as a normal part of household finances. When the ability to borrow became available as a tool to “bring forward” our household spending, lots of us decided to do so. And as the cost of borrowing progressively dropped, we ramped up our debt.

This behaviour is consistent with what financial economists call consumption smoothing, or the idea that we can maximize happiness by spreading our resources over our lifetimes to achieve the highest possible total standard of living. From this point of view, in the words of former Bank of Canada Governor Steven Poloz, “Simply put, debt is a tool that allows people to smooth out their spending throughout their life.”

Does the debt-to-income ratio matter?

The general consensus is that excessive levels of debt make households financially vulnerable. If you’re an economic policymaker, such as Poloz, you worry that too much debt makes the Canadian economy “less resilient to future shocks.”

Economic shocks are sudden and unpredictable changes in the variables that affect the overall economy, such as an unforeseen rise or fall in the cost of commodities, an unexpected shift in consumer spending, or a housing or stock market crash.

At the individual level, however, you’re likely more concerned that too much household debt might mean you can’t make your mortgage, student loan or car payments if something unexpected happens—such as normal fluctuations in interest rates, or the loss of your job. (These are personal financial shocks, compared to the economy-wide macroeconomic shocks of falling commodity or housing prices.)

Research into Canadians’ debt shows that younger people, those with household income of at least $100,000, and those with mortgages have more debt than older Canadians, non-homeowners and those with lower incomes.

Even the most optimistic households, however, are still subject to borrowing rules set by lenders, such as the new mortgage insurance rules for the Canadian Mortgage and Housing Corporation, which will go into effect on July 1.

What do I need to know about the debt-to-income ratio to plan my financial life?

Here are two ways to think about whether the debt-to-income headlines affect you.

The debt-to-income figure represents an average for all Canadian households, including those who have little or no debt—meaning it must also include some very highly indebted Canadians. In fact, research from the Bank of Canada shows that the number of highly indebted Canadians —those with a debt-to-income greater than 350%—doubled from 2005 to 2014, from about 4% to 8% of all households. So a rising average amount of debt may not capture individual household changes, including yours.

The more debt you have, the more vulnerable you are to “shocks” that can impact your ability to repay it. At the same time, however, your age, income, appetite for debt and expectations about your financial future will all combine to impact your approach to borrowing.

If you want to maximize your financial peace of mind and protect yourself from the risk of being unable to meet your debt obligations over time, you could minimize borrowing while prioritizing paying back any existing debt. A personal debt management plan, which maps out how you’re going to repay what you owe over time, will allow you to see past headlines to understand debt as one tool in your financial toolbox.

This article is presented by CIBC Pace It, as part of the MoneySense guide to debt management.