Your CMHC insurance doesn’t protect you

While it’s true that banks aren’t on the hook for loans that have been CMHC insured, it doesn’t mean you are off the hook. 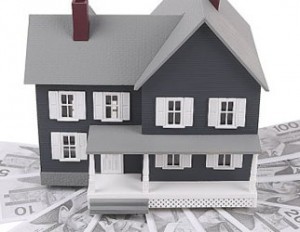 You know that whopping insurance premium you had to pay to Canada Mortgage and Housing Corporation (CMHC) because you had less than 20% for a downpayment on your home? Did you know that CMHC doesn’t consider you off the hook just because you forked over all that money? Here’s a letter I received that highlights the problem:

I have a judgment against me by CMHC from a mortgage that was foreclosed. The property was sold for $205,000, which was originally insured for $238,000. CMHC got a judgment of $33,000 plus interest totalling approximately $51,000 against me because the value of my property went down and I defaulted! I had no idea that this could happen. What do I do now?

A lot of folks are under the impression that if their property goes down in value or interest rates go up and they can’t keep up, they can just walk away from the property; CMHC will cover the bank’s behind on the mortgage and everything will be hunky-dory.

Nu-uh! While it’s true that banks aren’t on the hook for loans that have been CMHC insured, it doesn’t mean you are off the hook.

But Gail, what about that big fat insurance premium I paid when I took out the mortgage?

You mean the one you rolled into your mortgage and immediately started paying interest on? That insurance premium? That was just to get CMHC to cover the bank’s butt. You didn’t think the bank would have given you all that mortgage money without CMHC’s guarantee, did you? Not on your life. You would have had to jump through hoops of fire to qualify for that mortgage if CMHC hadn’t promised to cover the loan.

Of course that doesn’t mean CMHC won’t come after you for any difference between what a property had to be sold for and what the insurance coverage was originally. Here’s how the process works:

Once your mortgage has been in default for three months, legal proceedings are started through power of sale and the bank takes possession of your property.

The bank sells the property and submits a claim to CMHC for any shortfall.

CMHC gets a judgment against you as the defaulted mortgagor for this shortfall and CMHC tries to collect.

If this attempt is unsuccessful, the account is forwarded to one of CMHC’s collection agencies.

Guess you didn’t read your CMHC contract. Oh wait a minute, there’s no contract because the bank is CMHC’s client and they’re just passing the premium and the liability on to you! Sorry.