Should you insure your child?

Buying insurance for your kids was once a more common practice, but does it still make sense? 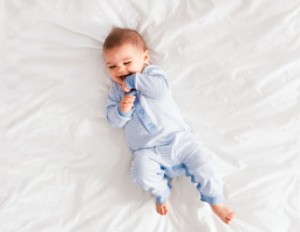 Should you buy life insurance for your child? It’s a morbid question, and one most parents don’t want to think about, but many likely do. The thinking is that if a child passes away, the parents would be so devastated that they wouldn’t be able to work. In that terrible scenario the money would help them get through those tough times.

Ed Rempel, a CFP with Armstrong & Quaile Associates, says that while that may be a valid reason to buy a policy, he doesn’t recommend it. Life insurance is meant for income replacement, he says.

The calculation to insure a parent’s income is well established. Should something happen to a parent then the insurance would payout enough to help cover expenses, like the mortgage and education for their kids. But insurance doesn’t cover emotional trauma, which is impossible to put a price tag on. “If a child is killed, then there will be a grieving process, but people will go back to work,” says Rempel.

A child doesn’t make money, so there’s no income to replace. “You need to look at the real need,” he says. “A child isn’t earning anything. Children actually cost more than they bring in.” From a purely financial standpoint—and he admits it’s not a pleasant argument to make—expenses will be reduced if a child passes away.

As James McKeown, a senior insurance specialist with Edward Jones, explains, it’s understandable that parents take time off after losing a child. Families need to cope with the emotional trauma of their loss. And while that pain may never fully go away, he says it’s unlikely the parents will quit their jobs for good. “Insurance isn’t about getting beyond the emotional impact,” he says. “It’s about compensating for a financial loss. Five-hundred thousand dollars won’t make it any easier for a grieving parent.”

Still, there may be a reason to take a policy out on a child. Most insurance companies allow parents to add a child rider, a provision that allows the policyholder to add benefits to an existing insurance policy for an extra cost. That rider might be as low as $2.50 a month and should a child die, it might give the parents between $10,000 and $15,000 to cover funeral expenses. Of course, if the child is unhealthy then the insurance will not be available.

The rider also gives the child the option to buy around $250,000 (it varies by company) worth of life insurance with no questions asked when the he or she turns 25. Some companies also offer $150,000 of life insurance and $100,000 of critical illness insurance, even if the person has pre-existing conditions that would preclude them from getting insured.

In most cases the rider is enough, but McKeown has seen some people take out a stand-alone policy for $50,000 on their kids to cover funeral expenses and a few months off of work. Generally, insurance companies won’t let you take out more than $250,000 on a child, and they start asking questions around the $200,000 amount. “They don’t want people to profit from the child’s death,” says McKeown.

Generally though there’s a simple reason why buying a policy on a child doesn’t make much sense: most people don’t die young. The low mortality rate is why policies are so cheap for 20-somethings. Still, while it won’t cost much to insure a child, it’s still a cost that the parent will have to pay each month. That money is best used elsewhere, says Rempel.

If there’s no real rationale to take a policy out on a child, then why was this practice more common 30 years ago? In the 70s and 80s many parents bought whole life policies for their children, but only because these products were used a savings vehicle; the policy could eventually be turned in for cash.

With such low interest rates today, and with savings options like the RESP becoming more popular (RESPs were introduced in 1974, but gained investor interest he late 90s when the government introduced matching grants) it doesn’t make sense to buy a whole life policy for savings reasons. “I see some career insurance agents trying to sell this, but it’s one of the dumbest ideas out there,” says Rempel. “If you want to provide some savings, it’s better to use something else.”

If you are in your 20s and 30s and have an old life insurance policy Rempel says you should cash it in rather than continuing to pay premiums. Take the money, which is a lot less than what the policy would pay out, and put it in an RRSP or TFSA, he says.

If you really do want to buy insurance, Rempel says the best option is a 20-year term policy. It’s cheap and when it expires the child could decide if he or she wants to take out their own policy.