Anyone can fall prey to this common form of domestic violence. Experts share advice on how to tell if you’re at risk and what victims can do to recover. 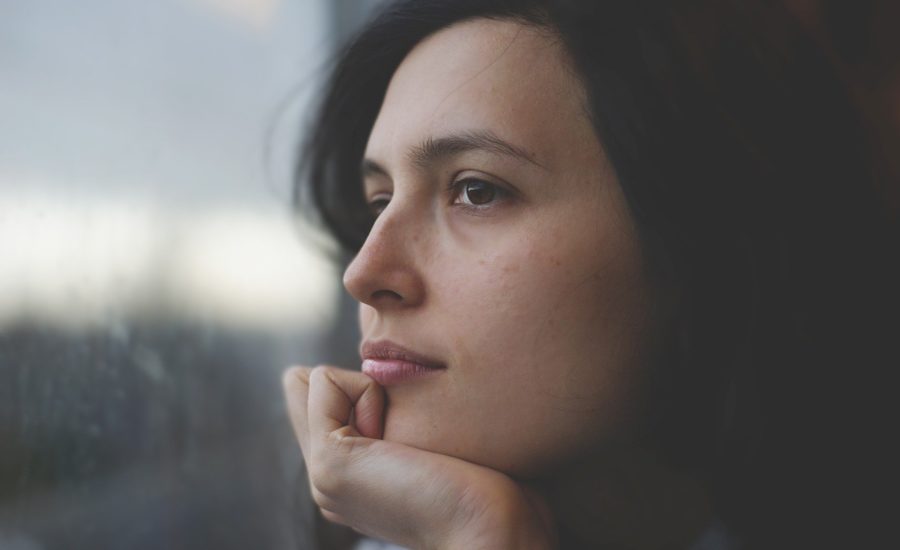 Image by Free-Photos from Pixabay

Tara and John* were engaged six months after they met and, for a while, their future seemed bright. Both were recent university graduates: Tara worked as a server while trying to break into her field and John had landed a job at a major bank. They discussed plans for their life together and things seemed idyllic—but in retrospect, Tara recognizes there were signs of the trouble to come.

Despite their having separate bank accounts, John asked Tara to turn over most of her income so he could handle their finances. “Here’s this guy whose specialty is investing,” she says. “It felt OK because we were supposed to be a team with shared goals. But I never had access to the money.”

As Tara got work in her field and her income increased, she continued to hand over her paycheques, believing it made sense for her financial advisor husband to manage their expenses. “I’d have to check in with him to spend any money,” she says, and John would often refuse.

Several years into their marriage, John was withholding money and information about their finances while regularly berating Tara about her spending habits, which she describes as minimal and family-related. “He’s making a couple hundred thousand dollars and I’m on mat leave, but he’s convincing me that we can’t afford our expenses and forces me to go back to work at five months postpartum,” Tara recalls. Her anxiety spiked as her self-worth plummeted.

After several years of escalating control, intimidation and emotional abuse, Tara initiated a separation. While undergoing divorce proceedings, it was revealed that John had saved more than $500,000 in an RRSP while forcing Tara to live on a fraction of her own income. Until both a counsellor and her lawyer used the term “financial abuse” to describe her situation, she hadn’t had a name for her experience.

Unfortunately, stories like Tara’s are all too common. Financial abuse is a prevalent form of intimate partner violence that can occur on its own or be connected to other forms of domestic abuse. Like all forms of domestic violence, it is experienced primarily by women. While it often goes unreported, around half of women in shelters in Canada indicate they have experienced financial abuse. The economic instability and isolation caused by the COVID-19 pandemic can make it harder than ever for women to navigate this issue or seek help.

We spoke to Liz Schieck, a certified financial planner, and Lieran Docherty, programs manager for the Women Abuse Council of Toronto (WomanACT), about financial abuse and how women can protect themselves.

What is financial abuse?

Tara’s experience illustrates the most common forms of financial abuse, including taking a partner’s paycheque or benefit cheque, withholding financial information, controlling all of the household finances, and doling out an allowance or making a partner ask for money. But other tactics can include gaslighting (for example, convincing someone they don’t deserve input because they make poor financial decisions, even if this isn’t accurate), coerced debt (when the abuser takes out loans or credit cards in their partner’s name), using threats or violence to assert financial control, not allowing a spouse to access education or to work, or sabotaging their employment.

Often, it can be hard for individuals to identify financial abuse because of patriarchal societal norms. “A lot of survivors discuss this grey area,” says Docherty. “They’ve been socialized to believe that [men controlling the household] is normal behaviour in a relationship, so when does it blur into abusive behaviour?”

Schieck agrees, having seen many clients in that grey area. “The dynamic around money between couples can be very fraught,” she explains. “This isn’t always a situation where it’s escalating and tied to other abuse and the person has to leave—sometimes it’s unintentional. But just because someone doesn’t mean to be abusing their partner doesn’t mean they’re not.”

While you might think it could never happen to you, anyone can become the victim of financial abuse—regardless of age, race, income, education or intelligence. There are, however, some strategies you can take to protect yourself.

Engage with your financial institution on a regular basis. If you have questions about your banking, investments or debts, ask your financial institution for clarification—particularly before signing anything. Ensure your name is on all joint accounts and investments. This is especially critical for women who become completely or partially dependent on a spouse’s income after the birth of a child.

Have your own bank account. Even when money is successfully being managed in a joint account, it makes sense to have a bank account in your name only, Schieck recommends, noting that it creates autonomy for each partner. “And if you do decide to leave a partner, it gives you a private place to build up some money.” It’s also good to have your own credit card.

Insist on joint ownership when you purchase a home with your partner. That means both your names will be listed as joint owners on the property title. “If the home is in a joint name, the other partner can’t take out a loan against the house without your consent,” Schieck advises. “It creates an environment of transparency.”

Check your credit report. This will reveal all the sources of credit in your name. If there’s anything on there that you aren’t aware of, contact the financial institution immediately to get more information.

Don’t share your banking passwords or PINs. Banks expect you to keep this information private, even from your spouse.

Keep communication open. “Sit down at least once a year to go over your finances,” Schieck advises. Even when abuse isn’t present, it’s best to regularly review finances as a couple. This can also help raise red flags, should a partner not wish to share access or information.

Seek help, if necessary. If you think you may be a victim of financial abuse, reach out to community services in your area (a women’s shelter or abuse hotline can offer guidance).

What to do if you’ve experienced financial abuse

Financial abuse occurs on a spectrum, and in some less severe cases can be worked through with couples or individual counselling and/or behavioural changes on the abuser’s part. This generally applies to cases where there is a power imbalance, rather than cases where one partner is being manipulated, coerced or otherwise harmed.

If you decide to end the relationship, Docherty advises that women first plan a safety net. Set aside small amounts of money, if possible, either in cash or a bank account. Reach out to community services in your region and determine whether you qualify for financial assistance programs.

If your credit has been damaged due to coerced debt, a small savings cushion may also allow you to get a secured credit card, which will help you bring up your score, says Schieck. “Your credit score is a reflection of how you behave with credit when you have access to debt,” she says. “The best way to build up your credit score again is to use credit and pay it off.”

Schieck also suggests asking a legal professional about additional options: “Can you contest any of the damage that’s been done to your credit by that partner? There are some legal avenues you can take.”

A lawyer or legal aid can also guide you through the separation process and help you file for spousal and/or child support payments. Unfortunately, abusers may attempt to maintain control of their former partner through the legal system, typically by challenging spousal and/or child support payments, says Docherty. Indeed, this was the case for Tara, who received a large divorce settlement (along with an equally hefty legal bill), but finds herself back in court repeatedly as her ex-husband attempts to regain control through continuing litigation.

Before reaching out for help, make sure you can do so privately (which can be more of a challenge now, during the COVID-19 pandemic, when partners are isolated together) and if a woman feels at risk, she should use caution in all communications. Delete any text messages or Internet search histories that may compromise your safety. If you are in immediate danger, call 911, Docherty urges.

Financial abuse is often an invisible threat, so it’s important to talk about it and be more proactive as a society, Docherty says. She believes improvement begins with better policies for women: “There’s so much more system work that has to be done to promote women’s economic security.”