Navigating financial differences in your relationship

Disagreements over money are common, even in an otherwise happy partnership. We asked two personal finance pros for advice on how to overcome your differences. 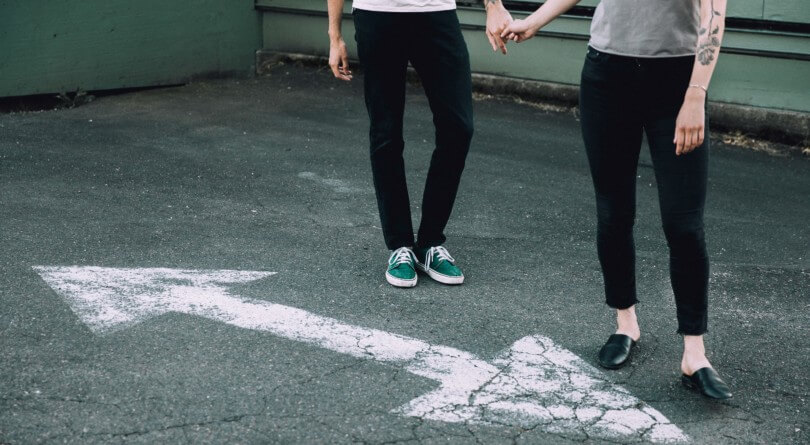 I remember going out with my then-boyfriend over a decade ago, when we were university students living on ramen (me) and McDonalds (him). While paying for the subway there was a mix-up at the fare booth. I’d made change from a $10 bill so I could deposit the $2.75 fare, but before I knew it he had “helpfully” scooped up all the change and dropped it into the payment box.

Because my suburbs-dwelling boyfriend didn’t normally take public transit, he was oblivious that we overpaid. Even worse, he had no idea he’d just given away the last of my money. I was crushed, knowing that I wouldn’t get my next paycheque for a few days.

While it was an innocent mistake, it marked one of the first times I’d noticed the financial disparity between my partner and me. Not only did he have money in the bank, he didn’t really seem to worry about his bills or cash flow. His tuition was paid for by his parents, while I graduated with $45,000 of student debt. We shared the same core values, but our life experiences had been vastly different, and it showed.

And yet, now 10 years into our marriage, he’s the more cautious spender who monitors our investments and feels stress when our account balance gets low, while I feel more comfortable and secure than I ever did growing up.

As it turns out, it’s not uncommon for couples to have conflicting perspectives or approaches to personal finance. In fact, it’s something Shannon Lee Simmons, founder of The New School of Finance in Toronto, sees as the norm—even more so now that people are coupling up later in life.

“Many times, people have spent a decade as an adult living their own financial life and then when they get involved with someone else, they have to combine established financial habits, views and lives,” Simmons explains. That said, new couples and longtime partners of all ages can face the same issues. “Money habits are deeply personal and are influenced by our upbringing, our financial wins and struggles and risk tolerance. All of those are ageless,” she says.

Sandra Macenko Merkley, an advisor with Scotia Wealth Management in Calgary, agrees that financial differences are common, noting that many couples have conflicting approaches to investing as well. “An individual’s risk tolerance can be influenced by multiple factors including age, time horizon, health, and their desire for capital preservation, investment income and/or growth,” she says.

In short? Everyone’s different, and your financial or investment advisor is not going to be surprised when you admit to some marital tension over money. And there are steps you can take to bridge any gaps in perspective that might cause strife with your partner. Here are a couple of common ways partners clash over finances, with expert advice on how to overcome these differences.

The Conflict: Ostrich vs. Hawk

Lindsay, a childcare worker, and Ben, a shipper-receiver in a medical lab, are a Toronto-area couple in their early 40s. They have been married for 10 years and consider financial stress an ongoing problem in their otherwise happy relationship.

“We often argue over money, usually my spending,” says Lindsay, who makes most of the household purchases for their family, including their two kids, ages 7 and 9. “If I buy something with our credit card, Ben is aware and calls me almost instantly. He questions my purchases and reminds me how much is in our account. It drives me insane—I feel like I’m being parented.”

At the same time, Lindsay admits she tends to bury her head in the sand when it comes to their finances. “I’m not aware of most of our bills,” she says. “I’m terrified that I’d mess it all up if I took over.”

“She never checks the bank account and I’m not overly happy about it,” says Ben, adding that he wishes his wife were more involved in managing their finances.

The Conflict: Security vs. Spending

Mark and Bethany are a Calgary-based couple who have been married for 14 years and have three children under the age of 12. Mark works as a professional geologist while Bethany, a former lawyer, is a stay-at-home parent. While they have a comfortable household income and own both a primary residence and a vacation home, the pair have different mindsets around wealth.

“I could have a million dollars in the bank and I’d still hate spending money,” Bethany admits, noting that financial security is incredibly important to her. “He’s comfortable with having less in the bank.”

Mark calls his wife “frugal” and admits he spends more freely. “I feel like we are very well off with a nice house and a vacation property,” he explains. “My kids have a lot more than I did growing up.”

Even the best marriages take work sometimes, and getting your financial lives aligned is a great step in maintaining a solid foundation. With open communication, a roadmap that considers each partner’s goals and personal history, and a commitment to work together as a team, the path to success (and peace of mind) suddenly becomes much clearer.