There are many ways and reasons why couples argue about money. By starting slow and taking the time to understand each other’s motivations for spending (or not spending), you can build a financial plan for a stronger future together. 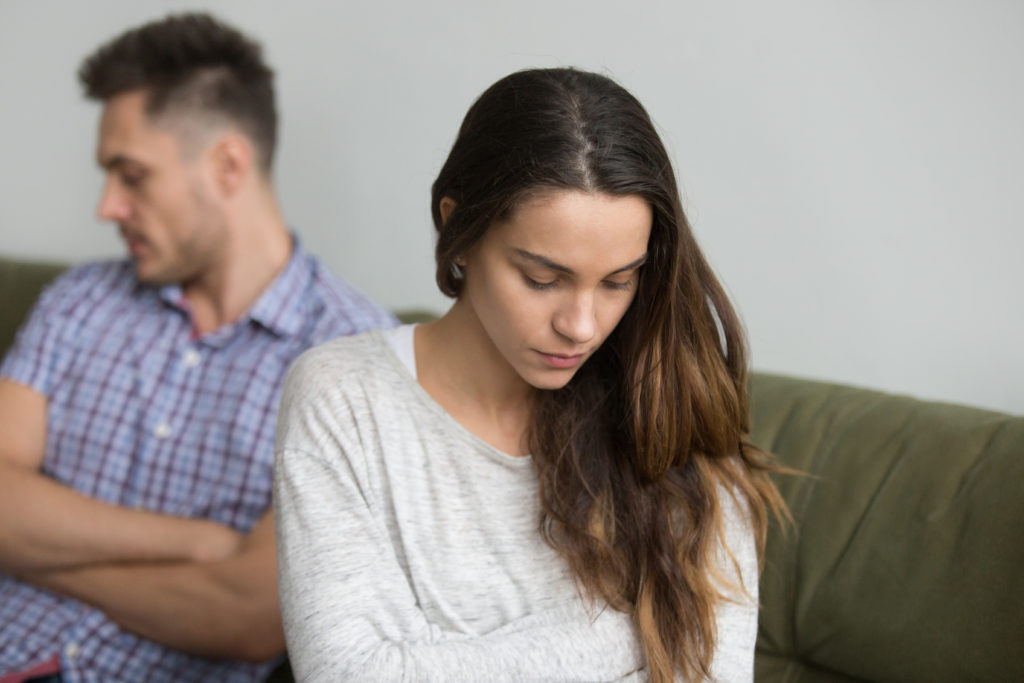 I can vividly recall a couple in their early 30s sitting in my office, voicing their concerns about their inability to deal with their debt. They’d been together for a number of years and shared a lot of debt, and it quickly became clear that they didn’t communicate well about their spending choices. What finally brought them into my office were his recent, impulsive splurges, including new golf clubs and an ATV. Her response was to buy an expensive new coat and leather boots, which she was only too happy to show off. I definitely had my work cut out for me that day.

Think about the last time you and your partner talked about money: How did it go? The topic can set off emotional triggers and many couples would rather avoid another argument than face their money challenges head-on. From arguing about credit card statements and who spent how much, to bickering about incomes and who covered what, playing the blame game or spending out of revenge, money fights can, unfortunately, lead to serious long-term consequences.

If you and your spouse can manage to focus on tasks instead of arguing when you talk about money, like who paid which bill and if it was paid on time, your home may be a little more peaceful—but you’re not out of the woods yet. There are many ways and reasons why couples argue about money. That’s why talking about money with a spouse needs to be proactive rather than reactive, and go beyond day-to-day money management. It needs to encompass financial goals and where you see yourselves in the future.

How to start talking to your spouse about money

No one likes to be ambushed with what can be a difficult topic. So start by setting a time with your spouse to talk about money, so that both of you can prepare mentally and emotionally. Determine some ground rules (for example, setting a firm end time for your “appointment,” and no blaming or bringing up past disagreements) and make the goal of your first talk to just talk. Listen to your partner for the sole purpose of understanding what they are saying. Avoid judging what they say or trying to come up with a response. Just listening is a skill worth practising.

Next, share your values and what’s important to you with each other. This will help the other person understand the motivations behind your spending decisions. Someone who values a secure and stable home life will spend in ways that protect their home and their family. They could prioritize spending money on home maintenance, saving up an emergency fund and paying their bills before buying a flashy new vehicle. Conversely, a spouse who values adventure might buy a motorcycle or spend on a thrill-seeking vacation before they deal with their debts. Don’t assume that you know your partner’s spending motivations. Let them tell you.

A word of caution: It can be easy to assume that we know our partner’s motivations. However, it’s important to set our assumptions aside. For instance, we might assume that someone who grew up in a home where money was tight and guardians argued about finances a lot may not have learned how to budget. The opposite is actually often true; those who have the least need to budget what they do have very carefully. Such a person, however, may have trouble spending their savings for fear that they may leave themselves short. Setting goals, saving towards them, and then being afraid to spend the money can cause as much friction in a relationship as incurring debt.

It may take more than one money talk for you and your spouse to open the lines of communication around your finances. Once you do, then it’s time to start working on a joint plan for your money. The key is to acknowledge that you won’t agree on everything, so it’s important to start with a few things that you can agree on. That might mean using bank accounts to organize your money, giving yourselves an allowance, or divvying up duties. Some couples set ground rules—for example, if one partner’s desired purchase costs more than $100, it has to be a joint decision.

There are ways to budget and manage money together that may be more or less effective, but there is ultimately no entirely wrong way to do it. Draw on each other’s strengths and work together; do what works best for the two of you. Focus on progress, not perfection. This will start building a foundation from which you can start working on what you don’t agree on.

What it means to debt-proof your relationship

One of the hardest parts of communicating with your spouse about money is coming clean about your spending. It means being totally honest and upfront, remembering to reveal secret spending and financial infidelities, and not lying by omission. It means showing each other credit card and bank account statements, pay stubs and income tax information. If this causes you to sink into your seat, remember that keeping secrets is a lot more work than coming clean. You’ll feel a sense of relief by fessing up and having someone in your corner as you figure out what to do about the debts.

Couples also benefit when they manage money together. The communication skills you learn will help to reduce overall conflict in your relationship. You’ll face less stress and fewer money worries, and can make decisions together. You’ll also share in your successes, and find joy in having a partner to help you stay focused as you work on your joint vision for a future together.

Don’t let your future happen by default—plan for it

The future will happen whether we take charge and plan for it or simply sit back and go along for the ride. Your hopes and dreams aren’t likely to become reality if you don’t change them into goals with a plan for how to achieve them. This is where a spending plan, or budget, becomes your best friend. It should include some of each of your goals, show you both what you’re working towards, how much there is to spend, that all of your bills and debt payments are being taken care of, and what your future will look like.

Then, whenever a possible expense comes up, talk about it and decide if your plan allows for it right now, if you need to wait a bit and manage other priorities first, or if you need to shelve the potential expenditure for the time being. Keep up the weekly financial appointments with each other to ensure you’ve got a judgement-free zone to talk to your spouse about spending decisions. This will help avoid money arguments that end with no positive outcome for anyone.

When to call in a third party

Arguments about money are often not about the money at all—but you may not know what your argument is truly about. If you and your spouse are unable to have a civil conversation about money despite everyone’s best efforts, consider asking a counsellor or unbiased friend to mediate your conversations. Choose someone you both trust to have in the room with you when you discuss private financial matters. This third person can help you stay focused on what you want to discuss by asking scripted questions or reminding each of you to stick to your speaking points if things escalate.

To break your pattern of arguing about money, you need to do things differently than you’ve done in the past. The benefit of asking a professional counsellor rather than a friend to mediate your discussions is that the counsellor can help you get to the root of your communication breakdown. You may even be able to get some help paying for counselling services through your employer’s extended health benefits.

Money is like a silent third partner in a relationship. Whether there’s plenty of it to live a comfortable lifestyle, not enough to make ends meet, or an amount somewhere in between, it’s crucial to be able to communicate effectively with your partner about your household finances. Rather than engaging in revenge spending—and your version of golf clubs or high fashion—work to understand how what’s important to your spouse impacts their spending decisions. While money won’t buy happiness, it will pay the mortgage, buy groceries and make good times possible.

Scott Hannah is President and CEO of the award-winning, non-profit Credit Counselling Society, which has helped more than 600,000 Canadians since its inception in 1996.