How rewards cards can cost you money

If used improperly, rewards cards can be a hidden drain on your finances. 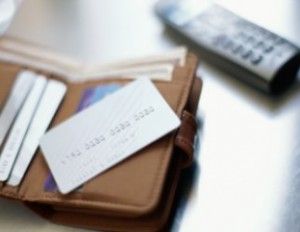 I’m always surprised at the ways in which we are able to delude ourselves. We take a perfectly good idea, shave it, twist it, roll it around, and then we execute a not-such-a-great idea. Case in point: reward cards.

In theory reward cards are great. You do shopping for stuff you’re gonna buy anyway and by using the right rewards card you can get anything from money back to free vacations. What’s not to like? Like Dire Straits said, “Money for nothin’.”

If you’re dumb enough to be carrying a balance on one of those reward cards, you are more than paying for your “free” stuff with the high interest you’re forking over every month. Most reward cards charge interest in the 20%+ range. Carry a $5,000 balance and you’re looking at about $1,000 a year in interest.

Maybe you’re not carrying a balance. You pay your balance off in full and on time every single month. Score one for you. But did you know that the fact that you have a rewards card could mean you’re spending more money than you would without one?

According to a study done by the Federal Reserve Bank of Chicago and reported in The Wall Street Journal, “The initiation of a 1% cash rewards program yielded, on average, a $25 reward each month — and an increase in spending by $68 a month and in credit-card debt of $115 a month…”

And then there are the folks who fork over good money to participate in a rewards program with restrictions on what they can do with their “points.” When I was considering a cash-back card recently, I weighed. the cost of the card against the annual fee and the cap on the rewards. Really? you want to charge me AND cap my savings? Hmm … and decided it just wasn’t worth the aggravation.

Reward cards make sense only if you’re not carrying a balance – EVER – and the benefits far outweigh any fees you may have to pay. And only if you are rigorous about not buying more to earn more points. If you’re not sure your card’s working for YOU, cancel it.